Jacksonville family grieving after dog shot and killed by police

The Jacksonville Sheriff's Office said the dog charged at the officer who was responding to assist JFRD with a medical call. The officer shot the dog three times. 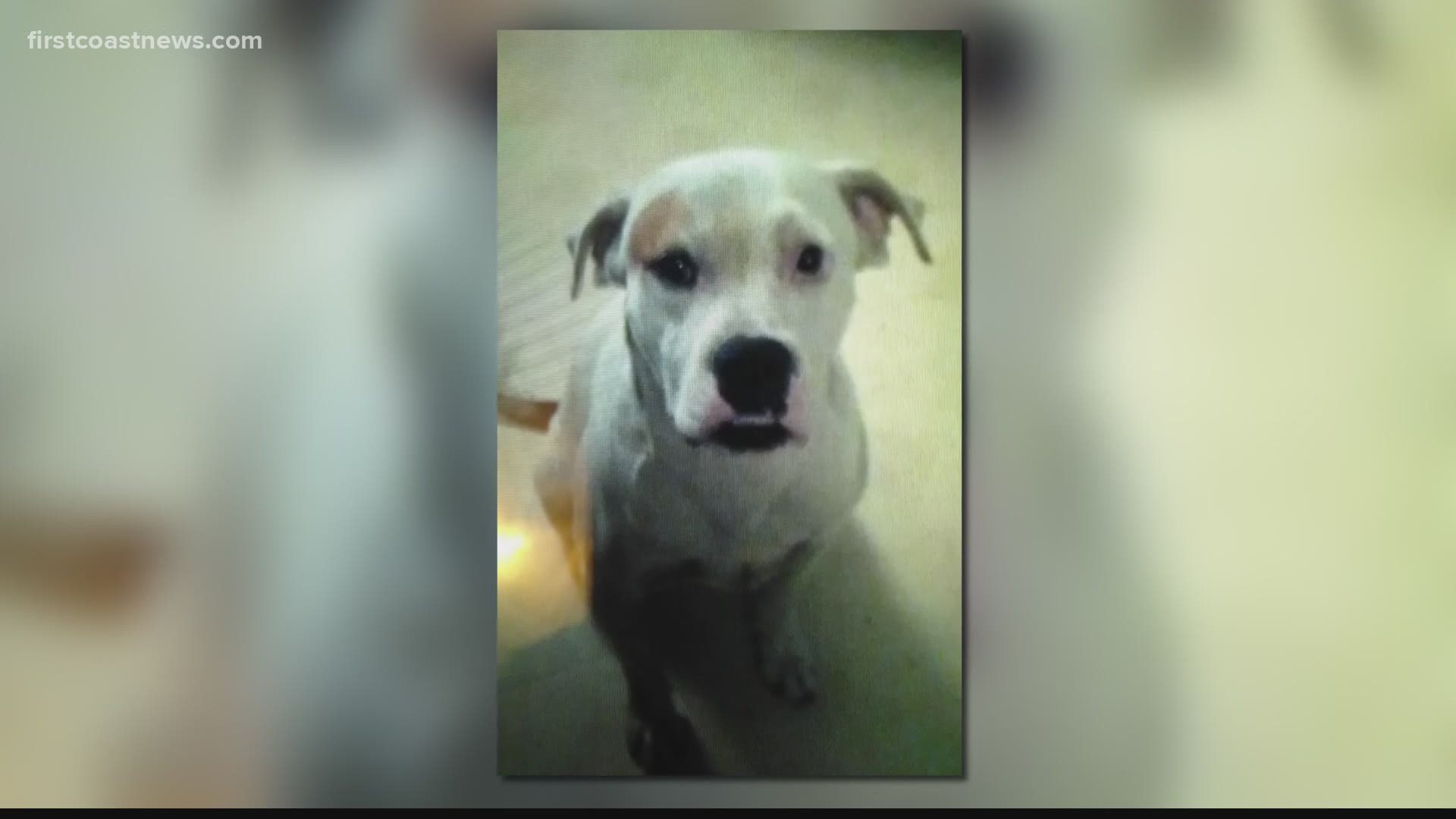 JACKSONVILLE, Fla. — "That was like my son down there."

A Jacksonville family is grieving after their dog was shot and killed by police during a family member's medical emergency Wednesday night.

The Jacksonville Sheriff's Office said Officer E. Hairston was sent to the family's home on Nevada St. to assist Jacksonville Fire Rescue Department with an "unknown situation," according to the incident report. A woman called for help, saying that her daughter fell in front of her home, then disconnected from the call, the report says.

Hairston was the first to arrive on the scene just before midnight, and tried to make contact with the residents of the home to get more information about what happened at the scene, the incident report says. When he walked into the yard, a white pit bull terrier charged at him.

Because the dog was charging at Hairston with the threat of causing "great bodily harm," the officer drew his service pistol and fired three shots at the dog, the incident report says.

The family reached out to First Coast News about the incident. Janice Smith said she called JFRD because her daughter was having a seizure in her driveway, and when JSO arrived she and her son told the officer to stay out of the gate until they could put the dog up.

"I'm mad...I loved that dog, I raised that dog since he could fit in my hand, he's five generations down, and he had the right to come in here to kill my dog?" Smith said.

Smith said Hairston entered the yard where the dog was near the two women, when the officer pulled his gun and shot several times, killing the dog.

"That dog that they shot? He was like a lapdog, a poodle, he was real fat, he had a big old head, he would waddle and slobber on you," Smith said.

The JSO incident report says once scene safety was established, JFRD arrived and helped the woman who was experiencing a medical emergency.

Animal Control was not called to the scene. Several JSO personnel were alerted to respond and process the scene, according to the incident report.

"What hurts is knowing that looking at my yard, this is what I get to see, that big black spot, I know that is my dog that was laying here," Smith said.

Smith wants the officer to be reprimanded for his actions.

JSO says the incident is not being reviewed at this time, and shooting a dog in the line of duty is acceptable if an officer believes there is a threat.

First Coast News has requested the body camera footage and disciplinary records for the officer.