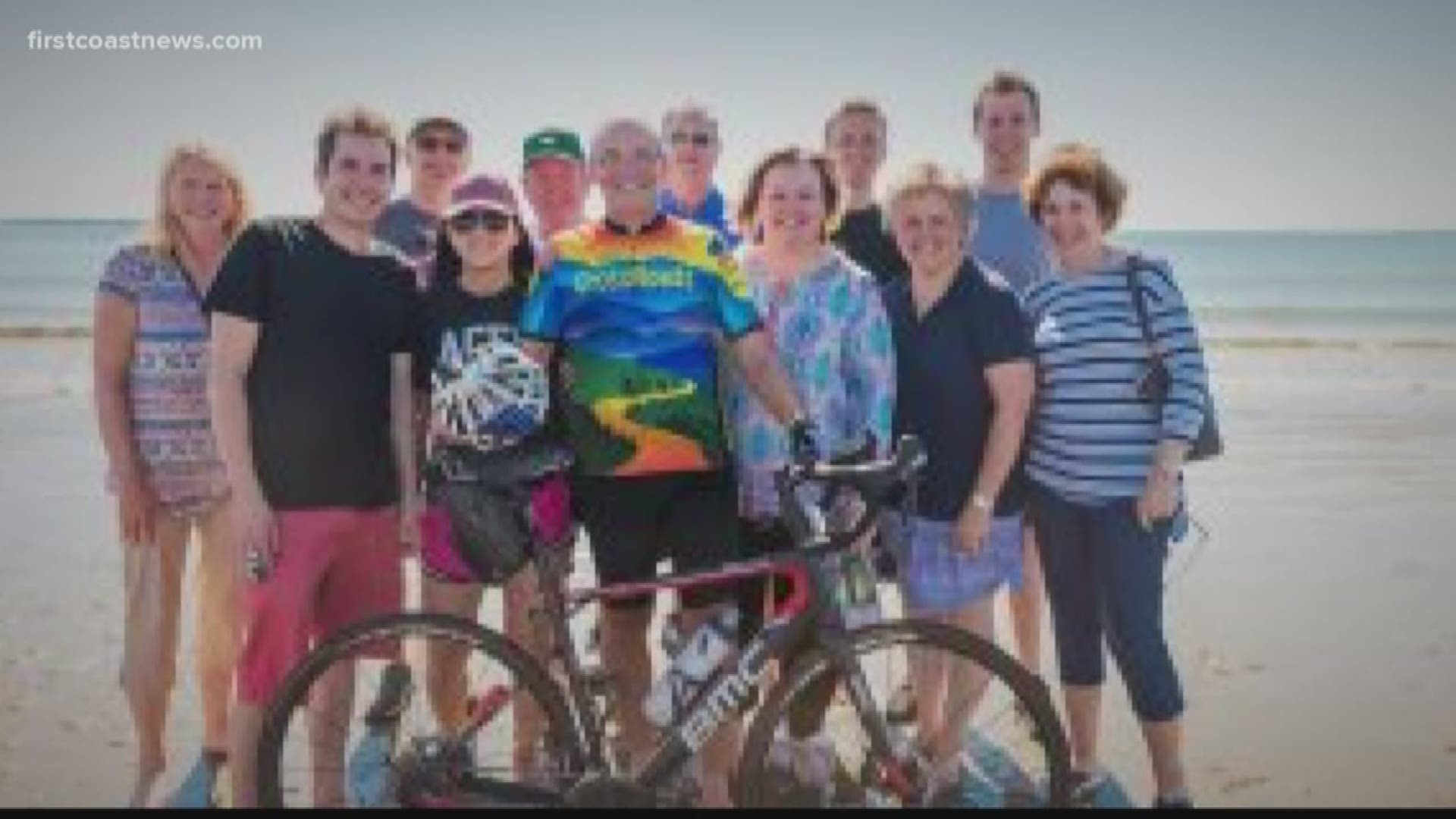 JACKSONVILLE, Fla. -- Chances are, you never heard of the cancer, Waldenstrom macroglobulinemia. It's a non-Hodgkin Lymphoma. It's very rare and only 1,000 to 1,500 people are diagnosed each year. There's not a lot of research and funding for it, but, Christopher Edgerton is trying to change that.

"There sort of isn't a treatment, to start off with, it's a wait and watch, which seems funny because someone tells you you have got a lymphoma and you do nothing about it," Edgerton said.

He was diagnosed with this cancer this time last year. He produces one too many proteins, which leads his immune system to not work as well as it should. He came to Mayo Clinic here in Jacksonville where he met Dr. Sikander Ailawadhi.

"Initially he didn't have any symptoms, but slowly and gradually as he was followed, he started developing this neuropathy, this numbness and tingling in his hands and feet and it got to the point where it was affecting his activities, things that he liked to do," Ailawahdi said.

So, Christopher wanted to do something. He decided on a cross-country bike ride, a bucket list item, to raise awareness, and money for Waldenstroms.

He wasn't a cyclist until he started training last August with a 9-mile ride. Nine months later on May 14, he started his 48-day journey. He wrote in his blog every day.

"After those first few weeks, we went across the desert and did long rides and climbed 7,000 feet over a couple of days to Flagstaff, I realized that I could do it, it was just a case of keep going for eight hours every day," he said.

His trip took him from Los Angeles to Boston.

"It made me feel alive. I think that's the biggest thing. When you're on a bike outside every day seeing things you feel alive," he said.

His bike's name is Irma. He says he got the bike last August and had to wait for the hurricane to pass. He then decided he would "ride Irma out."