2020 Atlantic hurricane season keeping the Gulf coast on their toes

For the First Coast, it might feel like things have been quiet this hurricane season. However, it's a completely different story for folks across the Gulf coast. 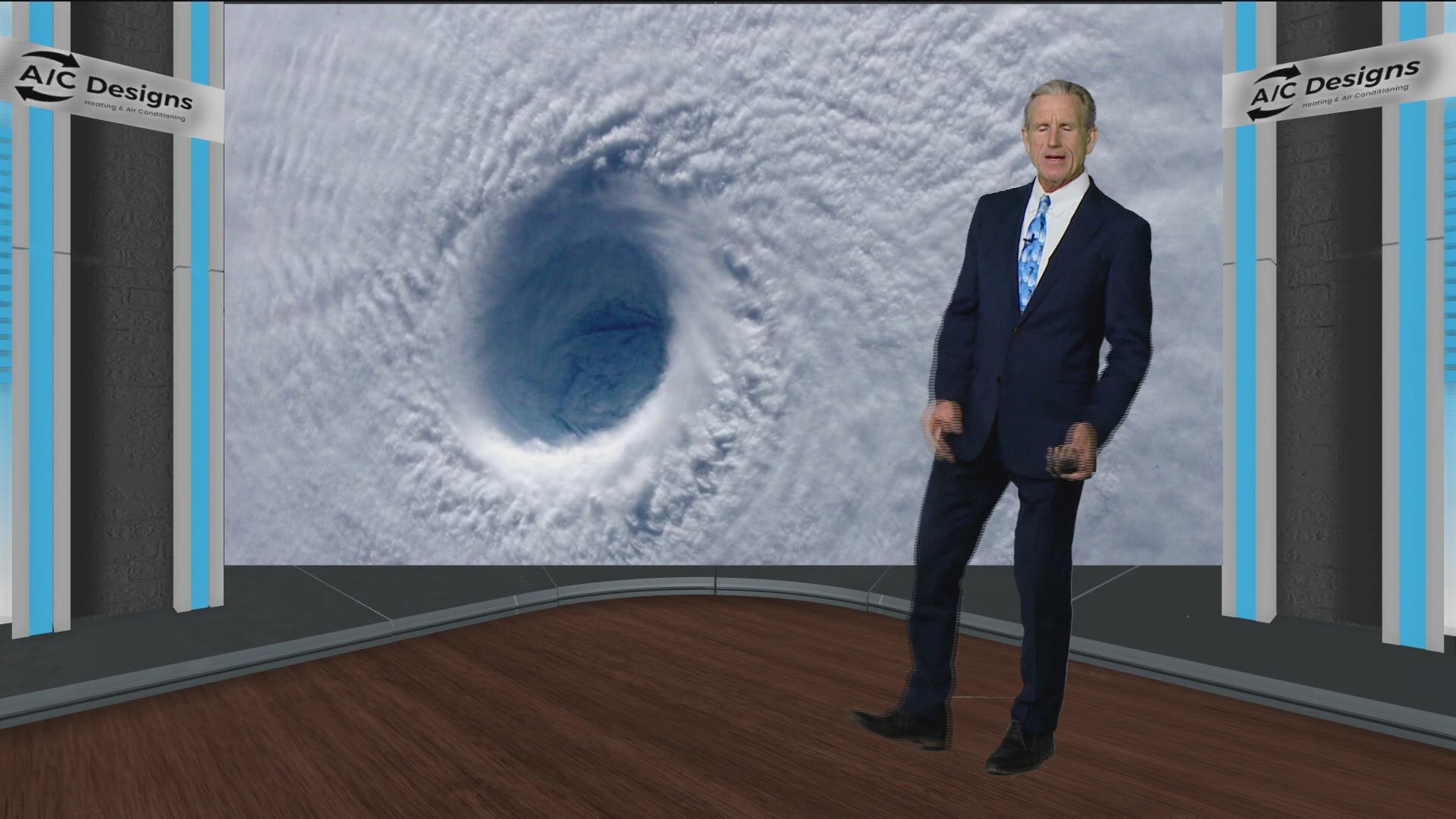 JACKSONVILLE, Fla. — Mention the 2020 Atlantic hurricane season to someone in Florida or Georgia and they might tell you, "It hasn't been bad at all" or "'They' said it was going to be a busy year, but we haven't seen anything here."

Last week's landfall of Hurricane Zeta made five storms to move onshore the Louisiana coast alone this season. Before Zeta, there was Cristobal, Marco, Laura, and Delta.

Zeta also made for the 8th landfalling storm for the Gulf coast as a whole.

So, why does it seem like the Gulf coast has been the bullseye for this year's Atlantic hurricane season? There are a few factors that have helped contribute to the storms steering their way... one after another... after another.

The obvious one is the fact that our ocean temperatures are warmer than normal. This has helped fuel and sustain storms as they are traveling through the Gulf.

The second is our La Nina pattern.

La Nina -- translated from Spanish as “little girl" -- is a natural ocean-atmospheric phenomenon marked by cooler-than-average sea surface temperatures across the central and eastern Pacific Ocean near the equator. This phenomenon is the opposite of El Nino -- “little boy” -- which features warmer-than-average sea surface temperatures in the same region.

La Nina can contribute to an increase in Atlantic hurricane activity by weakening wind shear over the tropical Atlantic and Caribbean Sea. This allows storms to develop and intensify, which is exactly what we've seen occur in 2020.

There's been an upper level pattern with a prominent high pressure ridge over the west -- hence the fires across the western United States this year, too. Occasionally, lows will drop on the ridge's east side down into the Desert Southwest and Mexico.

In addition, this same west coast ridge has allowed for a longer term and flatter trough across the Great Lakes. This tends to help keep a stronger surface high near Bermuda -- our Bermuda high pressure that brought us summertime storms and some fantastic summer weather.

This Bermuda high also helps act as a shield for the First Coast. And just like what we saw happen this Atlantic hurricane season, storms were suppressed here at home but were steered north toward the central Gulf coast.

While this pattern has been good for us, it's been quite a headache for our friends across the Gulf coast.

So, you might want to think again when you say "Oh, this hurricane season hasn't been that bad."

RELATED: Yes, Atlantic tropical storms and hurricanes can form even after the season ends