Weather Why: Flat cloud bottoms in the summertime sky

FCN Viewer Sandra Brooks asks, "Why are the cloud bottoms flat and the tops different heights? What determines how high off the ground the clouds drift by?" 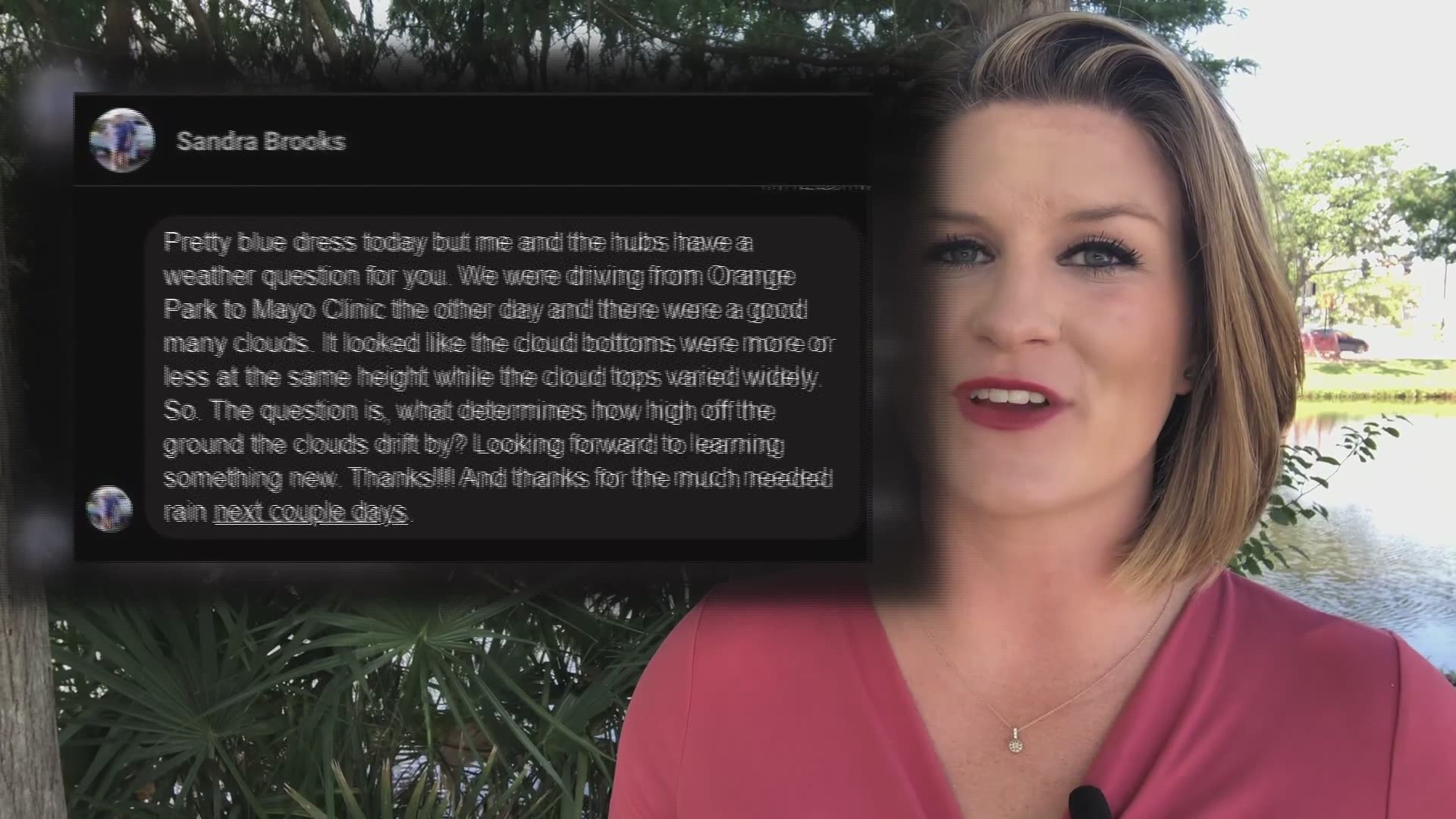 JACKSONVILLE, Fla. — In the summer, you may notice how we start off with a clear, blue sky in the morning but by the afternoon those puffy white clouds begin to build.

The cloud heights can be different, but the bottoms always tend to be uniform. How do they line up so perfectly?

Simply put - the sun radiates heat and warms the air at the ground. Warm air rises and, as it does so, it eventually cools.

These clouds build higher and higher into the atmosphere throughout the day as more warm air gets shoved up into the cloud. However, the bottom level of the cloud where the air is condensing stays the same.

Clouds come in so many different shapes and sizes! Keep looking up and if you see something cool, send it our way.

Wikipedia defines the lifted condensation level as the height at which the relative humidity (RH) of an air parcel will reach 100% with respect to liquid water when it is cooled by dry adiabatic lifting. The RH of air increases when it is cooled, since the amount of water vapor in the air (i.e., its specific humidity) remains constant, while the saturation vapor pressure decreases almost exponentially with decreasing temperature. If the air parcel is lifting further beyond the LCL, water vapor in the air parcel will begin condensing, forming cloud droplets. (In the real atmosphere, it is usually necessary for air to be slightly supersaturated, normally by around 0.5%, before condensation occurs; this translates into about 10 meters or so of additional lifting above the LCL.) The LCL is a good approximation of the height of the cloud base which will be observed on days when air is lifted mechanically from the surface to the cloud base (e.g., due to convergence of airmasses