Isaias weakens to a tropical storm over eastern North Carolina

The threat for strong winds, heavy rain and tornadoes are starting to shift into southeast Virginia this morning. 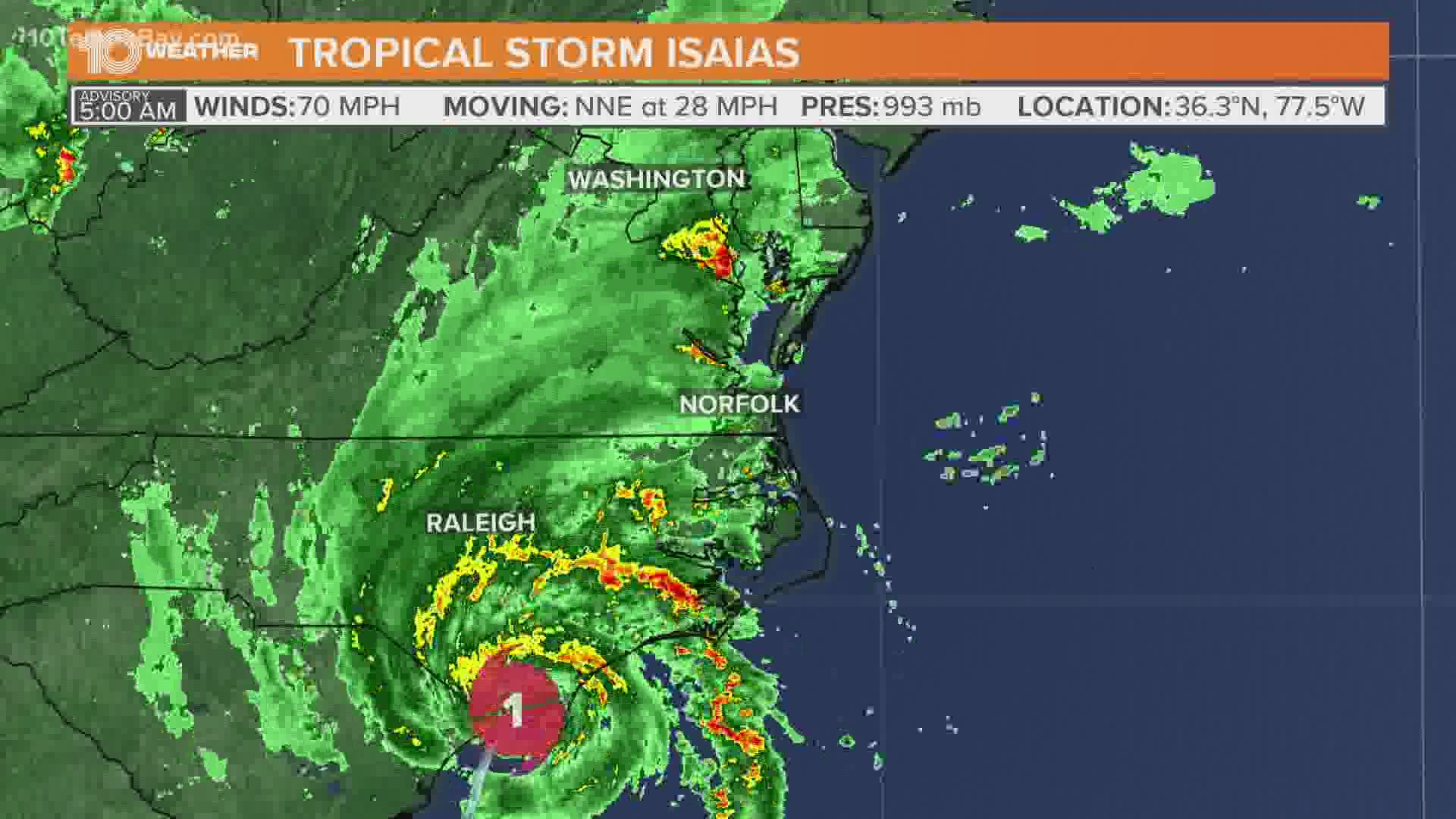 Isaias made landfall as a Category 1 hurricane around 11:10 p.m. Monday near Ocean Isle Beach, North Carolina, as an 85-mph storm, according to the National Hurricane Center.

Hurricane warnings have been issued for parts of Carolina coasts, with tropical storm warnings up into Maine.

Tropical Storm Isaias weakened from a hurricane to a tropical storm Saturday after impacting the Bahamas and hasn't been able to strengthen largely because of strong wind shear.

Even if it had remained a tropical storm, the NHC says, "It should be emphasized that there is little difference between a strong tropical storm or a category 1 hurricane, in terms of impacts."

The Tampa Bay area escaped most of the direct impacts of Isaias over the weekend, with fringe bands of showers and storms Sunday.