Bertha weakens to a Tropical Depression, spreads heavy rains over the Carolinas 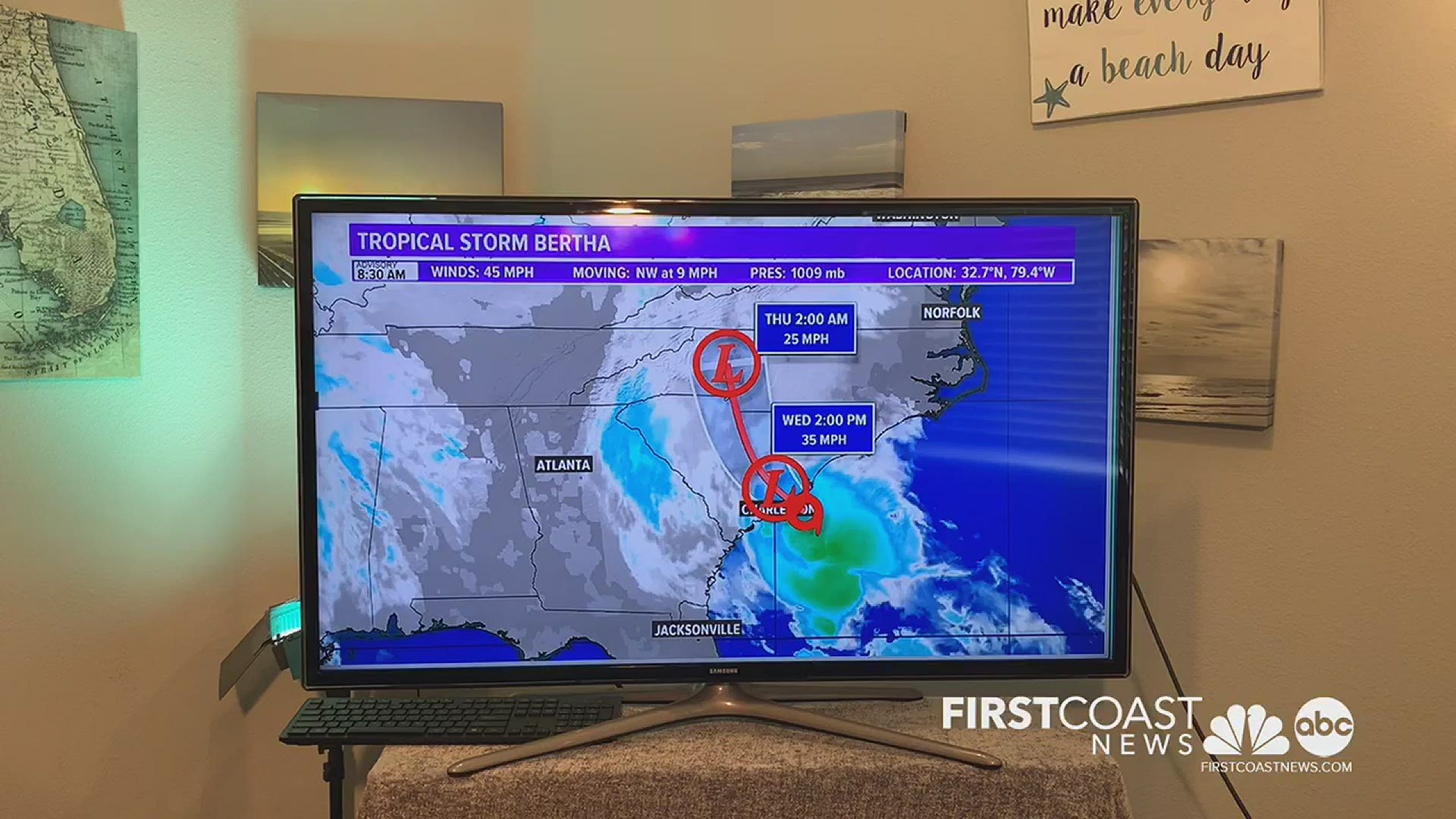 As of the 2 p.m. National Hurricane Center advisory, this system has weakened to a Tropical Depression.

The First Coast saw impacts from this system on Tuesday, when it was considered Invest 91L with little to no chance of development. Bertha has overcome a lot of odds in the past 48+ hours, including strong upper level winds, dry air, and land interaction.

RAINFALL: Bertha is expected to produce total rain accumulation of 2 to 4 inches with isolated totals of 8 inches across eastern and  central South Carolina into west central to far southeastern North Carolina and southwest Virginia.  This rainfall may produce life-threatening flash flooding.