Astronomically, we define our seasons with equinoxes and solstices. The summer solstice marks the longest day of the year in the northern hemisphere! 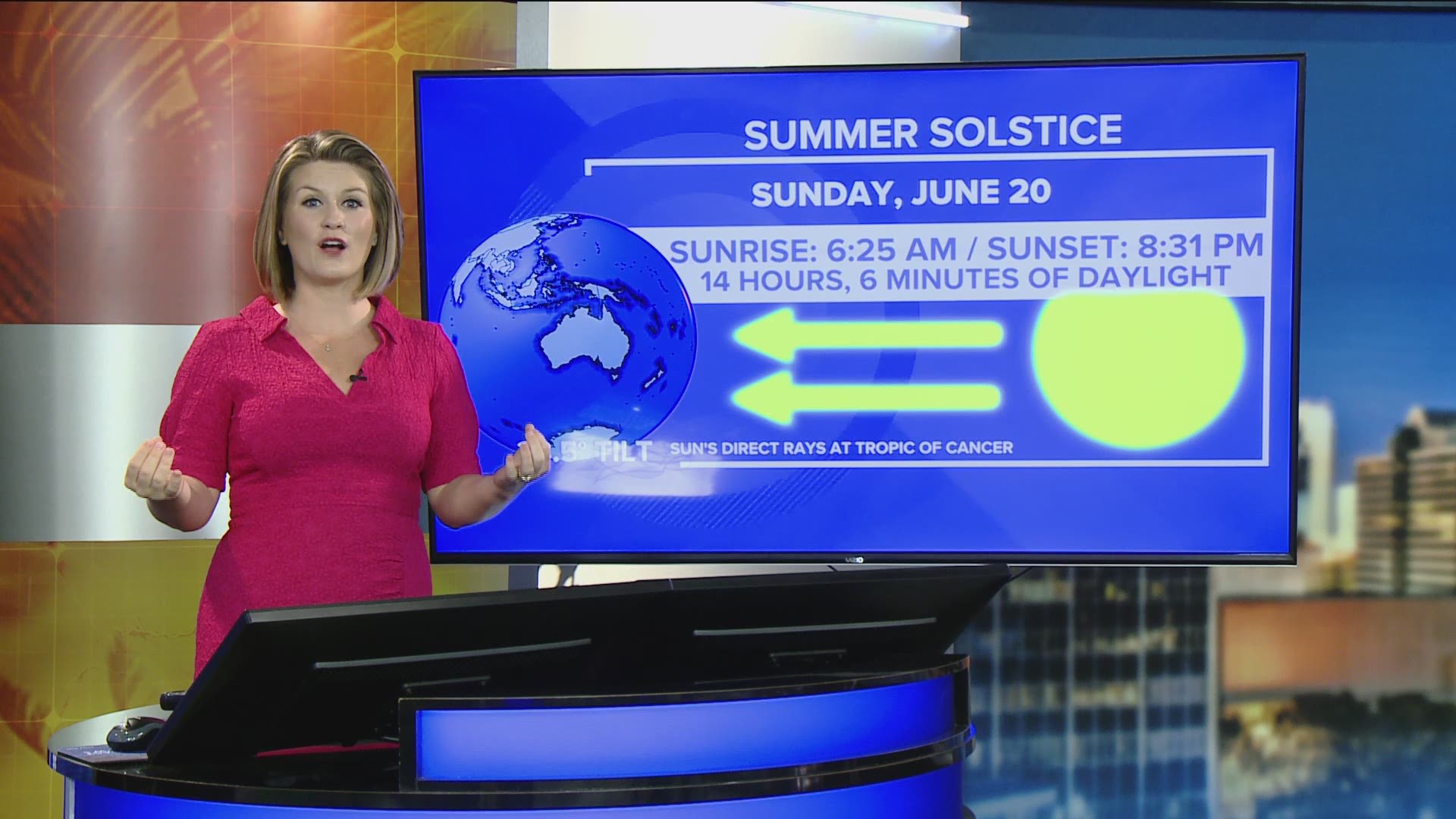 JACKSONVILLE, Fla. — Do you notice the days getting longer? We've just about hit our maximum daylight time with the summer solstice fast approaching.

Sunday, June 20 will mark the longest day of the year in the northern hemisphere with the summer solstice. And as a reminder - that also coincides with Father's Day. A little bonus to celebrate all of the wonderful Dads in your life!

Not only does June 20 mark the longest day of 2021, but it also is the first day of summer in the northern hemisphere - that is, astronomically-speaking

The summer solstice occurs when the Sun travels along its northernmost path in the sky, or the Tropic of Cancer. This happens because of Earth's 23.5 degree tilt. In June, the Earth's North Pole is at its maximum tilt toward the Sun, resulting in the longest day and shortest night of the calendar year. The opposite happens in the southern hemisphere where it is also winter!

In 2021, the moment the Sun's rays hit the Tropic of Cancer is 11:32 p.m. ET. From that point on, the Sun's rays will begin to reverse course and move back south toward the Equator.

The timing of the June solstice is not based on a specific calendar date or time. Instead, it all depends on when the Sun reaches its northernmost point from the celestial equator. Currently, the summer solstice shifts between June 20, 21, and 22.

On Sunday, June 20 notice how the Sun appears higher in the sky! You may even notice your shadow at solar noon is the shortest it will be all year long. Summer is in full effect.