3 in hospital after roofer gets struck by lightning in Middleburg

One of the workers was struck by lightning while the other two suffered minor injuries. 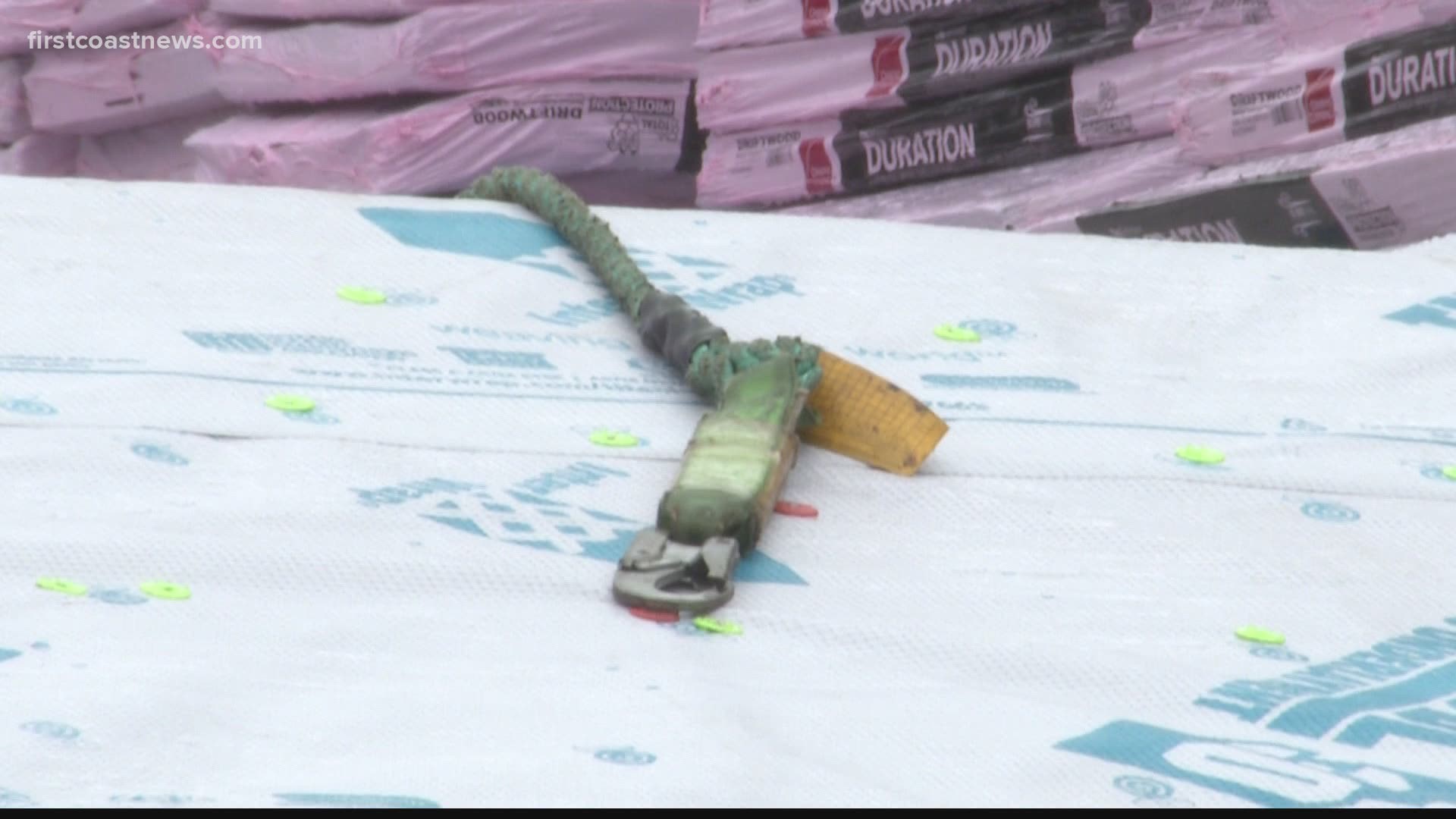 MIDDLEBURG, Fla. — Three workers were transported to the hospital after one of them was struck by lightning while on top of a roof in Middleburg, according to Clay County Fire Rescue.

At 2:40 p.m., fire crews said they responded to calls about a lightning strike at the Middleburg Bluff Apartments, located at 2425 Iris St.

Crews say one of them was struck by lightning and went into cardiac arrest. Paramedics performed CPR on the individual before being transported to the trauma center of the Orange Park Medical Center.

The other two were also transported to the hospital, but with minor injuries related to falling off of the roof and dizziness.

Neighbor Larry Mansfield saw a flash of lightning that caused him to get up from his chair inside his apartment and check the noise outside from the clap of thunder.

"They pulled one man out of the backyard over there and they were having to work on him, on his chest and what not and he looked pretty bad," Mansfield told First Coast News.

He saw one man climb down from a ladder and believes the man who was hit by lightning fell off the roof toward the back of the apartment.

Annaleasa Winters, the Clay County Board of Commissioners' public information officer, only identified the three as one man, although Mansfield saw two men.

RELATED: Bertha weakens to a Tropical Depression, spreads heavy rains over the Carolinas