Science with Steve: What exactly is wind chill?

We have the coldest air of the season so far Wednesday with wind chill factors making it feel 50 degrees colder compared to Tuesday afternoon. 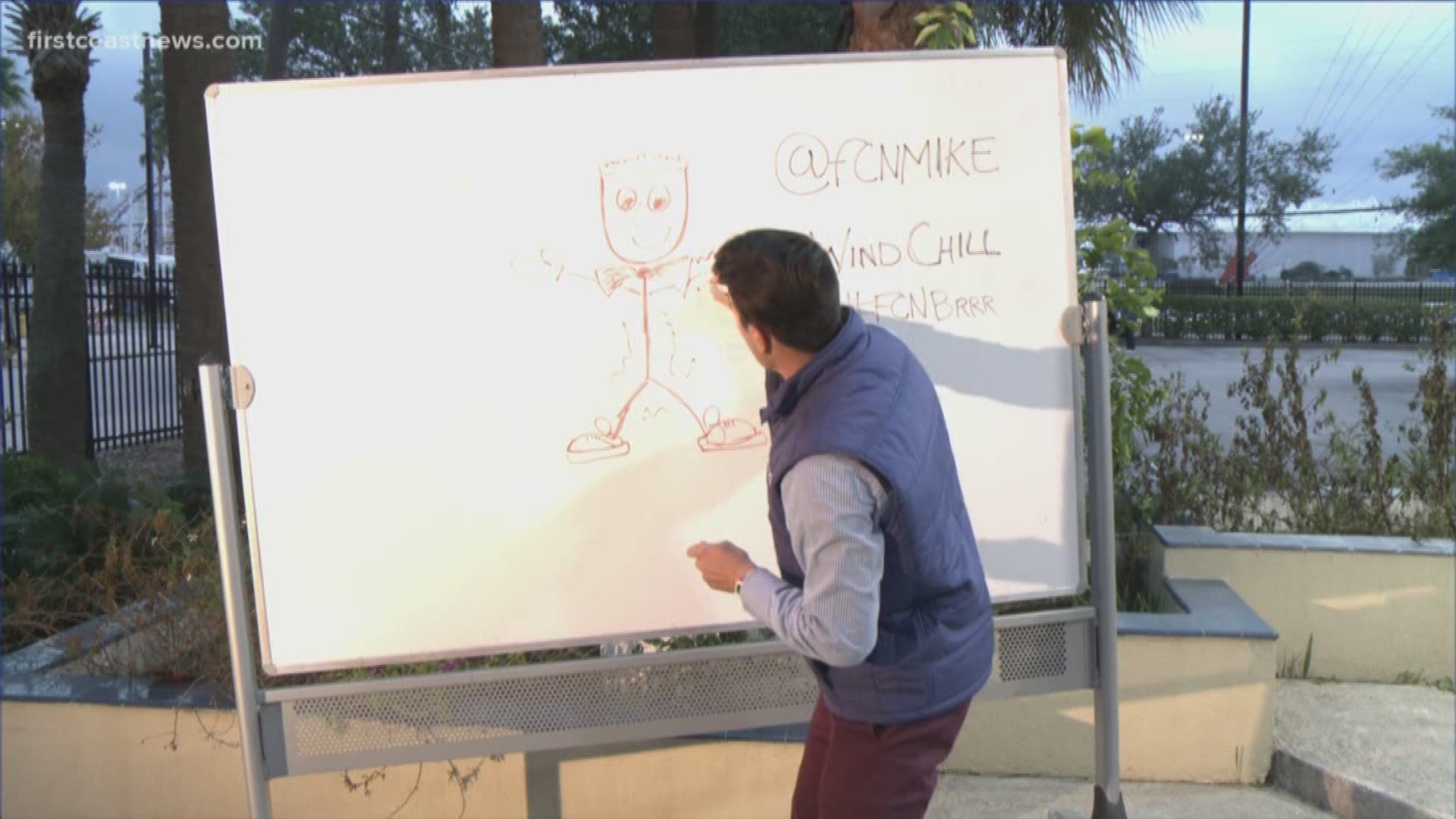 JACKSONVILLE, Fla. — Waking up Wednesday morning we're getting slapped in the face with the coldest air of the season so far. Temperatures feeling 50 degrees colder compared to Tuesday afternoon. What gives!?

"Happy January!" said Prangley on #GMJ, "Well at least it feels like January, with weather that will wake you up."

Not just a cold front, but an arctic front, plowed through the First Coast and opened up the door for the cold air to blow in. And it's blowin' alright. The brisk northerly breeze is making wind chill a big factor Wednesday.

When the wind is blowing on a cold day, the wind chill factor is how our bodies perceive the temperature. The body creates a thin layer of moisture & warmth, which is why Grandma's hugs are so warm and comforting.

But when the dry, cold breeze blows through, that thing layer of moisture & warmth on the exposed skin gets whisked away. As a result, the temperature feels colder than it actually reads.