There are no tropical threats to the Gulf of Mexico. 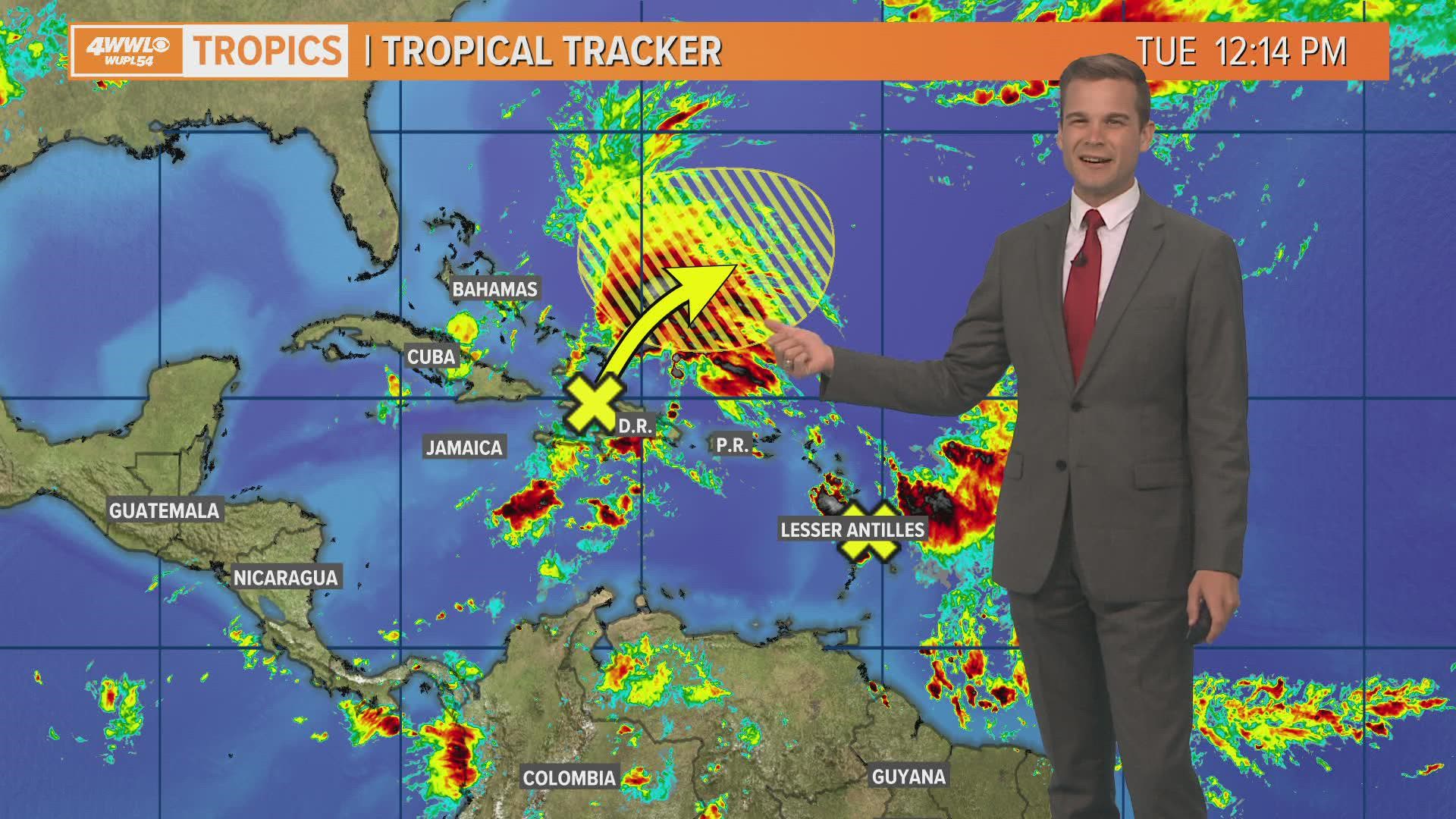 Eye on the Tropics

There are no active storms and only a couple of areas with a low chance of development this week.

One spot is off the East Coast. Its window for development has just about closed as of late Sunday.

Another area in the Atlantic has a low chance of development this week as it moves toward the Caribbean islands. Right now it looks like it will curve north early and stay far from our area.

► Get tropical weather headlines delivered right to your inbox by signing up for the Your Local Weather Alerts email newsletter. Click here to sign up!

The season was forecast to produce more storms than average, and it has indeed produced 20 named storms as of early October. The reason for this was the lack of El Nino, which typically features more wind shear. We also had warmer than average sea temperatures and an active West African Monsoon.

If we exceed the 21 names on the list, we will progress to a new set of supplemental names provided by the World Meteorological Organization. They said the Greek alphabet will not be used because it "creates a distraction from the communication of hazard and storm warnings and is potentially confusing."

► Track the tropics with live updates delivered directly to your phone. Text APP to 504-529-4444 to download the FREE WWL-TV News app now or find us in the iOS App Store or Google Play.