Mike Merrill plans to have a team drive to North Carolina as early as next week. 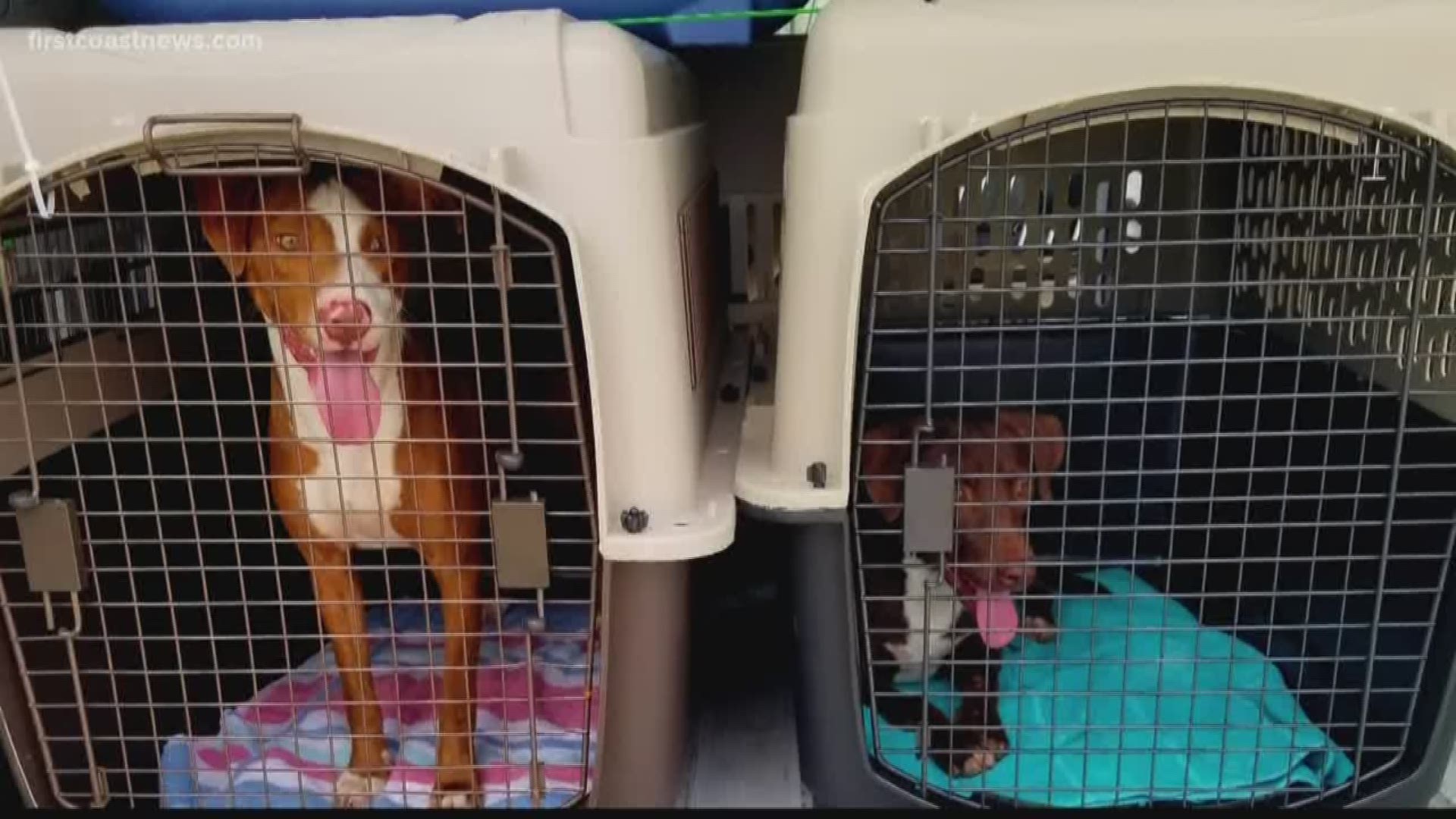 JACKSONVILLE, Fla. — Even after nearly 100 First Coast dogs and cats were taken to higher ground in four rescue missions ahead of Hurricane Dorian, a Jacksonville non-profit says its job isn't over yet.

"From our perspective with respect to the animals, there are a lot of animals in the Carolinas and there is still time to save them," said Mike Merrill, coordinator of Jacksonville-based Florida Urgent Rescue.

Hurricane Harvey was his first hurricane response. Dorian is his sixth. The dogs and cats taken locally from shelters are now in Georgia, Tampa and Virginia. The goal is to give them loving homes while also clearing the shelters to make room for owner surrenders or strays, which he says happens after every storm.

"The shelter is the place where most of those wind up and when these shelters are already full to begin with, there's nothing they can do to take the additional animals other than euthanizing those that are already in there prior to the storm," Merrill said.

As you can imagine, this task can be financially taxing. Merrill says whatever donations he gets goes to helping the animals.

Often times there isn't enough money to cover the costs of the van rental and gas.

"We wind up spending a lot of money to put this together.  But, what we are trying to do it save lives," Merrill said.