The storm changed people's lives, and some impacts are still visible today. 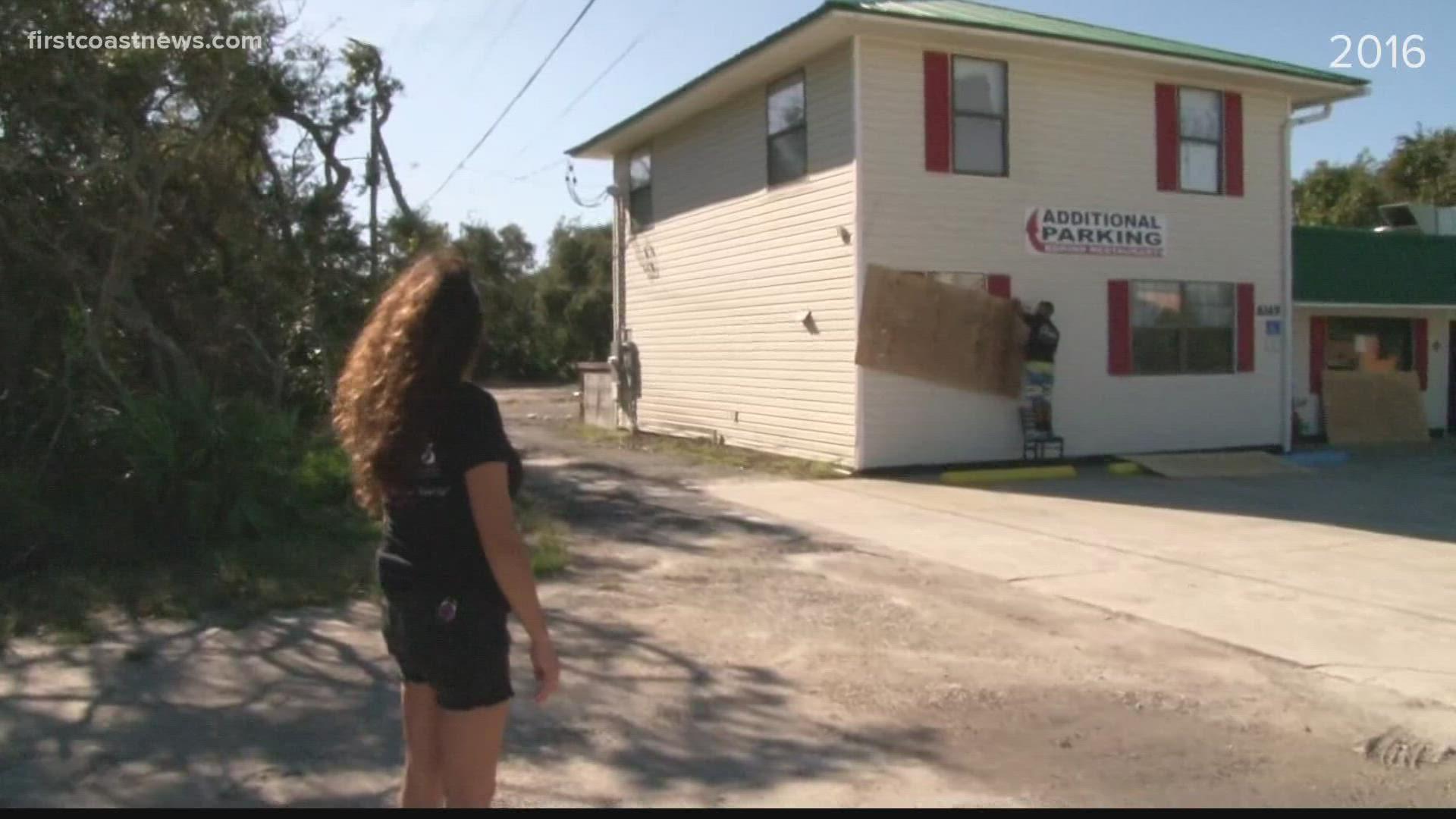 ST. AUGUSTINE, Fla — Thursday is the five-year anniversary of Hurricane Matthew, and while it brings back painful memories for many on the First Coast, it also brings plenty of good memories too.

The storm changed people's lives, and some impacts are still visible today. At Jacksonville Beach, the pier is not expected to be rebuilt until next year. St. Augustine, one of the areas hit the worst, updated its flood mitigation plans.

"We just decided to tear the house down and rebuild higher," Brantly said.

Brantly says there was about 8 inches of water mixed with fuel and sewage inside his home. In the street, he remembers water past waist-level.

"Truly it's a trauma because, obviously, this is the home in which you live," he said.

The city of St. Augustine has made changes to its flood mitigation since Hurricane Matthew and Brantly credits the new one-way valves to keeping jellyfish off his street.

"The last time I saw jellyfish actually floating down the street was maybe a couple of years ago before they put the valves in," Brantly said. "So I think it's done what it's intended to do."

Sarah Viola also recalls devastation and rebuilding that October in 2016. Her family owned Viola's Italian Restaurant and now owns Beachside Diner. She says Viola's did not shut down because of the hurricane.

"The entire restaurant from 4 to 5 feet down had to completely be gutted," Viola said. "We lost every single piece of equipment that we had. The walls had to be torn out."

Viola says the restaurant was closed for two months.

"It was devastating," she recalled. "We didn't know if we were going to be able to reopen or not. We had issues with insurance and I know a lot of people in the area did."

"It taught us a really good lesson about how strong the community is," Brantly said.

"I think I fell in love with St. Augustine a lot during that time because as a community I think everybody really, really came together," Viola said. "There was a happy ending to all of it."

People all along the First Coast felt the impacts. Brinda Linck lives in Fernandina Beach and says she still thinks about Hurricane Matthew.

"If you were on the beach every day it was so noticeable of what was not there," Linck said. "It still seems like there's a lot that's not there."

Linck shouts out First Coast News Meteorologist and First Coast Living Host Mike Prangley for helping her when she had to evacuate. Linck says Prangley got her in touch with someone on the island who sent her pictures of her home. That's the beginning of when she felt like everything would be okay.

"When you leave you realize everything else you're leaving behind," she said. "I know they're just things but some of those things are photo albums, things that you can't get back."

Linck describes Fernandina Beach as looking like a "war zone" when she returned. She says there was "debris everywhere" and that "the dunes had become cliffs because they had been cut into so deeply from the erosion."

But the destruction isn't what she remembers most.

"As I drove over the bridge and I get to the Amelia Island side, all the police, the sheriff's office, the city of Fernandina, they're all out there with their lights on waving to us and saying, 'Welcome home!' At that point I completely just lost it and start crying and I was so happy to be home." 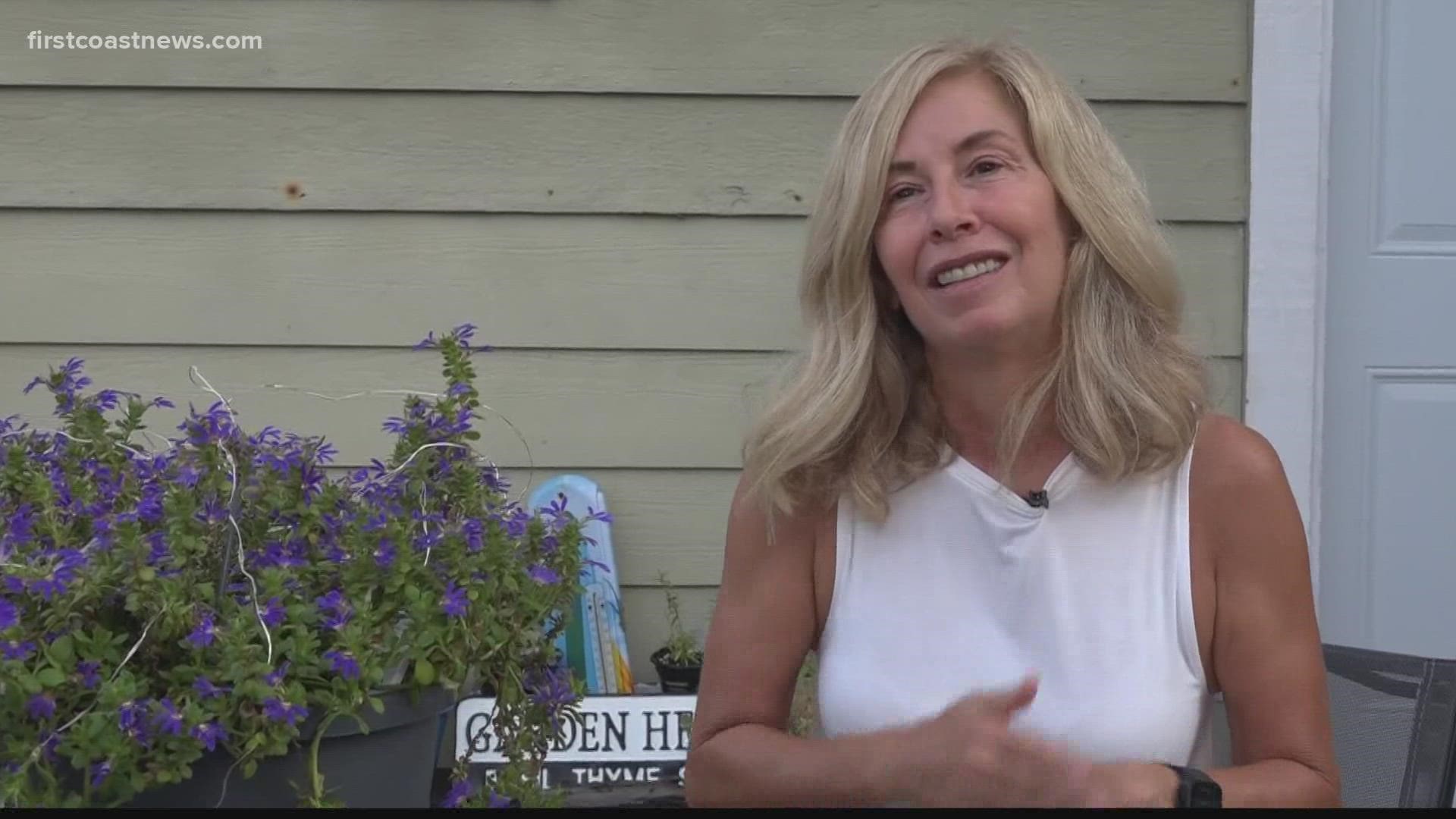