The Secretary of State's office said counties can stay open later today and tomorrow, but staying open on Saturday is not an option. 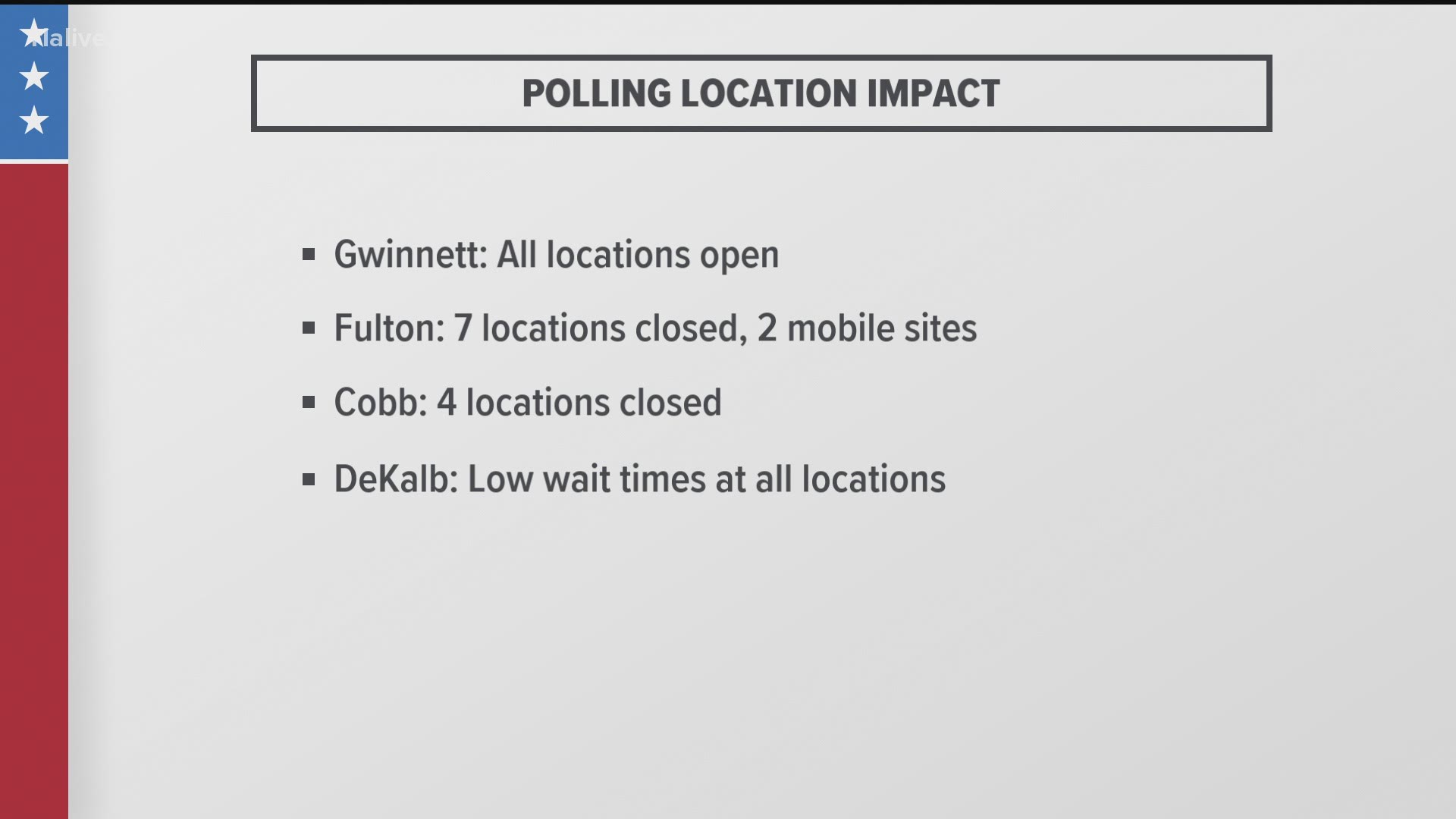 COBB COUNTY, Ga. — With around one million people in the dark after Tropical Storm Zeta roared through the area early Thursday, some early voting locations will not be able to open on time.

For weeks, Georgia voters have shattered early voting records. Recent numbers show more than three million Georgians have already voted early either in person or via absentee ballot. However, those record numbers could hit a snag.

In Henry County, the location at the Locust Grove Library will delay opening due to power lines down in the area. They did not give an exact time for opening.

The Secretary of State’s Office said earlier this week that they expect a last minute rush of early voters Thursday and Friday. Tuesday Nov. 3 is Election Day.

Walter Jones with their office said counties have the flexibility to stay open later today and tomorrow due to the delays in opening. However, he said law states that early voting ends on Friday and that having early voting on Saturday, Oct. 31 is not an option.

The Cobb County Board of Elections director told 11Alive on Wednesday that the county will handle storm damage as it comes, telling us “if any location is unsafe, it will not open until the situation can be resolved.”

Georgia Power and the the local EMC's said they'd work to restore power as soon as conditions were safe to do so.

If you do head out, be mindful of trees and powerlines in the roadway. You can also check with your county's election office to see if the polling locations are open.

11Alive meteorologists say the bulk of the storm has made its way out of the metro Atlanta and we could see some sunshine later today.

Return to 11Alive.com for updates.