Big, destructive hurricanes are hitting the U.S. three times more frequently than they did a century ago, according to a new study. 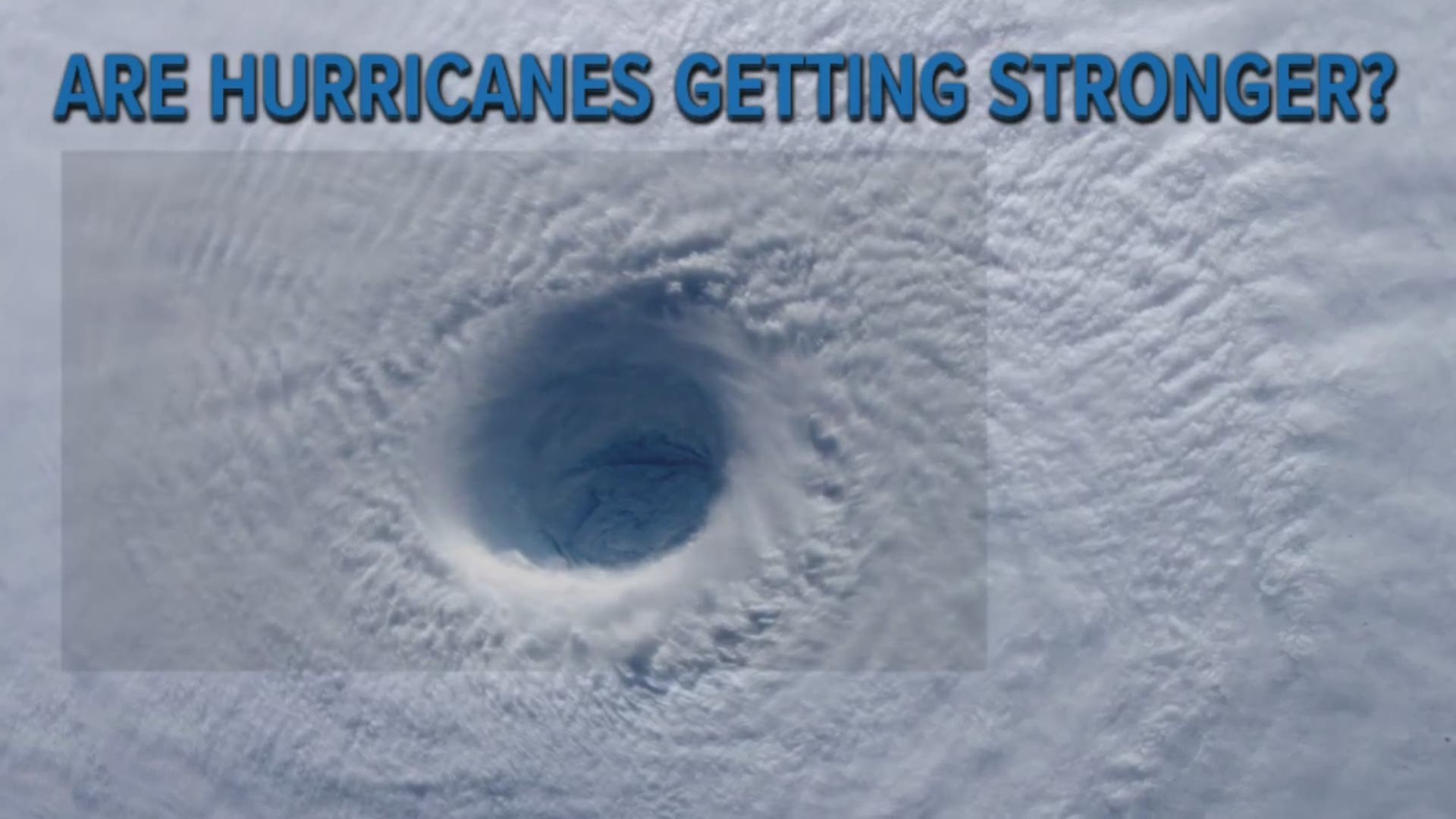 JACKSONVILLE, Fla. — We have quite a few "behind the scenes" conversations as a weather team before, during, and after a storm passes. A topic that comes up more often than not is, "Are these things getting bigger and more destructive?"

After all, it sure does seem like every other hurricane is breaking some sort of record. To name a few...

A new study by Danish researchers backs this thought. They found that big, destructive hurricanes are striking the U.S. three times more frequently than they did 100 years ago.

Instead of measuring storms by how much damage they did to people and cities, scientists from the University of Copenhagen studied hurricanes' area of total destruction.

“It’s the most damaging ones that are increasing the most,” said Study Lead Author Aslak Grinsted, a climate scientist at the University of Copenhagen. “This is exactly what you would expect with climate models.”

Researchers looked at 247 hurricanes that hit the U.S. since 1900. The data showed the top 10-percent of hurricanes, those with an area of total destruction of more than 467 square miles (that's more than half of Duval County, if you were wondering), are happening 3.3 times more often.

Another interesting note from the study was that eight of the 20 storms looked at have happened in the last 16 years, which, according to Grinstead, is a much larger chunk than would randomly occur.

Harvey, for instance, had an area of total destruction of 4,570 square miles. The average for the study? 159 square miles. This means Harvey's devastation was 30 times larger than "average."