Tropical Storm Arthur passes First Coast by over 200 miles; the first of the year

For the sixth consecutive year a system has developed before the official start of Hurricane Season, which begins June 1. 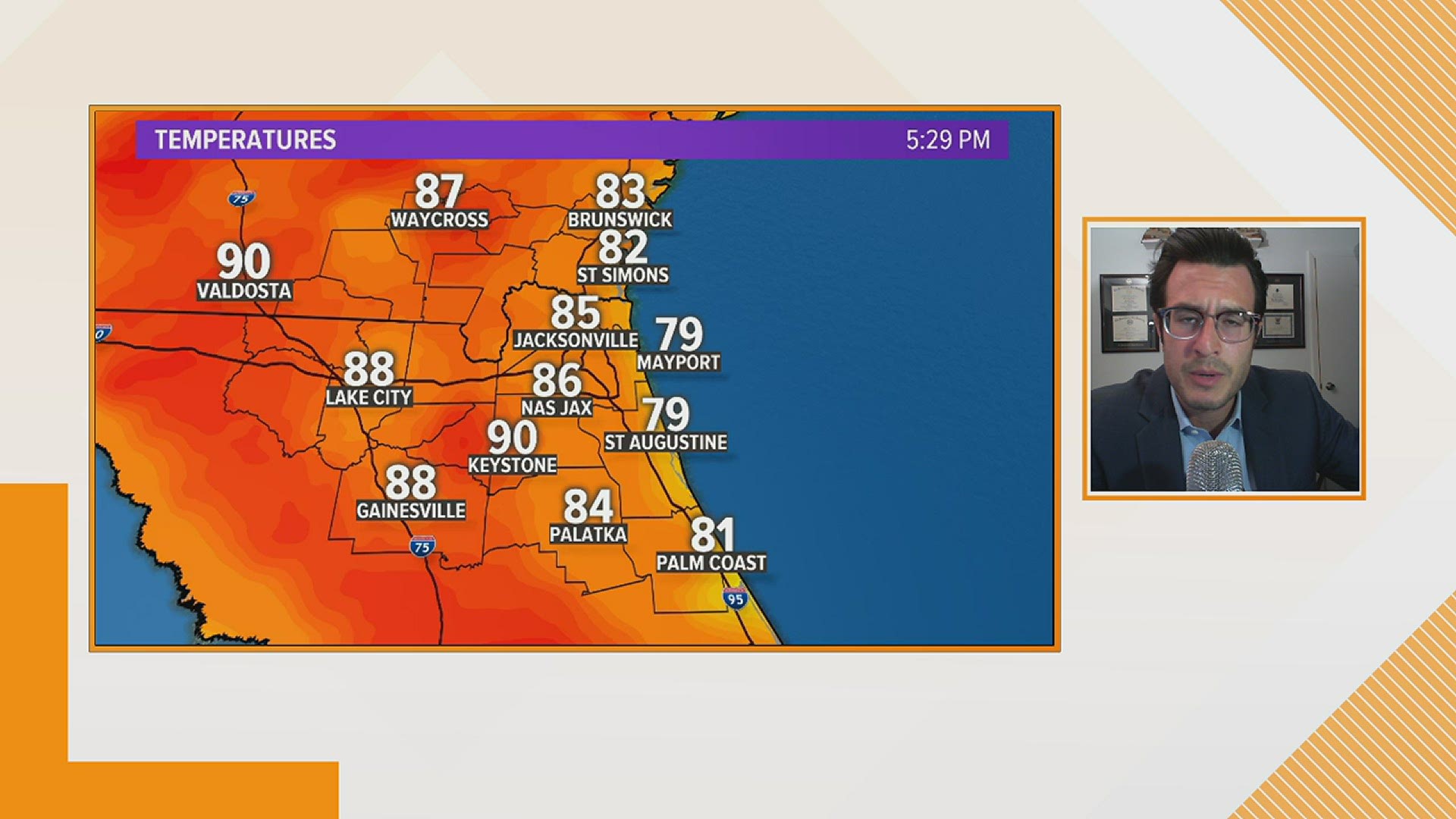 JACKSONVILLE, Fla. — Tropical Storm Arthur formed over 200 miles to the southeast of Jacksonville Saturday evening - marking the first named storm in the Atlantic basin this year.

The system pulls away from Florida to the northeast - rip currents will remain a threat Monday, but conditions will be improving.

Credit: wtlv weather
This is the sixth consecutive year a tropical cyclone has developed prior to the official start of Hurricane Season.

This is the sixth year in a row that a tropical or subtropical cyclone has developed before the official start of Hurricane Season, which begins June 1st and runs through November 30th. It serves as a reminder to prepare for the upcoming season! First Coast News' Hurricane Ready: "Safety in the Storm" special will air on Monday, June 1 at 7:30 p.m. on ABC 25.