First Coast Forecast: Breezy end to the weekend with rain through the upcoming week.

Developing low to our east will influence our weather on the first coast. 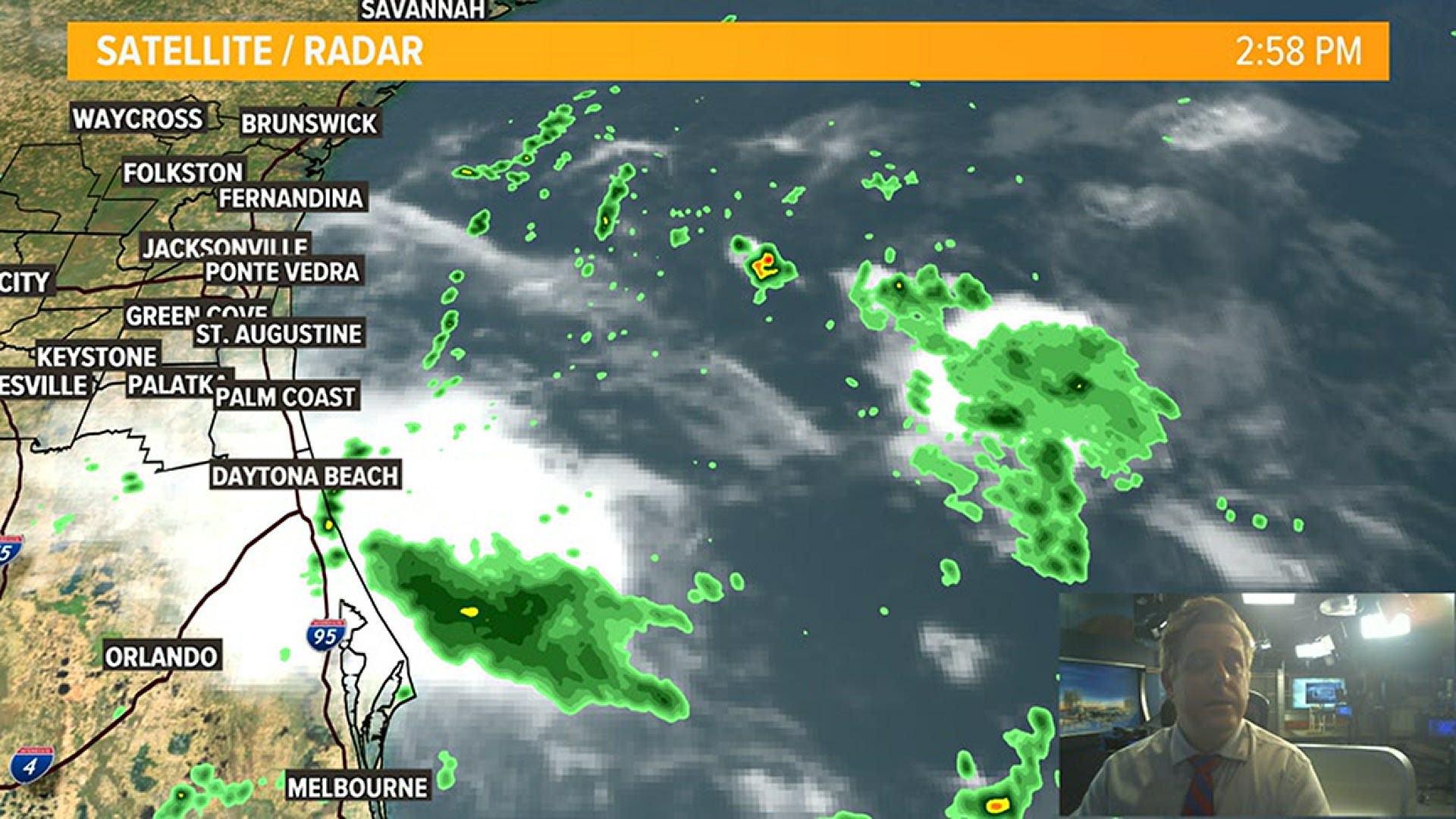 JACKSONVILLE, Fla. — Tropical low off the coast of Florida still remains marginally organized today. This means we will likely see some increase in rainfall into Monday morning but not a full-fledged tropical system.

Monday:   Tropical moisture from the disturbance will move in early Monday morning as the low slowly pushes onshore.  Do not expect anything terribly heavy in the morning but there could be some local showers just around the Monday morning commute. Winds will also come out of the east at 10-20mph making for some breezy coastal conditions.

NEXT WEEK:   A stationary boundary will drape over the first coast mid-week leading to additional atmospheric moisture and an increase in instability. Thus afternoon showers that could become heavy at times are possible Wednesday-Thursday.  This will also come with warm humid air pushing the temperatures up into the low 90's by the end of the week.

TROPICS:  A disturbance off the east coast of Florida is the big influencer of our weather this weekend. First, it continues to bring breezy onshore winds along with passing rainfall Sunday night into Monday morning.  At this time there is a medium chance of development.

However, thanks to its position offshore over the weekend onshore winds will create a high risk of rip currents all weekend. Visit here for more information on the tropics.

Want to spot Jupiter in the night sky this week?

If you do get some clear skies this week you can do a little planet finding. Look to the left of the moon after sunset and you will be able to see a bright start. That object will be the second brightest sky in the night sky this week minus the moon. It's Jupiter! 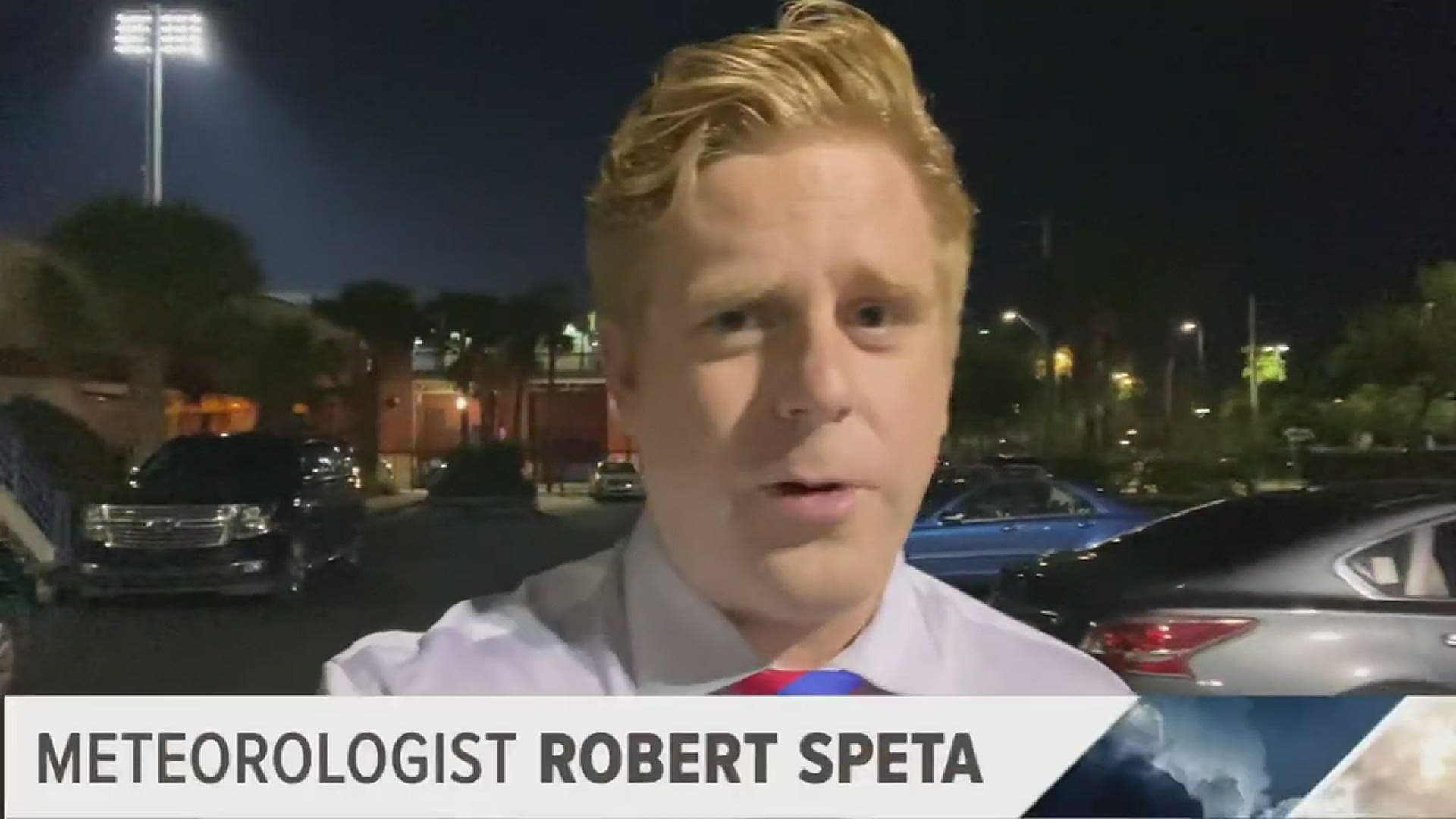 WILDFIRE SMOKE ACROSS THE FIRST COAST? The Jet Stream and cross-continental wind have pushed smoke from wildfires out west thousands of miles away to the East Coast. With winds from the surface to the upper levels of the atmosphere picking up out of the north late Friday into Saturday, some of this smoke may filter across portions of the First Coast by the weekend, especially across southeast Georgia. Look for hazier skies and vivid sunrises and sunsets. Unlike other cities across the U.S., Jacksonville's air quality should remain acceptable but some people, particularly those who are unusually sensitive to air pollution, may notice a slight difference outside Saturday and Sunday. 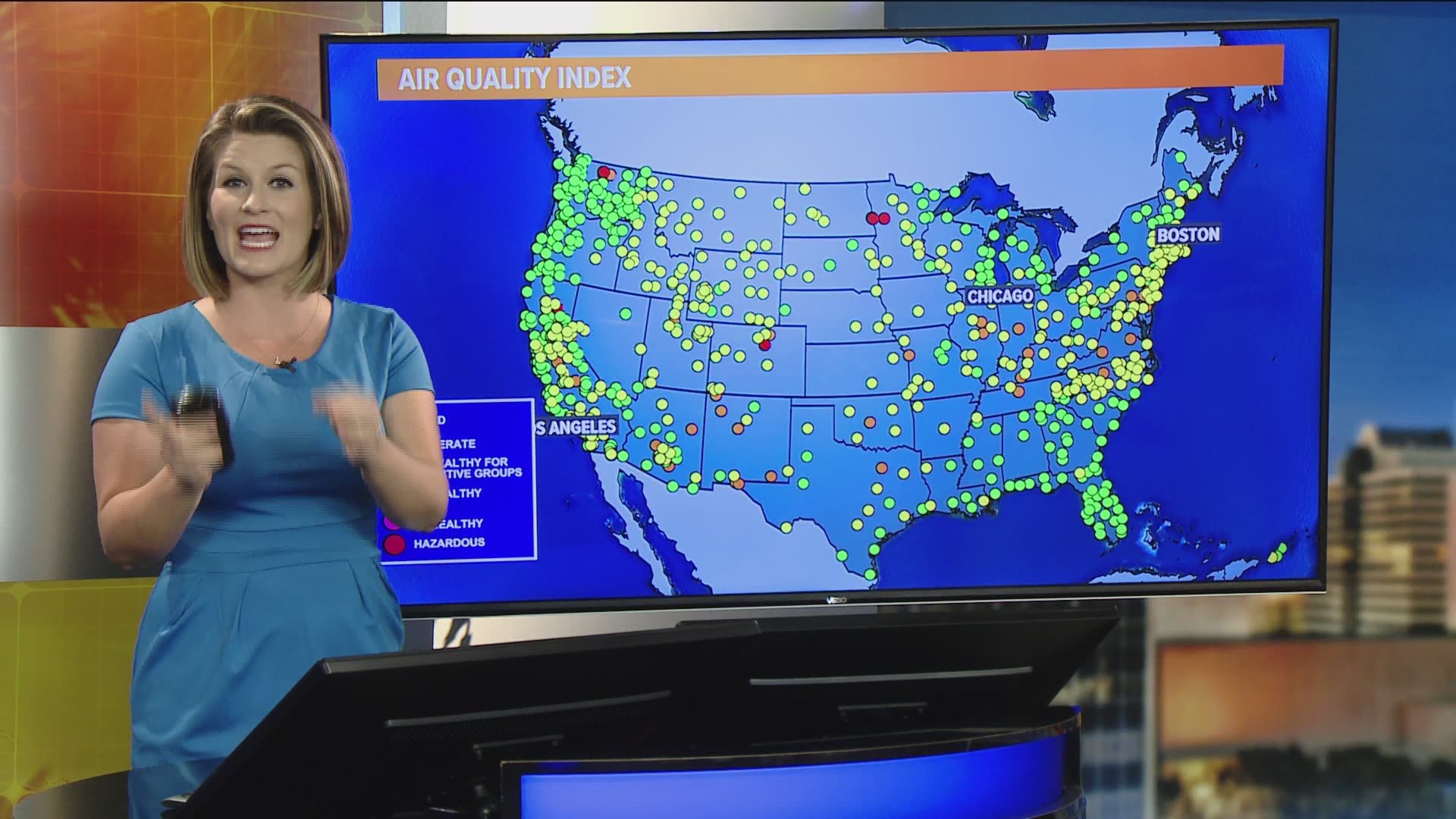 TROPICS CONTINUED: Looking even farther into the season, the Climate Prediction Center has issued a La Niña Watch with La Niña potentially emerging during September through November. La Niña can help make atmospheric conditions more conducive for tropical cyclones to form the Atlantic, and less conducive in the Eastern Pacific. If 2021 is any indicator so far of what lies ahead this season, it could continue to be an active year. As of the beginning of July, there have been fived named storms breaking the previous record set just last year. In August, the Climate Prediction Center will issue an updated hurricane outlook.

RIP CURRENTS: It's always a good idea to talk to the lifeguards and only go out where they can see you. The risk of rip currents always exists, especially around jetties and piers. Have fun, yet play it safe.