EXPLAINER: What is radiational cooling, how does it impact the First Coast?

Despite sunny skies during the day we are seeing cool temperatures at night, let's discuss why. 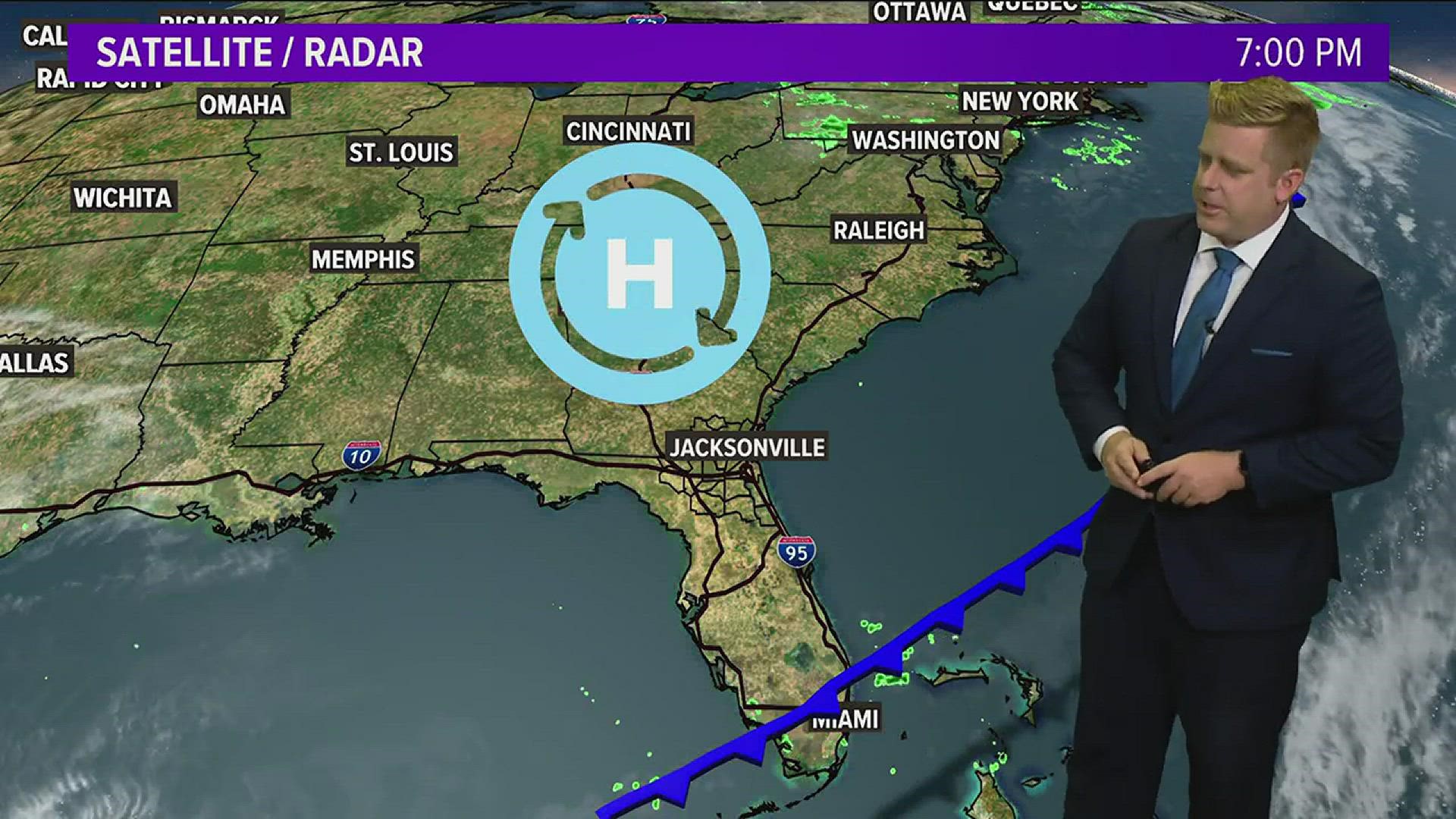 JACKSONVILLE, Fla. — Despite clear skies during the day and plenty of sunshine quite often, if the skies remain clear overnight especially for areas away from the ocean, temperatures will fall pretty quickly after sunset.  This phenomenon is called radiational cooling and here on the First Coast, it can often bring us some of our coolest nights of the year.

In short, radiational cooling is a process that occurs on calm clear nights when heat escapes from the earth's surface into the atmosphere causing temperatures to drop rapidly.

To get more scientific, during the day the earth absorbs short wave radiation directly from the sun. Yet at night that is released in the form of longwave radiation back into the atmosphere.

If there are clouds present, that longwave radiation will stay close to the ground modifying temperatures. Yet without the figurative blanket in place, we see temperatures drop leading to cooler nights.

Thus during the day we the earth heats up without cloud cover because the short wave radiation outbalances the escaping longwave radiation, when you subtract that short wave though that's when temperatures drop.

The ingredients you need are High Pressure to create calm conditions, clear skies which often result from high pressure, and light winds to prevent mixing in to the atmosphere there allowing heat to escape.

Radiational cooling is most common during Autumn and Winter and here on the First coast when cool northerly air masses move over our region. It sometimes can also lead to low-lying fog called radiational fog when the temperatures drop to the dew point.