What is a gyre? It's the weather pattern helping fuel 2020's wild hurricane season

Gyre references a weather pattern that can develop in the tropical atmosphere. 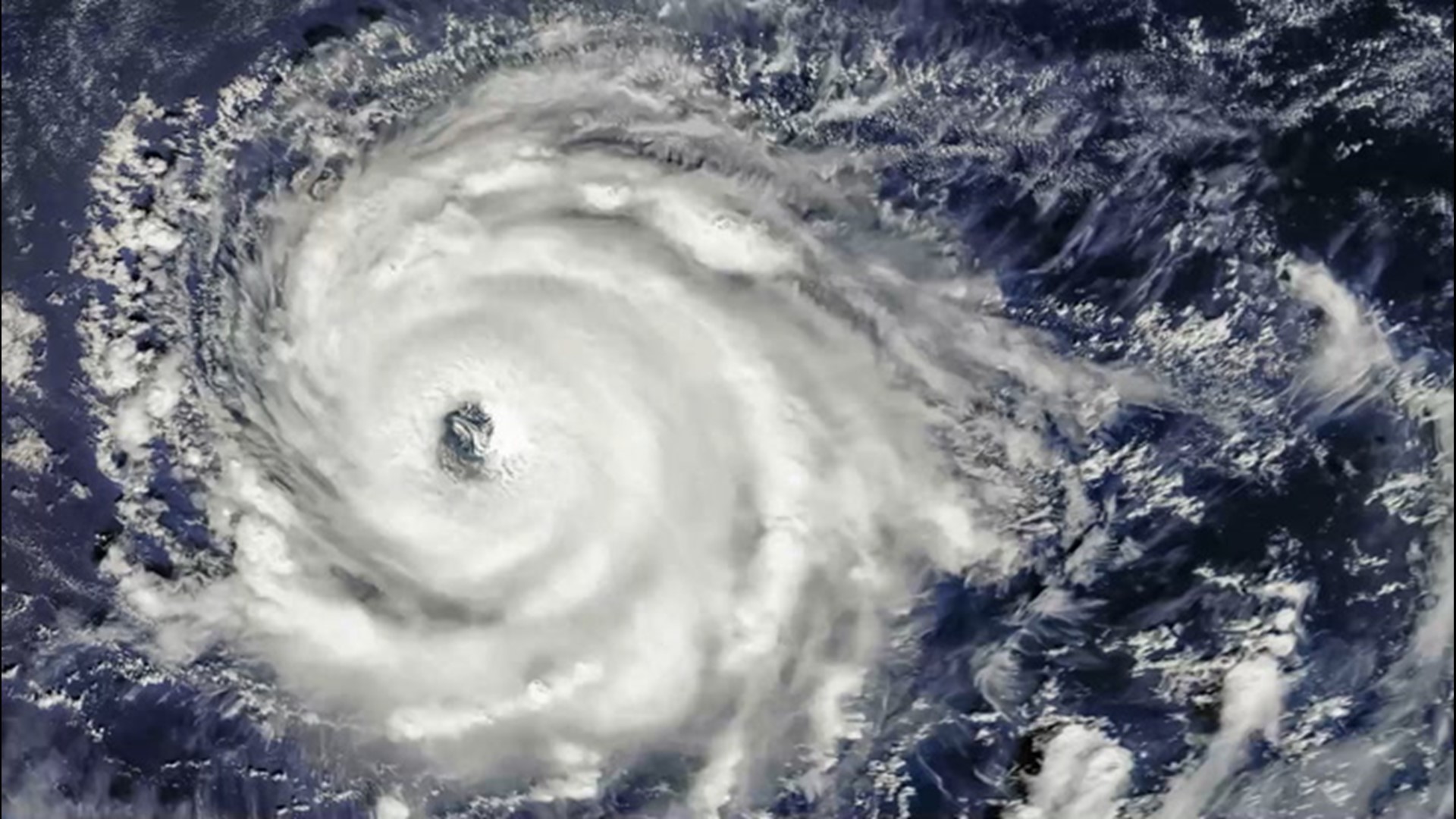 Several systems from the hyperactive 2020 hurricane season, including many of the land-falling storms along the Gulf Coast, developed in a similar way, stemming from a breeding ground created by an unsettled weather phenomenon that can brew at times over part of the Atlantic.

The more common use of the term 'gyre' describes large areas of ocean water currents, but it also references a weather pattern that can develop in the tropical atmosphere and more specifically the atmosphere over the western Atlantic and eastern Pacific.

A gyre, relating to weather, is simply a broad area of slowly spinning air that rotates counterclockwise in the Northern Hemisphere. A gyre by itself generally does not produce high winds and severe weather, but it can help spawn these conditions.

During the summer and most of the autumn, winds in the tropical Atlantic and tropical eastern Pacific tend to blow from the east.

However, during the latter part of the hurricane season, and especially during October and November, northwesterly winds in the lower part of the atmosphere can occur frequently in the Gulf of Mexico.

Some of the northwesterly wind flow can be drawn southward into Central America for short periods of time.

"This contrasting wind pattern from the east and northwest creates an oval-shaped, counterclockwise flow of air, called the Central American gyre" that can set up anywhere from Mexico's Yucatan Peninsula to Panama and even over the western part of the Caribbean or the easternmost part of the tropical Pacific, according to AccuWeather's top hurricane expert Dan Kottlowski.

Within this tropical gyre, the air is not only rotating slowly, but it is also rising. When air rises in the atmosphere, it creates low pressure and moisture, which in turn generates clouds, showers and thunderstorms. The gyre can persist for a few days to a few weeks and can lead to long-term unsettled conditions.

Within this broad area of unsettled weather, somewhat stronger pulses of low pressure, associated with more intense clusters of thunderstorms and stronger spin in the atmosphere can develop.

These smaller features can occur on their own, but they tend to arise more often when a tropical disturbance, called a tropical wave, arrives in the zone of unsettled atmospheric conditions.

Tropical waves are batches of thunderstorms that originate from the Indian Ocean and Africa and travel westward across the Equatorial Atlantic, as well as eastern and central Pacific basins.

Sometimes these spin-up disturbances can become strong enough to develop into tropical depressions, tropical storms and even hurricanes and can travel hundreds, if not thousands, of miles away from the breeding ground of the gyre.

"We tend to see the gyre set up once or twice during the month of October alone, and it was the Central American gyre that helped to give birth to Gamma and Delta in the Caribbean during the autumn of 2020," Kottlowski said.

The gyre can set up in the spring as well, but this occurrence is more rare than during the autumn.

"The gyre does not happen very often in the spring because the easterly winds in the tropics are not yet well established. But, in rare cases, it can set up during April, May and June if the easterly flow sets up earlier than average," Kottlowski said.

In the spring of 2020, the easterly winds were well established. It was the Central American Gyre that contributed to the development of Eastern Pacific Tropical Storm Amanda at the end of May 2020 and then, just days later, Tropical Storm Cristobal in the Gulf of Mexico during early June.

It is highly unlikely for the Central American gyre to be established during July and August as a northwesterly flow across the Gulf of Mexico is extremely rare during this part of the summer.