A moderate storm will pack enough punch with snow, rain and wind to have major impact on Thanksgiving travel in the central and eastern United States next week. 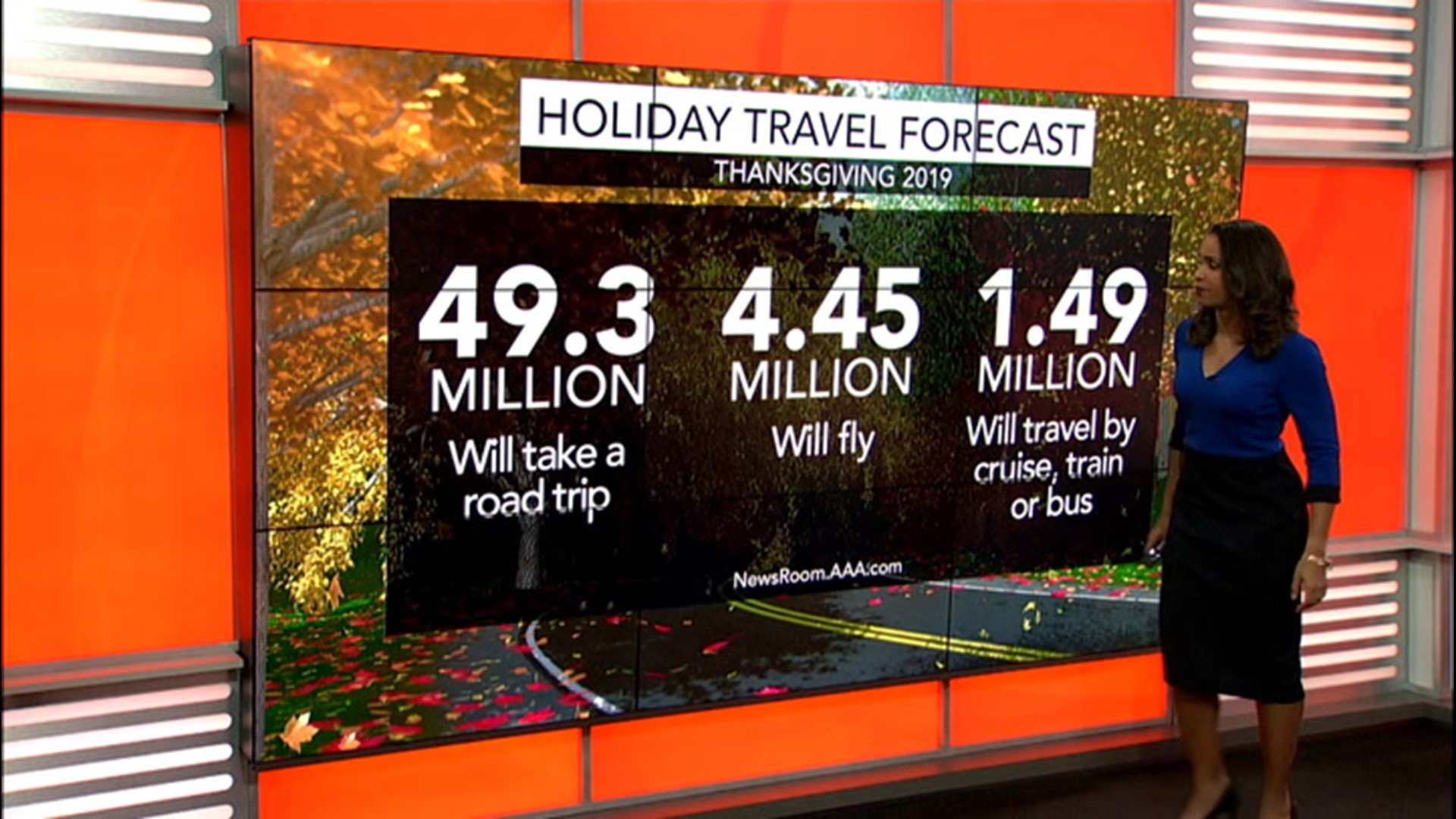 A moderate storm will pack enough punch with snow, rain and wind to have major impact on Thanksgiving travel in the central and eastern United States next week.

The timing of the storm will coincide with the peak of holiday travel. AAA said in its annual Thanksgiving holiday travel forecast that there will be "major delays throughout the week, peaking Wednesday with trips taking as much four times longer as commuters mix with travelers" -- and meteorologists say the storm's impacts will sweep across the nation from Tuesday to Wednesday and beyond.

Central US to feel brunt of storm Tuesday, Tuesday night

The storm is forecast to organize quickly along the eastern slopes of central Rockies and Plains during Tuesday morning then race northeastward toward the Great Lakes during Tuesday afternoon and night.

Snow will fall in a narrow zone on the northern and western flank of the storm. The exact track will determine where several inches of snow falls and causes slippery roads and hazardous conditions.

"Enough snow to shovel and plow is anticipated in this swath."

However, any shift in the storm by as little as 50-100 miles could mean the difference between mostly rain or mostly snow in Chicago and snow or dry weather in Minneapolis.

South and east of the track of the storm, an area of drenching rain is expected to develop over the central Plains and increase in size as it reaches the Ohio Valley and southeastern Great Lakes later Tuesday and Tuesday night. The rain can be heavy enough to cause water to collect in poor drainage areas of streets and highways and greatly increase the stopping distance needed in an emergency situation.

Motorists traveling along Interstate 70, I-80 and I-90 are likely to encounter rain and snow on their routes over the Central states on Tuesday.

Meanwhile, the same storm has the potential to cause severe weather and travel disruptions of a different sort over the South-Central states on Tuesday.

As the storm strengthens near the Great Lakes late Tuesday and Tuesday night, winds will increase substantially over a broad area of the Midwest.

Strengthening winds can become a major problem at the airports.

During episodes of strong, gusty winds, officials must space out the arriving and departing aircraft. This can cause flight delays and cancellations to increase exponentially during the heavy volume of holiday travelers.

The worst conditions in the Midwest, such as at Chicago's O'Hare International Airport, are likely from late Tuesday to Wednesday afternoon. Delays could hit Detroit's Metro Airport from Tuesday night through Wednesday night.

Due to the extensive impacts from this storm and its strong winds and precipitation, ripple-effect delays may be felt at other airports around the country.

Storm to race through northeastern US Wednesday, and winds will linger

With a northern track of the storm likely, much of the precipitation in the Northeast is expected to fall in the form of rain rather than snow at midweek. However, there could be a couple of exceptions. A wintry mix can cause slick travel conditions over the northern tier of the Northeast at the onset of the storm on Wednesday. Snow showers are also likely to create isolated slippery spots in the wake of the storm late Wednesday and Wednesday night over the Appalachians and eastern Great Lakes regions.

A thorough rain could soak upstate New York and New England for a few hours on Wednesday. It could reduce visibility and slow travel for a time.

Brief showers may sweep through areas farther south and east, including along the I-95 corridor from New York City to Washington, D.C., and Richmond, Virginia. Problems along I-95 and I-81 in the region due to precipitation may be very limited due to the spotty and brief nature.

Only if the storm tracks much farther south and east would a general snowstorm evolve or a situation where enough snow falls to create slippery travel over a broad area of the region.

AccuWeather meteorologists believe that increasing winds could end up being very disruptive to travel in the region. Northwest winds are forecast to increase around the eastern Great Lakes during Tuesday night and become strong and gusty over much of the region from Wednesday afternoon into Thanksgiving Day.

Gusts frequenting 40-50 mph are likely and could be locally higher. Winds this strong can cause handling problems for lightweight cars and high-profile vehicles such as trucks.

Just as in the Midwest, airline delays and flight cancellations are predicted. With a concentration of major hubs in the Northeast from Boston to New York City, Philadelphia, Baltimore, Pittsburgh and Washington, D.C., and so many people heading out on their trips, there is the potential for major disruptions.

As if the storm-related problems were not enough for the Midwest and Northeast, a potent storm will eye the western U.S. next week with widespread areas of heavy rain, heavy snow and travel disruptions.