This iconic photo exists because of the unlivable Dust Bowl conditions strangling the Midwest. 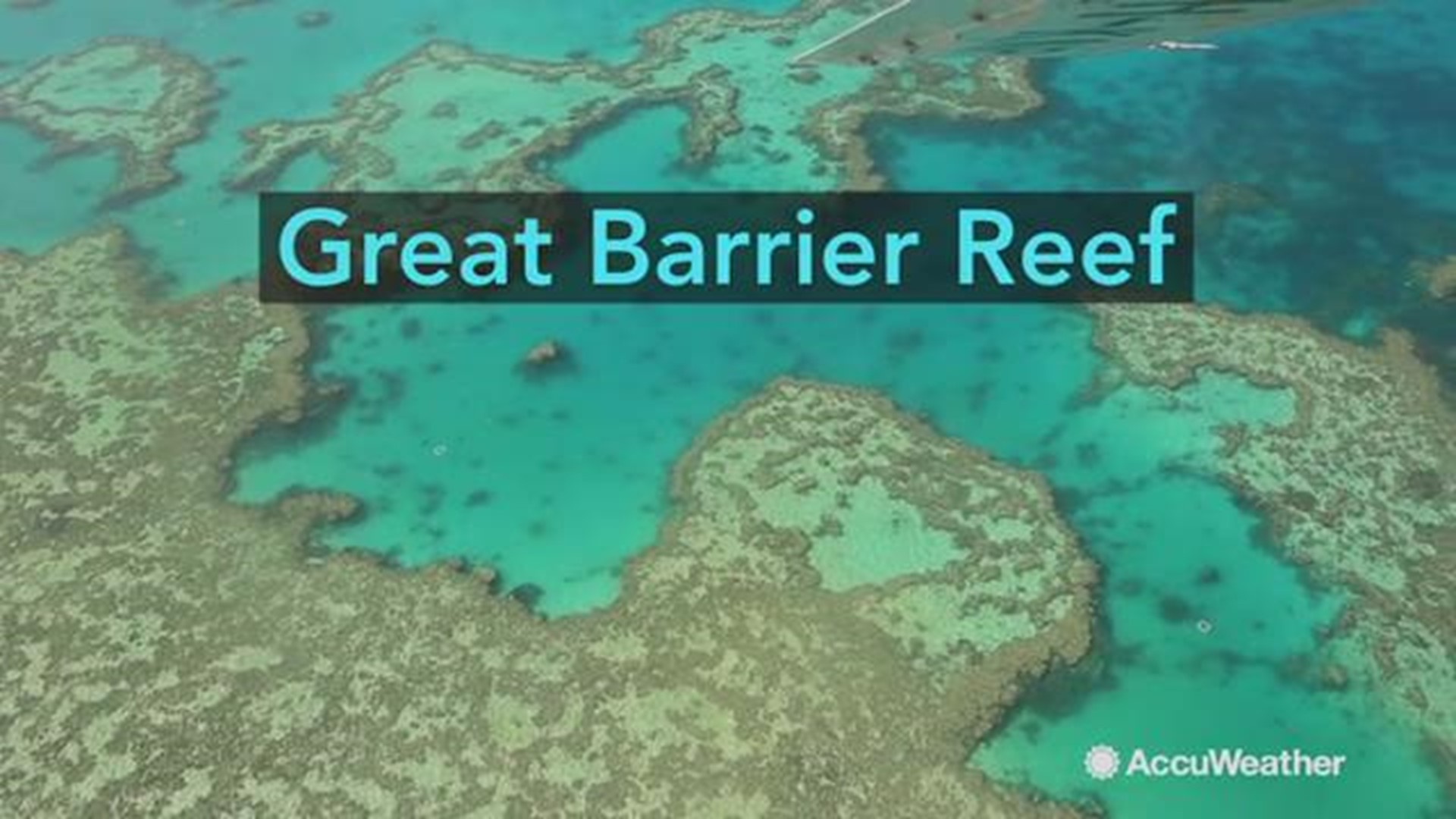 Two Depression-era American women met for the briefest of moments one day in March, 1936, and it was the fallout from extreme weather -- punishing drought and relentless heat that persisted for years -- that caused the twist of fate in which their paths crossed.

This fleeting rendezvous occurred because of the unlivable Dust Bowl conditions strangling the Midwest at the time that caused a migration to the West Coast. The women didn't know each other's names, but they would go on to share immortality.

One, Florence Owens Thompson, was a migrant worker awaiting a fix for her family's car before they could move on to the next field laborer's job in California. The other, photographer Dorothea Lange, had just made the most memorable 20-mile U-turn in American history.

Lange was working for what would eventually become the Farm Security Administration and her job was simple: shoot pictures of American life; and yet relentlessly difficult: reveal the true spirit of people in a time of desperation. Lange died in 1965, but she talked about her life in a film by her granddaughter, Dyanna Taylor, called "Dorothea Lange: Grab a hunk of lightning." Lange had just finished a month-long assignment and was driving in a windy rainstorm, figuring that going, '65 miles an hour for seven hours would get me home to my family that night,' she said in a 1960 Popular Photography story.

Then, she saw a crude sign on the side of the road that read: Pea-pickers camp. "I didn't want to stop, and didn't," Lange said.

For 20 miles, a gnawing ate at Lange as she had an internal debate, she recalled in the same story. "Are you going back? Nobody could ask this of you, now could they? Isn't this just more of the same?"

In Nipomo, California, 175 miles north of Los Angeles, Florence Owens Thompson, a mother of seven on the road from the Dust Bowl woes of Oklahoma, was waiting within the camp for her sons to return from town after their car experienced radiator troubles.

"The story first was told that Mother was selling the tires off our car to buy food, and my mother denied that," said Katherine McIntosh in an interview conducted by Blackside, Inc. in 1992 for "The Great Depression." McIntosh is the girl seen resting her head on her mother's left shoulder in the famous photograph. "My brothers had gone ... to try to get the radiator welded, and that's what we were doing there. But we were like everyone else. We were looking for work."

That March 1936 day, each woman was doing what they could for their families in a time when family was sometimes all they had. Thompson was on one side of the camera, looking off into the distance at an uncertain future, hoping for ... what, exactly?

Lange was facing Thompson and her weary children, her camera hiding her face and her own longing to be with her family that night. 'The camera is a powerful instrument of saying to the world, ‘This is the way it is. Look at it. Look at it,' Lange said in Taylor's film.

"During the 1930s, there is no greater value in society than the role of mother," said Jan Goggans, author of "California on the Breadlines," in Taylor's film. 'The conditions that the women face make motherhood impossible. You can't take care of your children in even the most basic ways...."'Lange had an understanding of what she was seeing," Goggans added. "She could photograph a shanty and what she was really photographing was the house that wasn't there."

Taylor, a five-time Emmy Award-winning cinematographer and Director of Photography who spent time with her grandmother Lange "a great deal until I was 14," appreciates how Lange embraced the scene she was shooting. "You approach something from a distance, and you get closer and closer as things reveal themselves," Taylor told AccuWeather.

"When I look at the series of seven photos, you see her lean-to from far away and then [Lange] approaches closer and then the children are ... moving around," Taylor added. "And she gets to the final photo, and I think she knows she has it at that point. You get that deep feeling of, 'Wow!"'

The meeting of two mothers in a pea-pickers camp in tiny Nipomo, California, produced what is "considered one of the most powerful and iconic images from the Great Depression - [and] very important in the history of the medium,” Paul Lester. a professor at California State University, Fullerton told KCET in 2016. He ranks what is referred to as “Migrant Mother” as among “the top 10 photographs of the billions of photographs that have been taken.”

“I know people will be thinking that they’re going to see documentary photography, but this cannot be,” Lange said in Taylor”s film. “I want to extract the universality, not the circumstance.”

“The reason, I would argue, that Lange saw this so clearly,” said Goggans, in the film, “is that she faced a number of her own struggles as a mother. She was a working woman who was on the road. She probably felt she should have done a better job. But she was busy trying to change the world.”

The lasting cultural impact of Lange’s photograph cannot be understated. The image inspired John Steinbec’s Pulitzer prize-winning 1939 novel The Grapes of Wrath, it earned her a Guggenheim Fellowship and contributed to her being recognized as one of modern photography’s most celebrated artists. It also drew attention to the hardships of migrant workers’ camps, with the U.S. government sending 20,000 pounds of food to Nipomo, by which time Thompson and her family had moved on.

Though Lange’s photo would later appear on a U.S. 32-cent stamp in 1998, Thompson herself remained anonymous for more than 40 years. Lange took the photos of Thompson and her children, chronicling basic information for the government records, but not recording the woman’s name in order to preserve the family’s anonymity during the hard times. Thompson continued to work for a number of years in the fields.

“For 50 cents a hundred [pounds], 40 cents a hundred, I’d hit that cotton field at daylight and stay there until it got so dark I couldn’t see,” said Thompson in a 1979 TV interview. “I didn’t even weigh 100 pounds. I used to fill up one of those 12-foot cotton sacks - I couldn”t lift ‘em. I had to drag them to the scales halfway across the field. And I picked 400 or 500 pounds of cotton a day.”

Thompson later moved her family to Modesto and a 1952 marriage brought slightly more financial stability, though her role as a strong mother and role model remained with her 10 kids. Dorothea Lange in Texas on the Plains and behind the camera, circa 1934. (Paul S. Taylor via Oakland Museum of California)

“I always considered my mom very, very strong,” Norma Rydlewski said in an interview conducted by Blackside, Inc. in 1992 for “The Great Depression.” She is the baby seen lying in her mother’s lap in the legendary photo. “Looking at her in the pictures, a lot of times she didn’t look like a beautiful woman, but she really was. We always thought of her as a very beautiful lady.... [And] she was a very strong lady. We really relied on that.”

Modesto Bee reporter Emmitt Corrigan identified and found Thompson in 1978 living in a trailer park in Modesto. Soon after, Thompson’s health failed and she needed round-the-clock nursing, according to her daughters, so the family decided to publicize their mom”s struggles to help with medical bills. The response stunned the family.

“Everyone remembered my mother,” Rydlewski said. “It really came as a shock to all the kids; I just couldn’t imagine this could happen.... We never really knew how my mom affected the nation.”

The more than $15,000 dollars raised helped in her final days and Thompson died at age 80 in 1983. The family received a message from then-President Ronald Reagan, who wrote, “Mrs. Thompson’s passing represents the loss of an American who symbolizes strength and determination in the midst of the Great Depression.”

Lange’s timeless photo earned her no money since she was working for the government. The photo is part of the public domain and therefore available for anyone to use.

“She seemed to know that my pictures might help her, and so she helped me,” Lange said in the Popular Photography story. “There was a sort of equality about it.... I did not approach the tents and shelters of other stranded pea-pickers. It was not necessary; I knew I had recorded the essence of my assignment.”

Thompson is buried in Hughson, California, where a plaque reads, “Migrant Mother: A legend of the strength of American Motherhood.”