While it's too early to tell how many storms could hit land, hurricane forecasters are predicting 13 to 19 named storms. 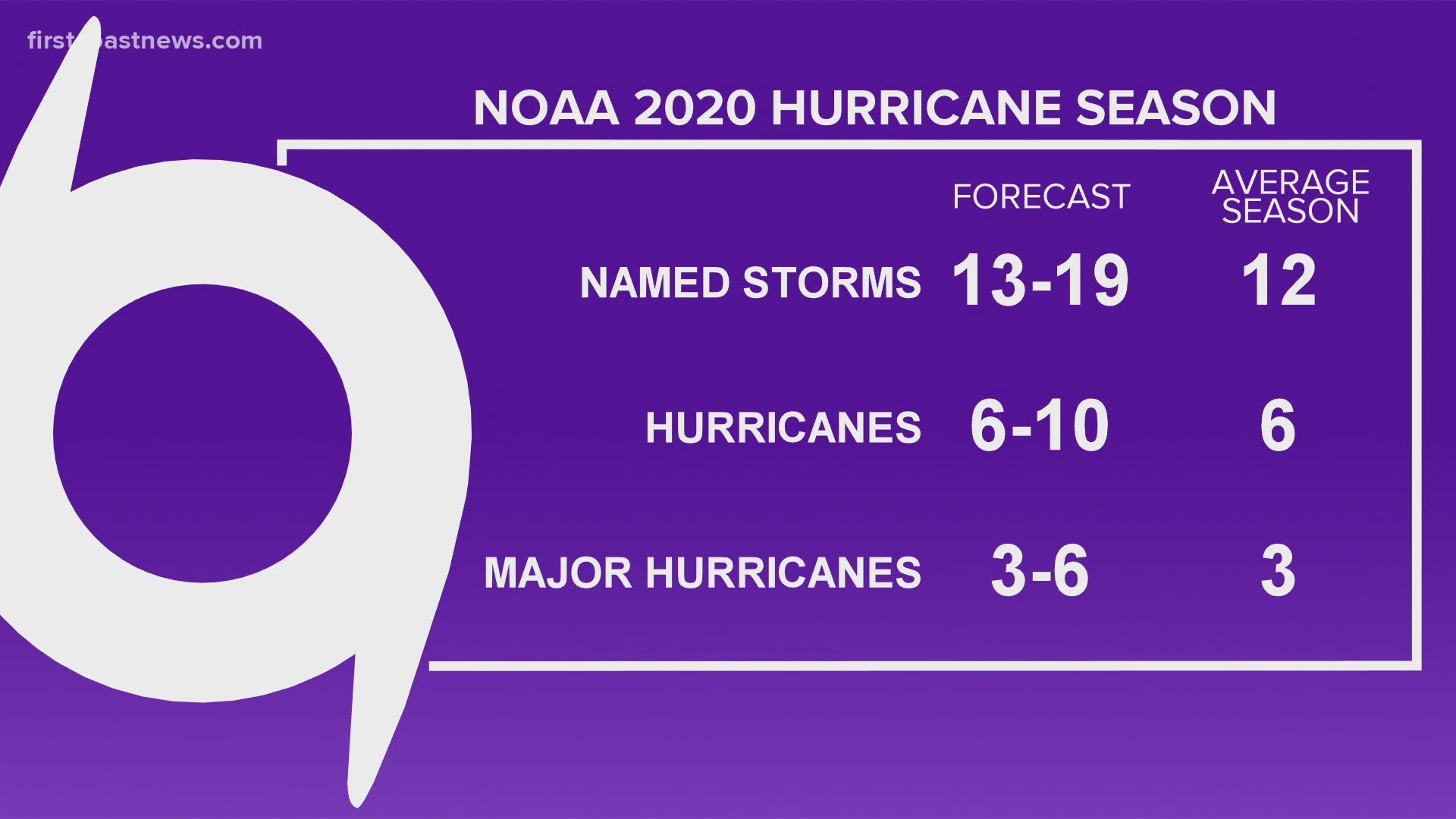 BUFFALO, N.Y. — With one tropical system already in the books for 2020, Thursday the National Oceanic and Atmospheric Administration (NOAA) released it's outlook for the 2020 Atlantic hurricane season.

This year, NOAA predicts an above normal Atlantic hurricane season. They are forecasting for 13 to 19 named storms, where six to 10 could become hurricanes with three to six major hurricanes.

This is a contrast to the announcement of 2019 outlook made last May. NOAA predicted a near normal hurricane season at the start and it turned out to be the 4th consecutive year of above normal activity from 2016 to 2019.

A few of the factors that determined this forecast is the continuation of active hurricane seasons since 1995, consistently warmer ocean temperatures and weaker trade winds. There is also the potential for an enhanced West African monsoon and the development of a La Nina.

The Atlantic Basin Storm Name Pronunciation guide has also been released and includes the list of names of the 2020 season and the next six years as well. For 2020, names of potential tropical systems include Dolly, Gonzalo, Josephine and Teddy, to name a few. The complete list can be found here.

Hurricane season officially begins June 1 and lasts through November 30. This is when the Atlantic Ocean is at its warmest temperature, allowing for clusters of thunderstorms to potentially turn into tropical storms and hurricanes if conditions allow.

NOAA will update this outlook in early August as it approaches the peak of the hurricane season.

RELATED: How to prepare for a hurricane before it arrives