The St. Johns County Sheriff's Office says no one was hurt in a crash Tuesday night. Witnesses say a driver was going the wrong way before crashing into a black SUV. 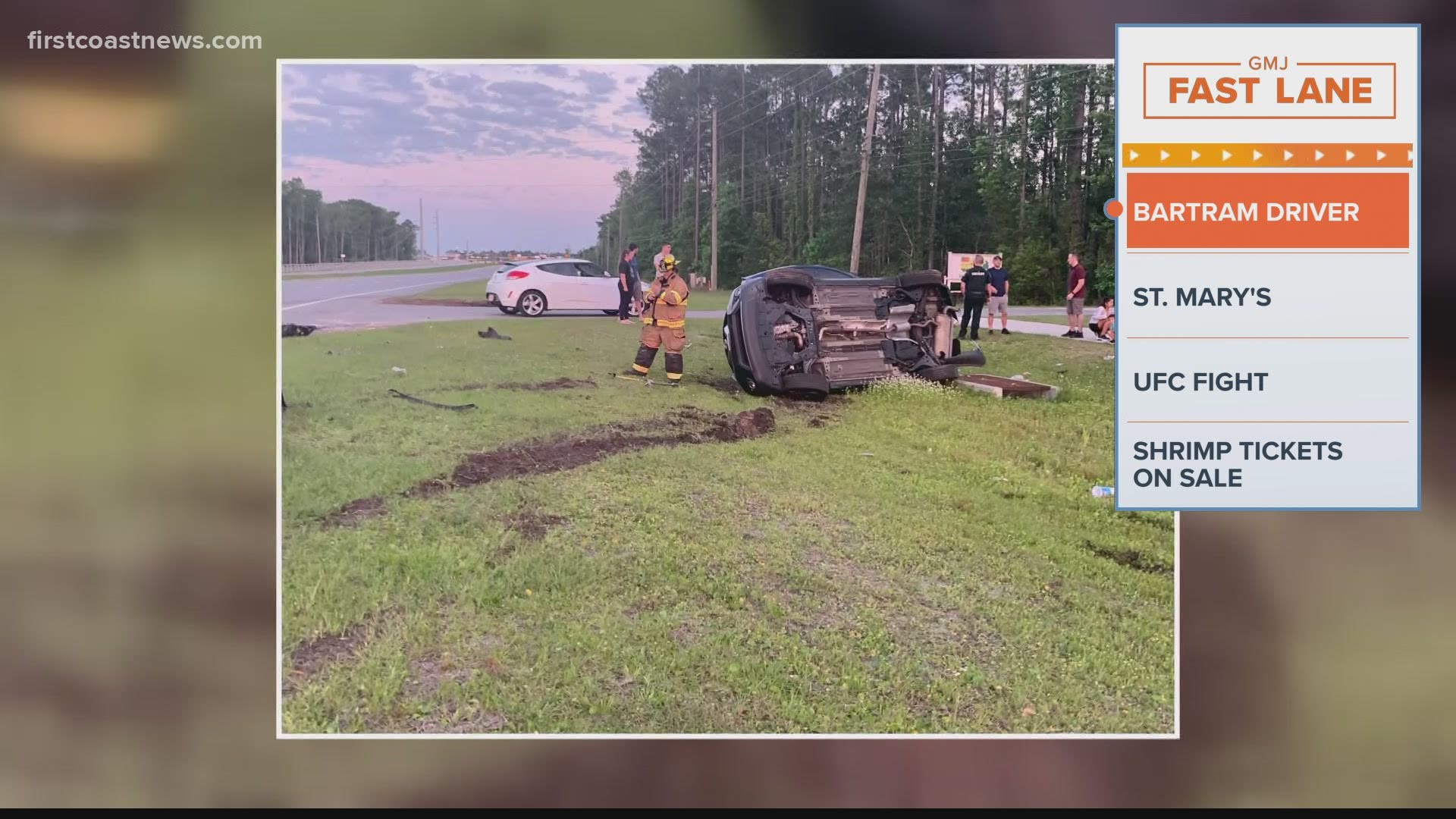 “We had to jump the curb and pull into the woods to avoid getting hit,” Craig Riley said. “He went on to turn on Race Track Road toward Durbin Pavilion where he hit a family's car causing it to flip over.”

A spokeswoman with the St.Johns County Sheriff’s Office said the crash happened near Race Track Road and Bartram Creek Boulevard.

"The preliminary investigation appears to show that a vehicle was traveling the wrong way," Peret Pass with the St. Johns County Sheriff's Office said. "That may have caused the crash."

No one was injured, and the cause is under investigation. The sheriff’s office said no one has been arrested at this time, but an individual was placed in handcuffs for his safety during the investigation.

Riley is grateful no one was hurt.