As of 10 p.m., the scene has cleared and traffic has returned to normal. 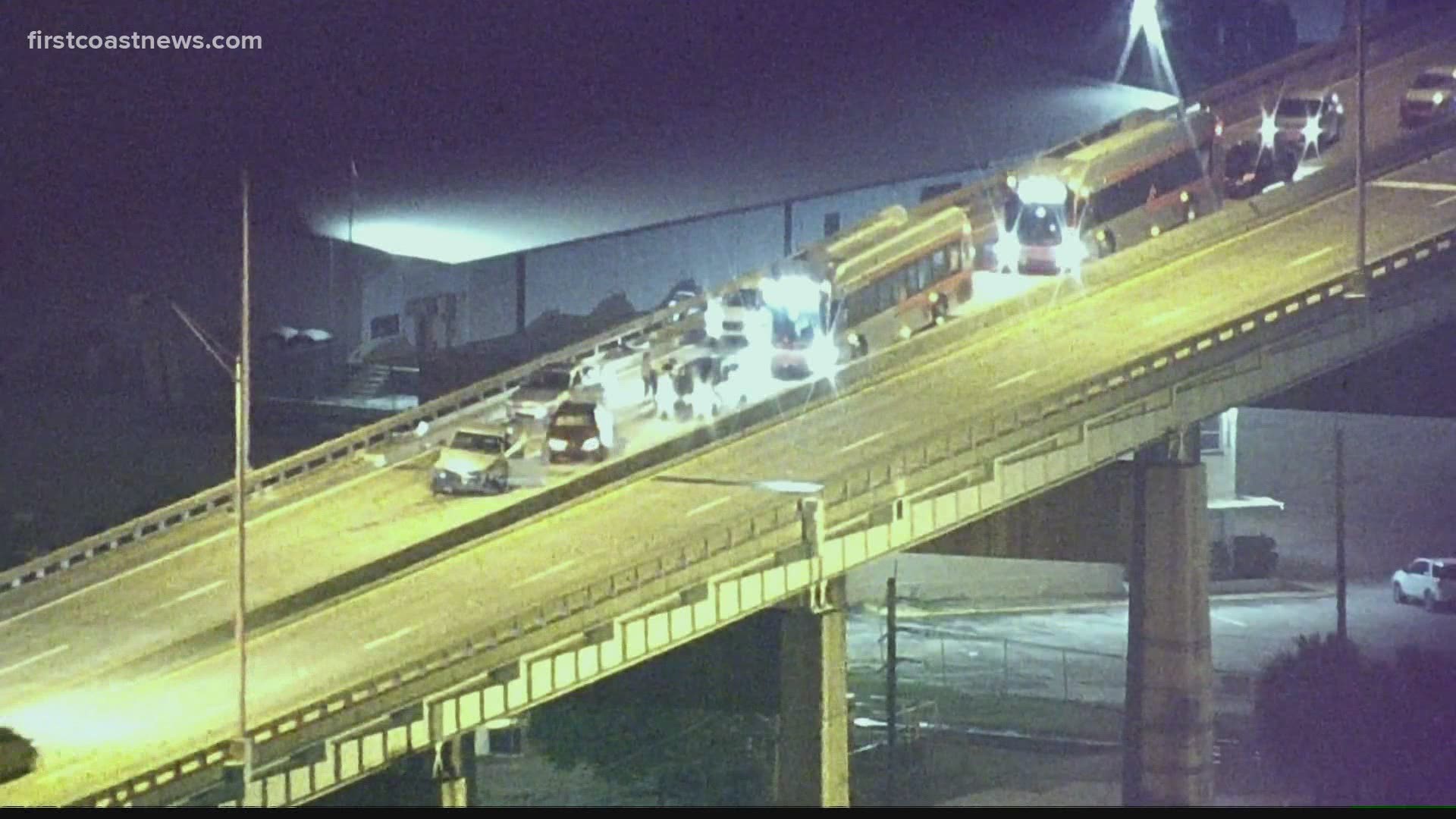 JACKSONVILLE, Fla — Both westbound lanes of the Mathews Bridge are back open after a crash shut them down for at least an hour Tuesday night.

The Jacksonville Sheriff's Office was diverting traffic off at University Boulevard as crews responded to the crash that appeared to involve about two buses, according to traffic video.

As of 10 p.m., the scene has cleared and traffic has returned to normal.