A vehicle crashed into two cars at a McDonald's drive-thru at Fort Caroline Sunday evening. 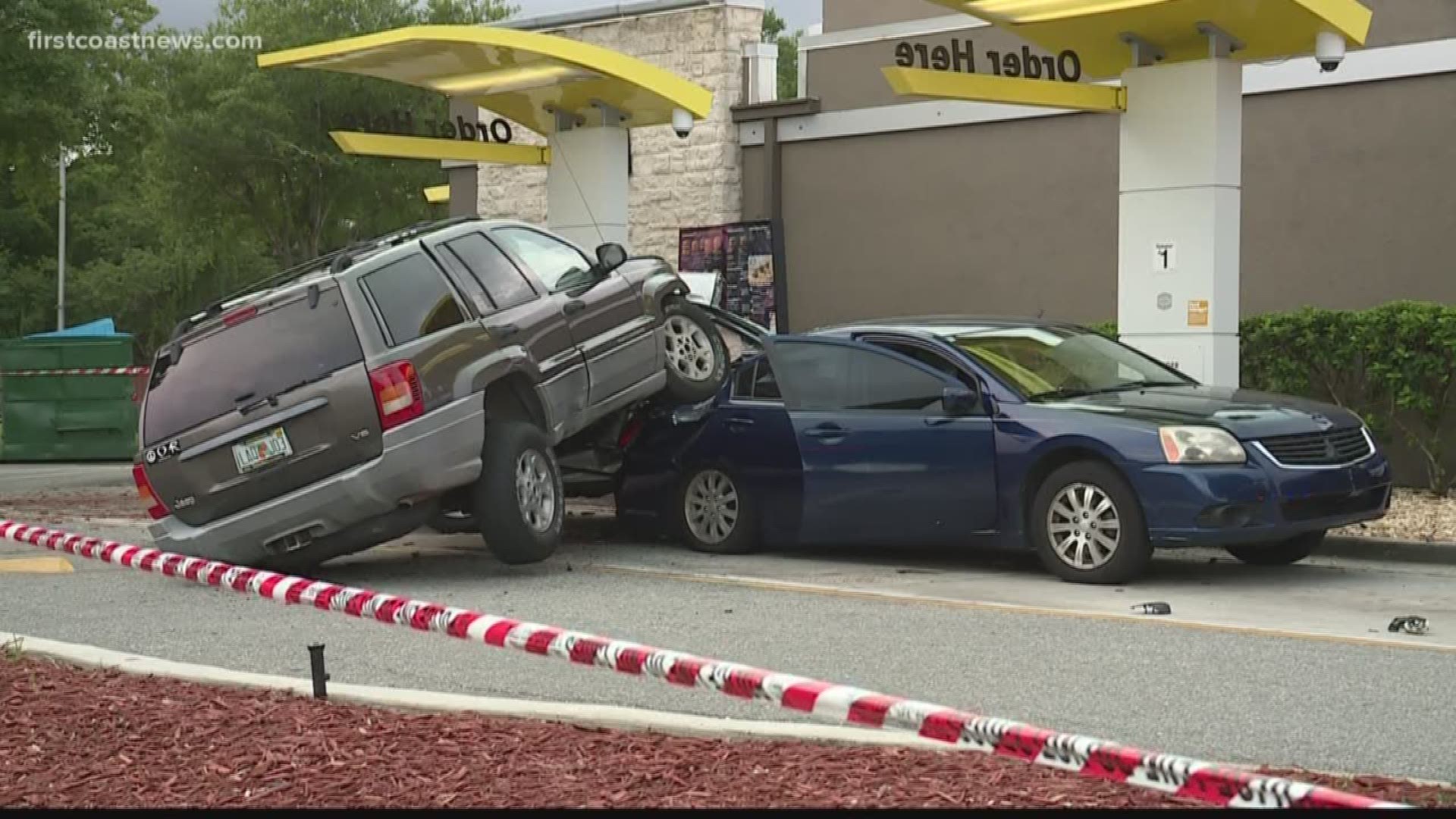 JACKSONVILLE, Fla. — The Jacksonville Sheriff's Office's traffic homicide unit is on the scene of a crash at a Fort Caroline McDonald's where a driver crashed into two vehicles at a drive-thru Sunday evening.

JSO tweeted about the crash at 9:23 p.m., saying it happened near Monument Road and McCormick Road.

First Coast News cameras were at the scene and captured photos of the crash.

The cause of the crash has not been disclosed.