A white Chevy Tahoe was traveling north on Hodges when it collided with a tree, police say. 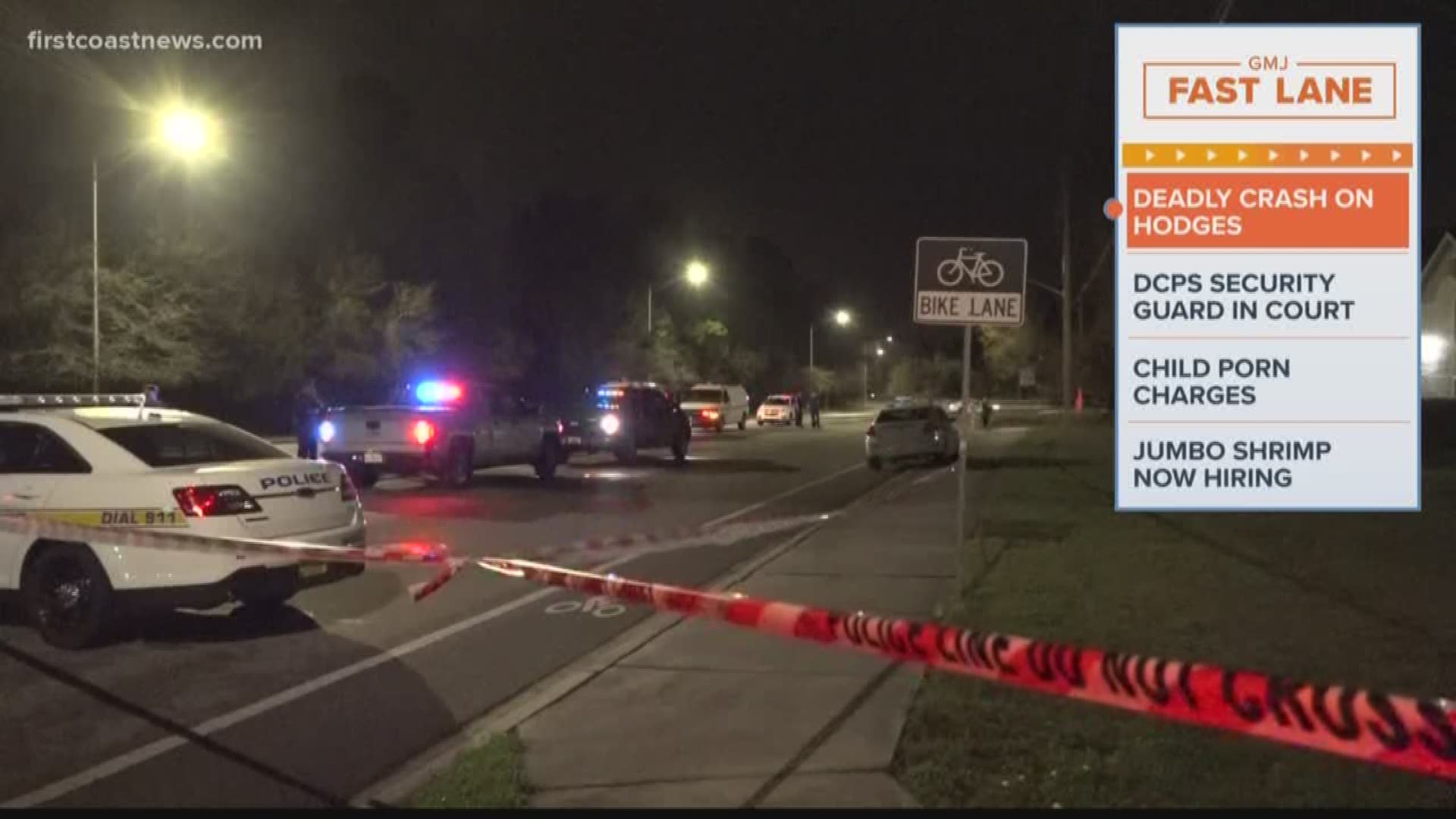 A man is dead following a single-vehicle crash on Hodges Boulevard Thursday night.

According to the Jacksonville Sheriff's Office, around 10 p.m. a white Chevy Tahoe was traveling north on Hodges Boulevard when, for unknown reasons, it left the roadway in front of Crescent Ridge Apartments.

When officers arrived, they found a man inside the vehicle dead. At this time, there is no information regarding the identity of the driver.