"The stretch of I-95 between Jacksonville and St. Augustine has been one of the most deadly and dangerous stretches of roadway in the entire country in recent years," he says. 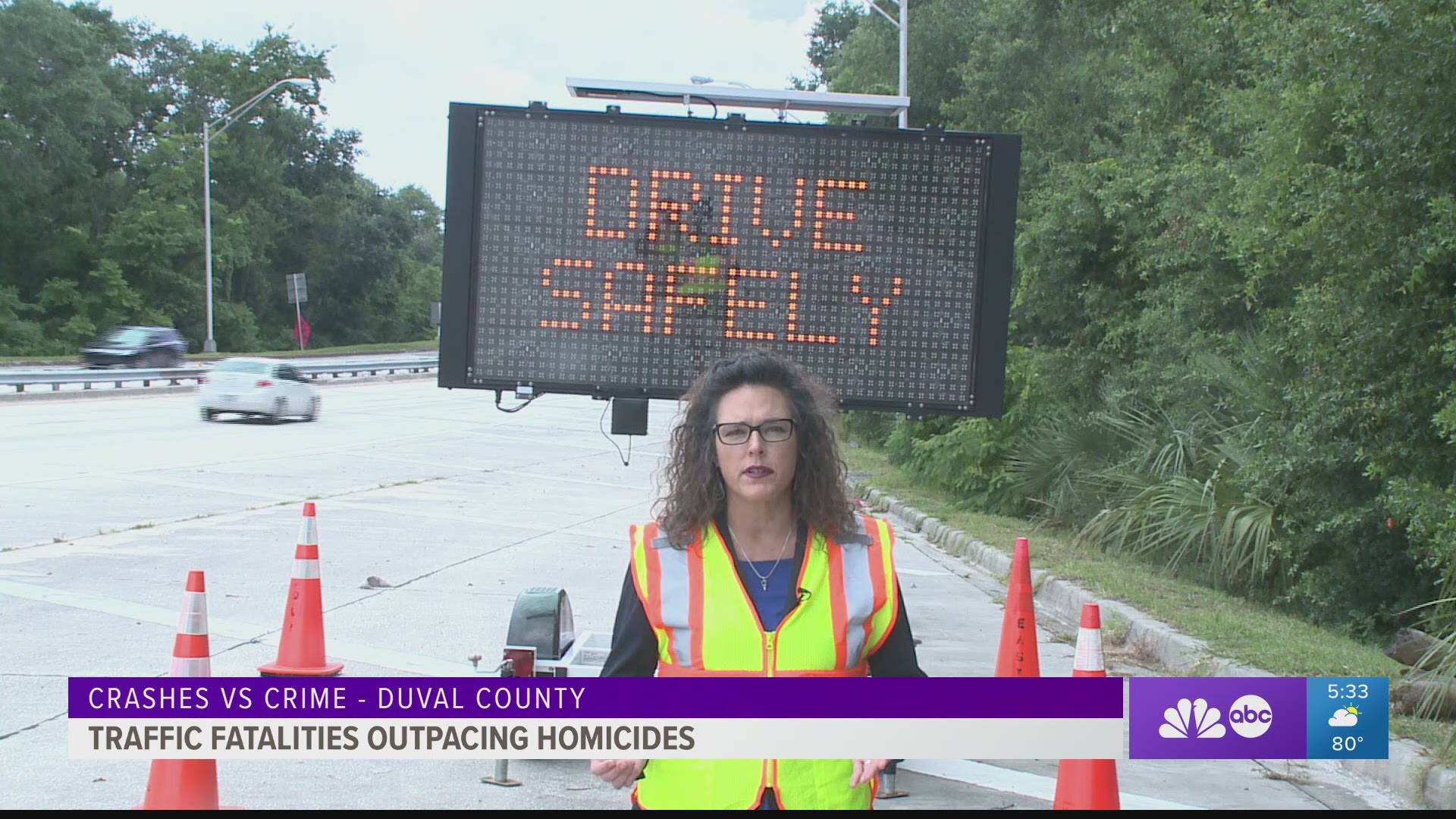 A digital sign on the east side of the Hart Bridge puts a rare tally on the lethality of local roads.

“Over 90 traffic deaths this year,” it reads. “Drive safely.”

The bridge was the site of two fatal and high-profile accidents in recent weeks. But such coverage is rare. Unless a crash closes roads or snarls traffic, most wrecks don’t make the news.

That stands in sharp contrast to the city’s homicide rate – a number featured regularly in newscasts.

“Getting on the roadway is probably the most dangerous thing we do on a regular basis every day,” he says. “It’s not as sensational, unfortunately, as tragic circumstances involving homicides.”

According to the Jacksonville Sheriff’s Office website, the homicide total stands at 69 so far this year. By comparison, 98 people have died in traffic accidents.

Anderson’s law partner Joe Camerlengo says construction is the main culprit, along with the usual distractions. “The stretch of I-95 between Jacksonville and St. Augustine has been one of the most deadly and dangerous stretches of roadway in the entire country in recent years,” he says.

The advent of new driver safety devices isn’t necessarily helping. In fact, Camerlengo says in some cases, it could be making things worse.

Unlike the murder rate, which many people tend to fear, Camerlengo says, drivers may believe they are safer than they are. “Drivers are becoming too reliant on these safety features,” he says. “You can’t rely on that. That’s meant to be in addition to your safe driving, not in place of it.”

Anderson says the surest path to safer roads is to remember the basics – like wearing your seatbelt, limiting distractions -- and never forget the risk. “People need to become aware [all] year long -- instead of just focusing on days like today when kids are going back to school.”