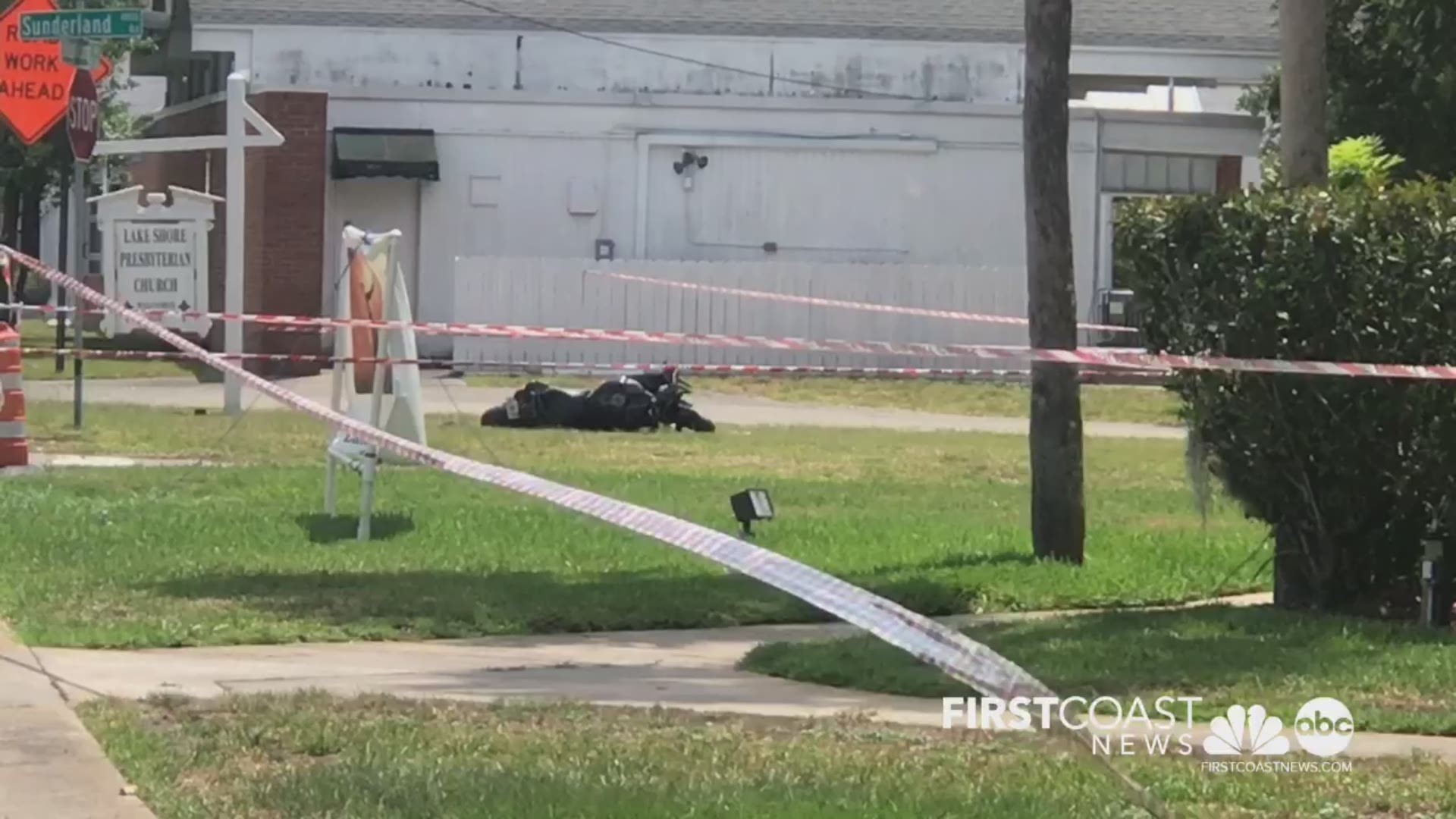 A motorcyclist died after colliding with a car on Blanding Boulevard Tuesday afternoon, causing the road to shut down for a few hours.

The Jacksonville Sheriff's Office said a Chevy Impala was crossing Blanding Boulevard near Somerset Road when a motorcyclist hit them in the passenger side of their vehicle. Police say initial investigation reveals the motorcyclist was speeding at the time of impact.

The motorcyclist was wearing a helmet, according to JSO, but was pronounced dead on the scene by JFRD.

Police said there were two adults in the Impala, and both suffered very minor injuries.