State Road-20 is back open after it was shut down for hours following a deadly crash, according to Florida Highway Patrol. 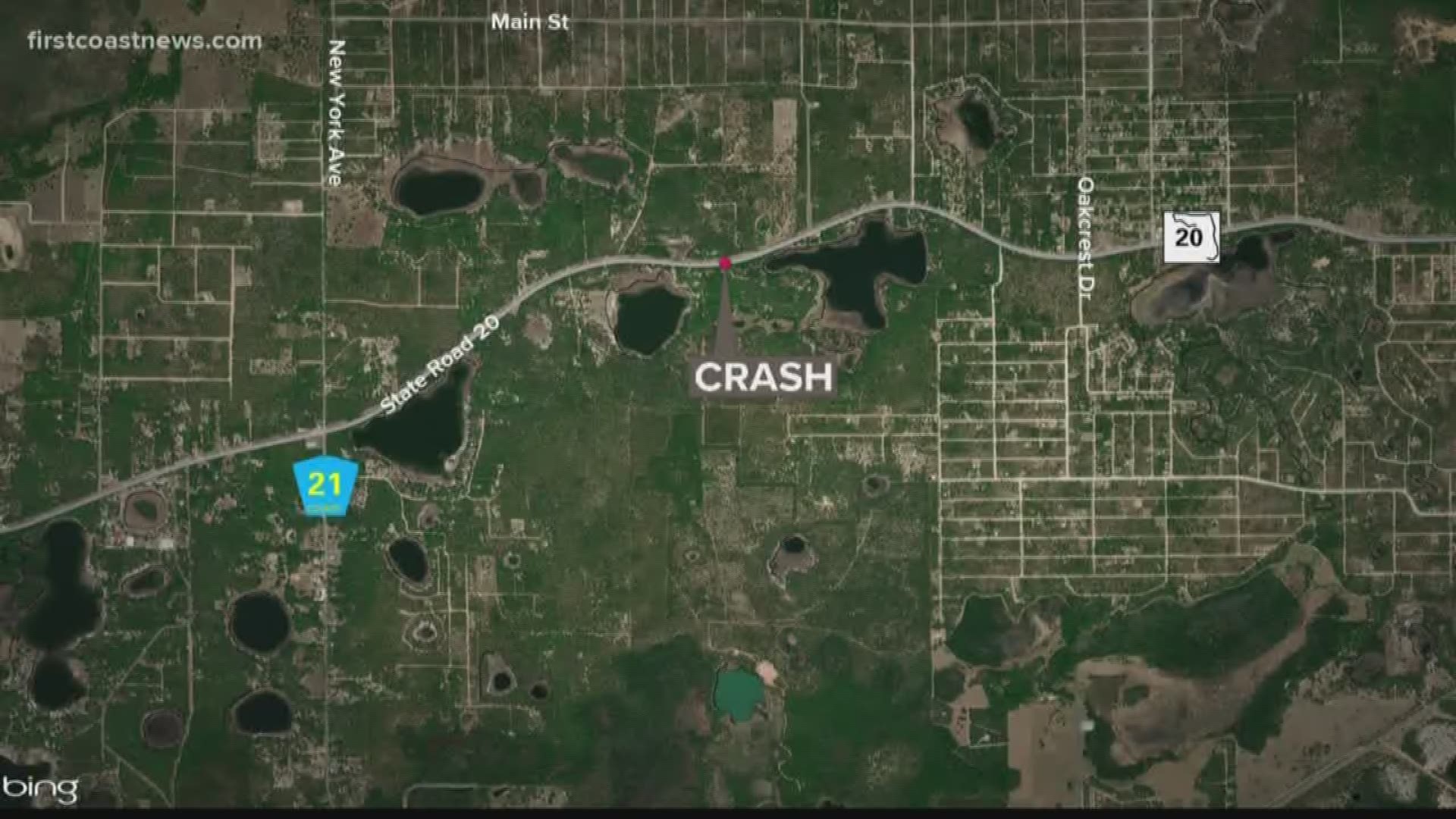 A fatal head-on crash in Putnam County shut down State Road-20 for hours Sunday, according to the Florida Highway Patrol crash map.

Florida Highway Patrol was dispatched to Galilee Shore Drive along SR-20 in Hawthorne at 11:47 a.m. The Putnam County Sheriff's Office was also on scene.

A report from FHP said at 11:41 a.m. a 2001 Jeep Cherokee was traveling eastbound and a 1998 Dodge Duran was traveling westbound on SR-20. For reasons unknown, the Jeep traveled off the roadway to the right shoulder before overcorrecting back onto the roadway. The Jeep crossed the solid yellow lines and collided with the Dodge head-on, the report said.

The Jeep's driver, 45-year-old Brandy Hunter, died in the crash. A passenger in the vehicle, who has not been identified, is in critical condition, the report said.

The driver of the Dodge is also in critical condition.

The entire roadway was blocked for hours following the crash but reopened at around 6:30 p.m.