Woman killed in wreck involving motorcycle, car on I-295 NB near 103rd Street

A woman died after the motorcycle she was riding in crashed into a Nissan on I-295 near 103rd Street.
Author: First Coast News Staff
Published: 6:12 PM EST November 20, 2019

A passenger on a motorcycle died Wednesday evening in a crash on Interstate-295 near 103rd Street on the Westside that temporarily left traffic at a standstill, according to the Jacksonville Fire and Rescue Department.

Florida Highway Patrol said Karen Moody, 46, was pronounced dead and the roadway was blocked as troopers investigated the scene.

FHP said a Nissan Altima and a Harley Davidson motorcycle were traveling northbound on I-295 in the left lane when the Nissan slowed for traffic ahead of it. The motorcyclist failed to slow down and struck the rear end of the Nissan causing the motorcyclist and Moody to be projected forward, according to FHP.

The Nissan then road over Moody, killing her, FHP said. 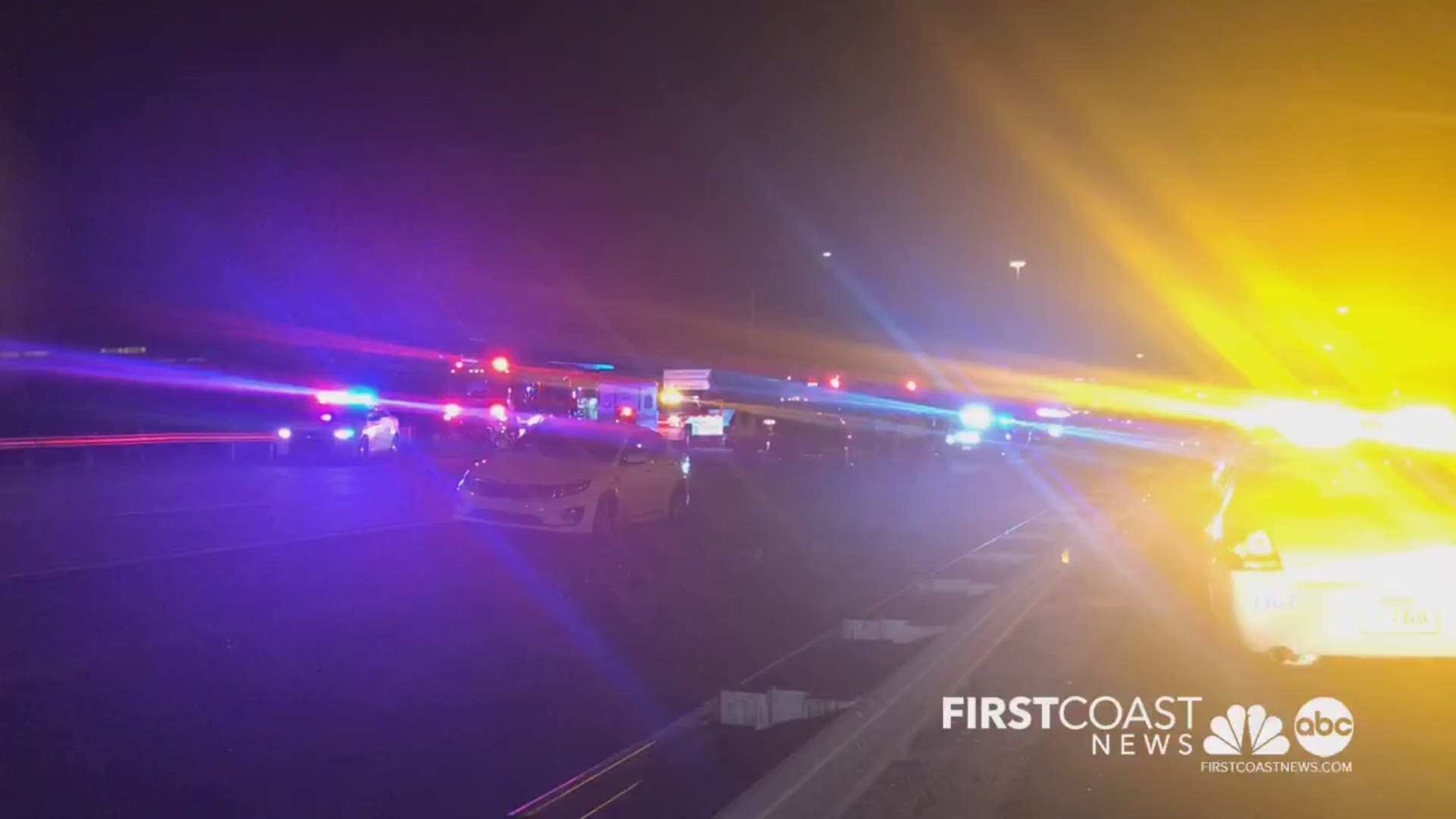