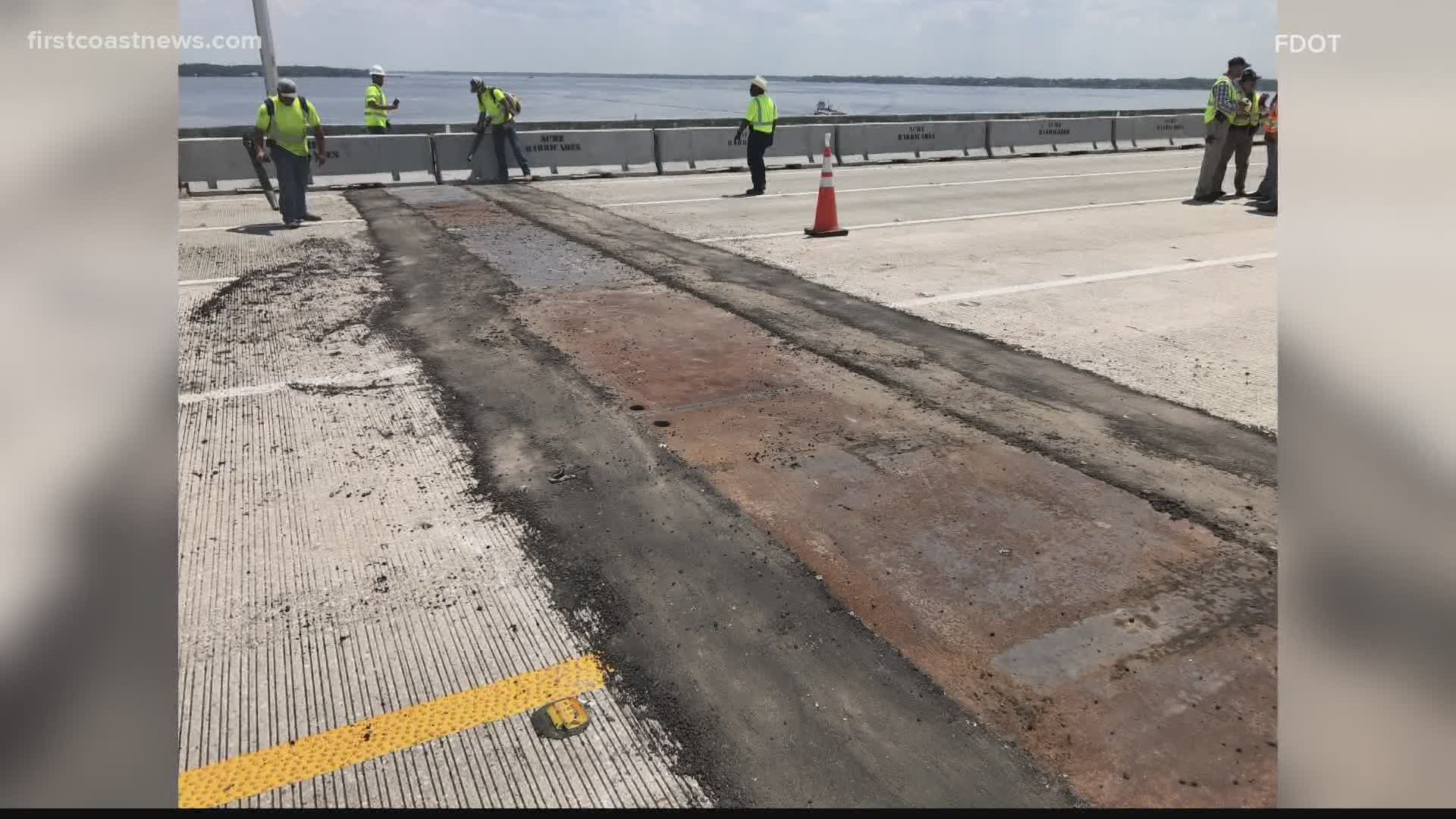 JACKSONVILLE, Fla. — The southbound lanes of the Buckman Bridge are now back open after the Florida Department of Transportation pulled construction crews who were working on temporary repairs to the road Thursday.

All southbound lanes of I-295 from US-17 to the Buckman Bridge were blocked shortly after 7 a.m. after the Florida Highway Patrol received a call regarding possible damage to the bridge. When troopers arrived, they saw "an area of minor damage to the roadway," which forced the closure.

FDOT said its crews would conduct temporary repairs Thursday, with additional permanent repairs to take place in the coming weeks.

“We know it was a real inconvenience for people driving to work this morning,” FDOT Spokesperson Hampton Ray said.

Ray said the damage was noticed in the expansion joints in one of the central segments of the bridge.

I’m on the St. Johns River getting a better look at crews repairing an expansion joint on the Buckman Bridge. We’ll have a live report at noon @FCN2go pic.twitter.com/7T6P1D7VwV

“The finger joints are expansion joints, finger joints, so when concrete heats up it expands, and when it gets colder it contracts and we know that, we expect it, it’s part of our construction process,” he said.

Sounds of construction could be heard from underneath the center of the bridge.

The remedy was to put large metal plates over the finger joints.

It's a temporary fix FDOT said will be safe for drivers until crews can permanently address what they call a routine maintenance issue.

“We don’t anticipate another full detour of the bridge, when we do a permanent fixture of this, it will be looked at as lane closures,” Ray said.

FDOT expects those repairs to take place over the next several weeks during non-peak travel hours.

RELATED: Things you might have not known about the Buckman Bridge

RELATED: What is a bridge expansion joint? Let's explain