Man on scooter killed in hit-and-run on Beach Boulevard

FHP says a Toyota Tundra left the scene of the crash. 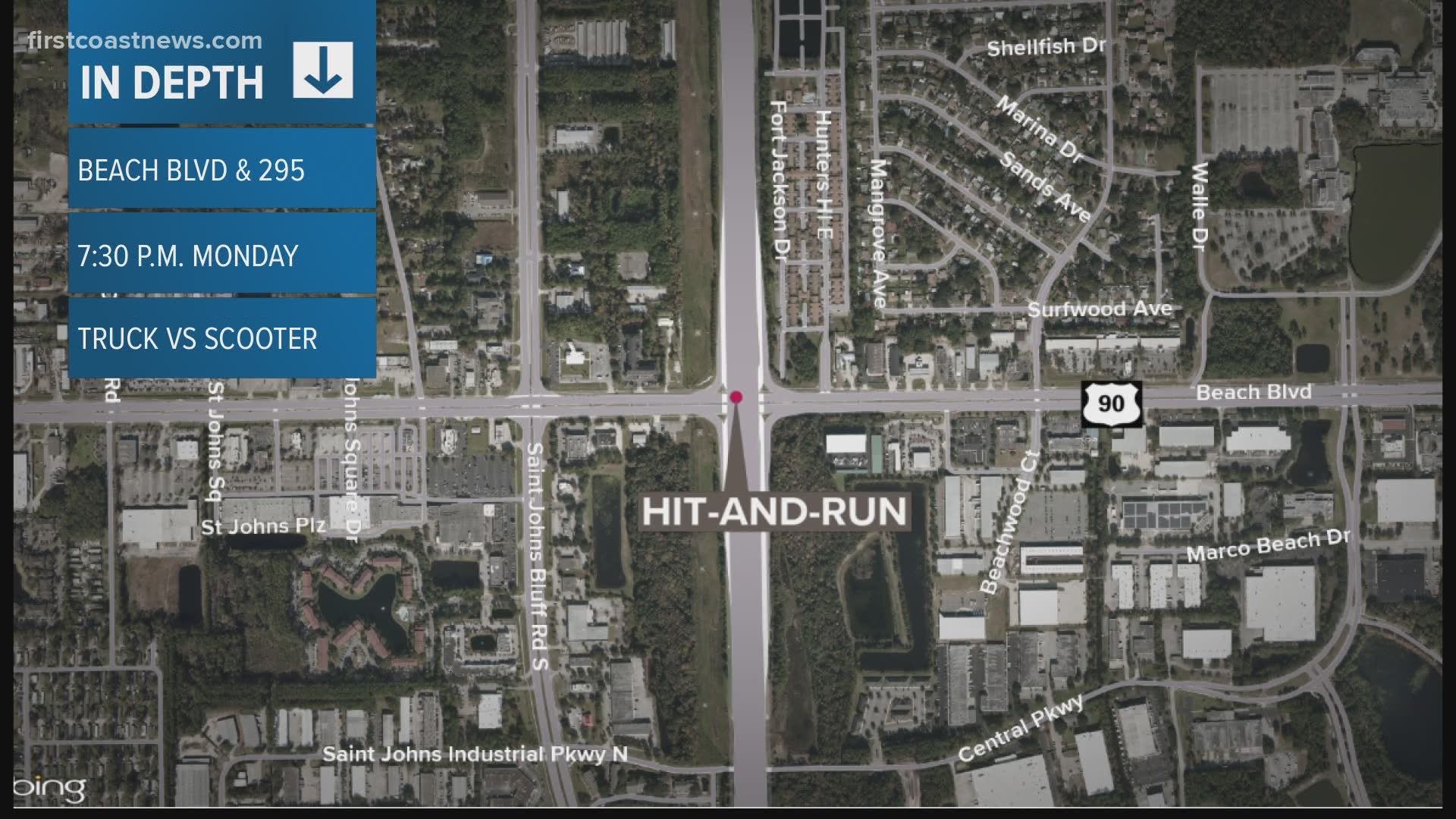 JACKSONVILLE, Fla. — A 51-year-old man is dead following a scooter crash on Beach Boulevard Monday evening, according to the Florida Highway Patrol.

Troopers say a red scooter was traveling westbound on Beach Boulevard in the left lane around 7:30 p.m. when a gray in Toyota Tundra collided with it under the Interstate 295 overpass in the interchange area.

FHP says the Toyota Tundra left the scene of the incident.

The rider of the scooter died on scene from his injuries. He was not identified by troopers.

RELATED: GoFundMe started to help repair Southside school for children with disabilities after vandalism forces it to close