Traffic is being diverted onto County Road 210 then south on US 1 north. 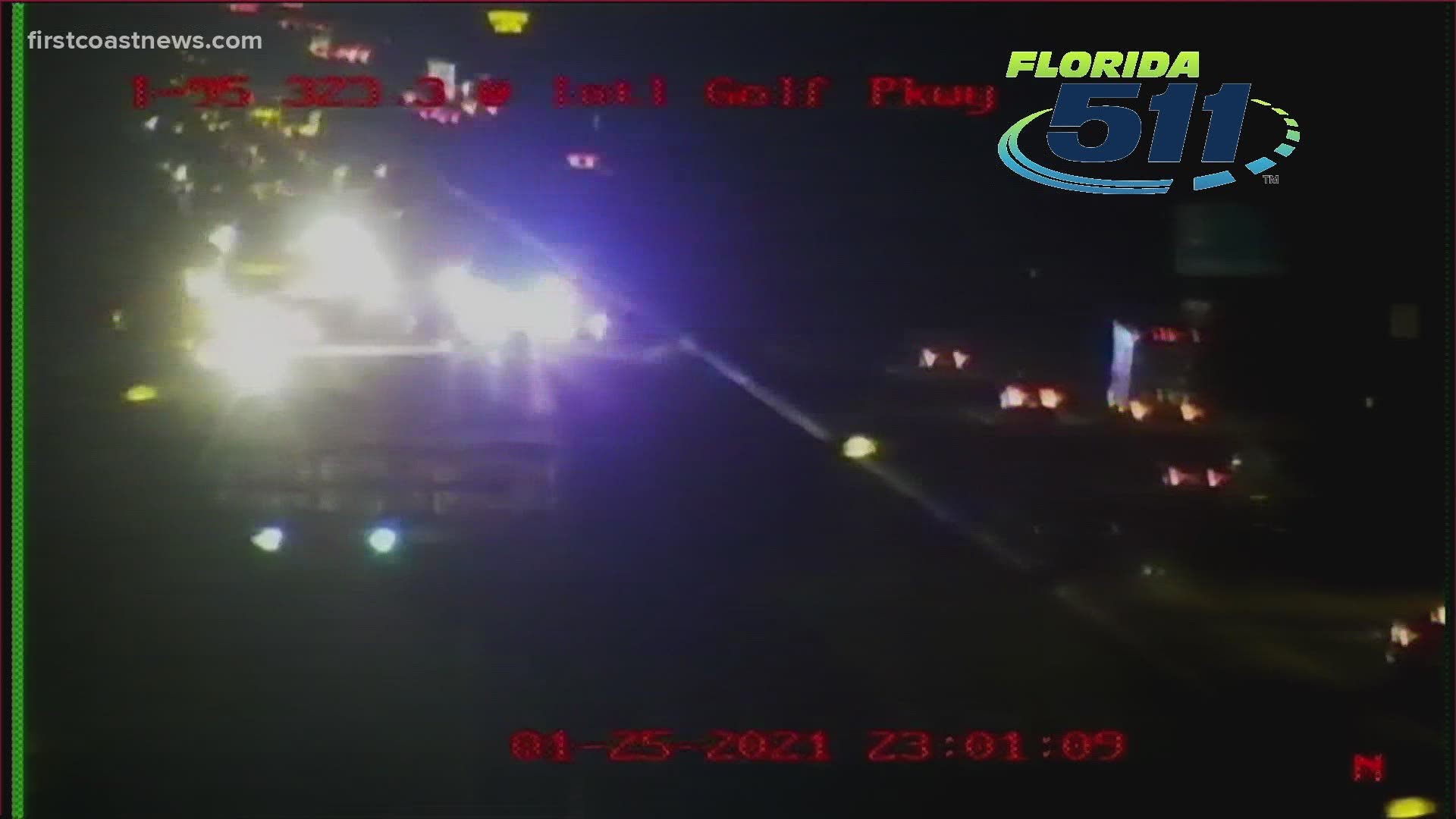 According to the St. Johns County Sheriff's Office, a semi-truck without a trailer was disabled in the right shoulder of I-95. Meanwhile, a tow truck attempted to make an illegal U-turn onto the interstate, causing an oncoming van to hit the tow truck.

At least four people were injured in the crash, including two people listed as trauma patients. One of the trauma patients was airlifted to Memorial Hospital, while the other was taken via ambulance.

The two other injured people were taken to Flagler Hospital. None of the injuries appear to be life-threatening.

According to the St. Johns County Sheriff's Office, southbound traffic on I-95 in the area was closed due to the crash for a period of time while the scene was being cleared. Traffic was diverted onto County Road 210 then south on US 1 north.

The Florida Highway Patrol is investigating the crash.

The crash remains under investigation.