A high-speed police chase ended in a crash that shut down I-95 near SR-206 for hours, according to the St. Johns County Sheriff's Office. 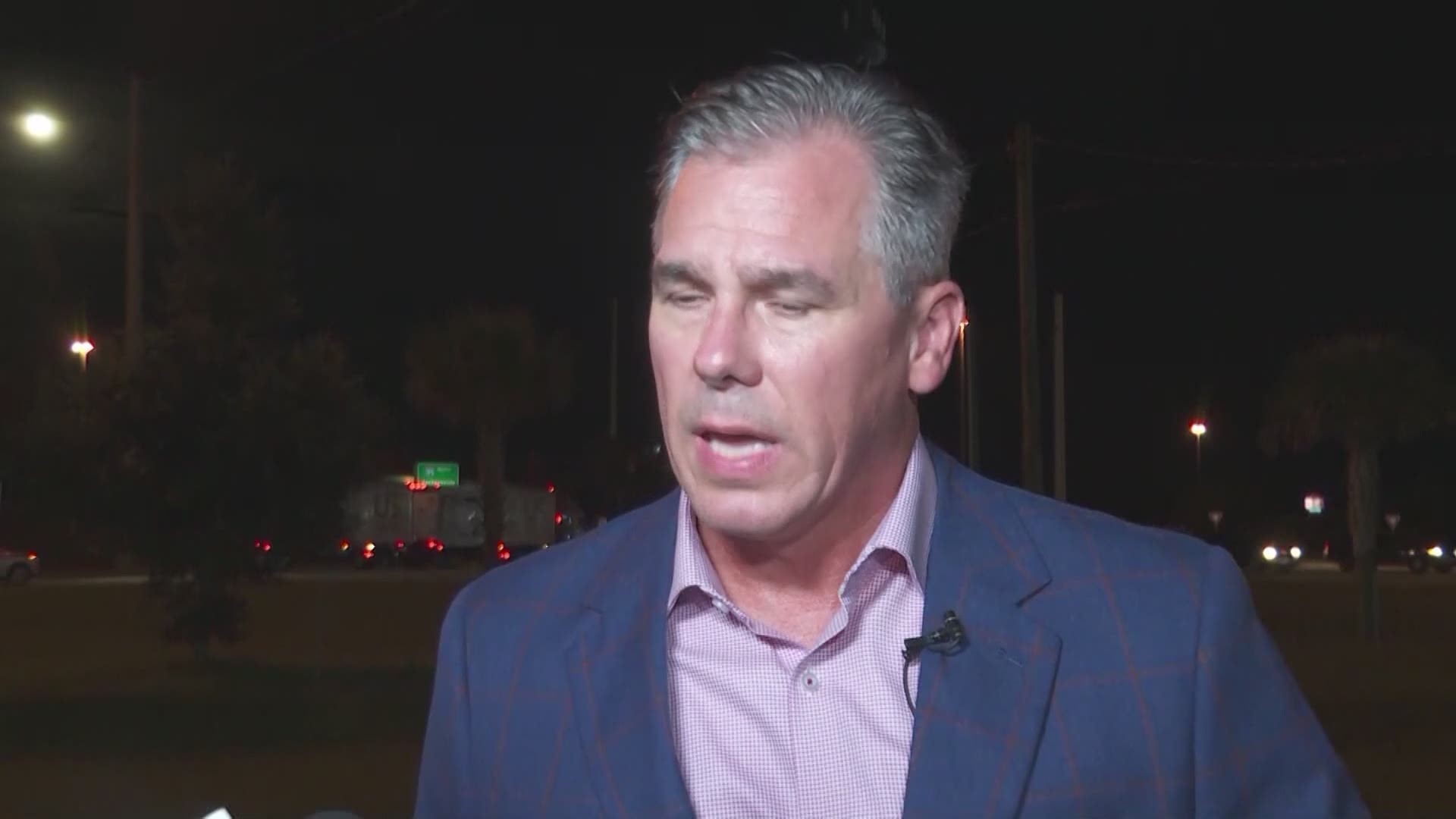 Shortly after 6 p.m. St, Johns County deputies were told by the Jacksonville Sheriff's Office to be on the lookout for a reckless driver heading southbound on I-95.

Later, a St. Johns County deputy spotted the vehicle disabled on the side of SR-16. When the deputy checked on the occupants of the vehicle, he realized the driver was bleeding profusely and in need of medical attention. Then the driver exited the vehicle and got into a physical struggle with the deputy.

During the scuffle, the vehicle's passenger, a woman, got out of the vehicle and walked away without posing a threat to the deputy. Sheriff's office said the woman is not a suspect and did not appear to be injured.

The suspect then tried to steal a motorcycle from a citizen who stopped to help.

The suspect then sped off southbound I-95 and a high-speed chase ensued, the sheriff's office said.

Deputies soon received information from JSO that the initial disabled vehicle and suspect were involved in a series of "serious felony crimes" in Duval County, where the suspect likely sustained his injuries.

The chase ended on I-95 near SR-206 when deputies performed a PIT maneuver, causing the suspect to crash into patrol cars in the center lane. When the suspect was removed from the SUV, deputies saw that he was seriously injured. First responders arrived at the scene and the suspect was rushed to a local hospital where he remains in critical condition, according to deputies.

Deputies said the suspect's injuries were sustained before the crash.

The sheriff's office did not disclose what specific felony crimes occurred before the suspect made it to St. Johns County, only that they happened in Jacksonville.

First Coast News reached out to the Jacksonville Sheriff's Office for more information but did not receive any details.

Deputies said the suspect is likely facing a slew of charges, including battery on a law enforcement officer, reckless driving, fleeing the scene, car theft and more.

The scene at I-95 and SR-206 remains active and is expected to be shut down for at least a few hours.