FHP said a 55-year-old man struck a barrier after losing control of his vehicle while going around a curve near Merrill Road and I-295. 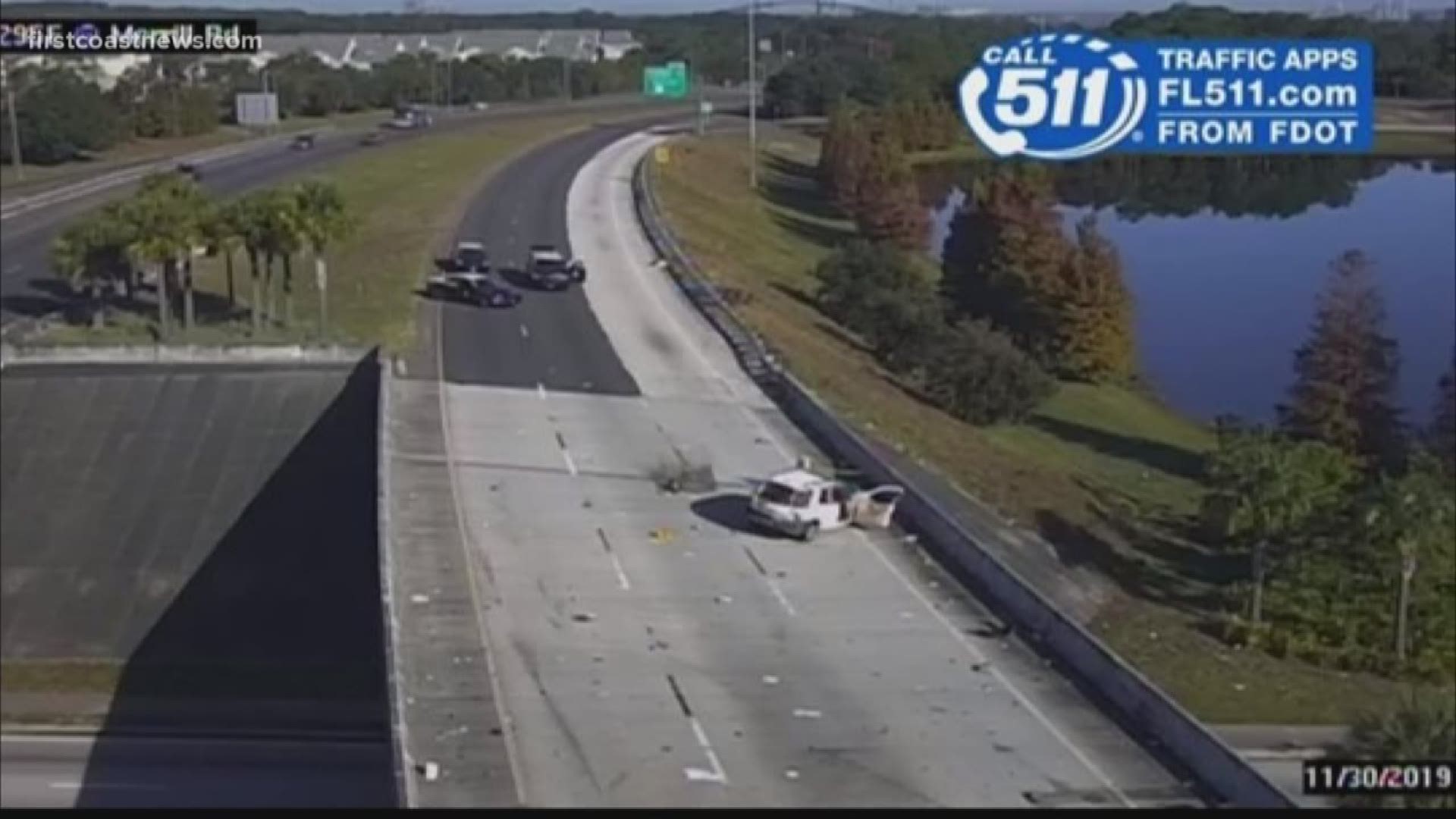 All lanes are back open after a deadly crash on Interstate-295 northbound near Merrill Road closed lanes for over three hours Saturday, according to the Florida Highway Patrol.

FHP said Brian George, 55, was driving a 2002 Mercedes-Benz ML-500 around 7:25 a.m., when he lost control of his vehicle while going around a curve near Merrill Road and Interstate-295 and struck a concrete barrier.

George was not wearing a seatbelt at the time of the crash and was therefore ejected from the vehicle after striking the barrier, FHP said.

He was pronounced dead at the scene.

At this time, it is unknown if alcohol played a part in the crash.

Drivers were diverted to the Monument Road exit as crews worked the scene.