The driver of the JTA bus was taken to the hospital with minor injuries after hydroplaning, hitting a guardrail and flipping on I-10, during a heavy downpour. 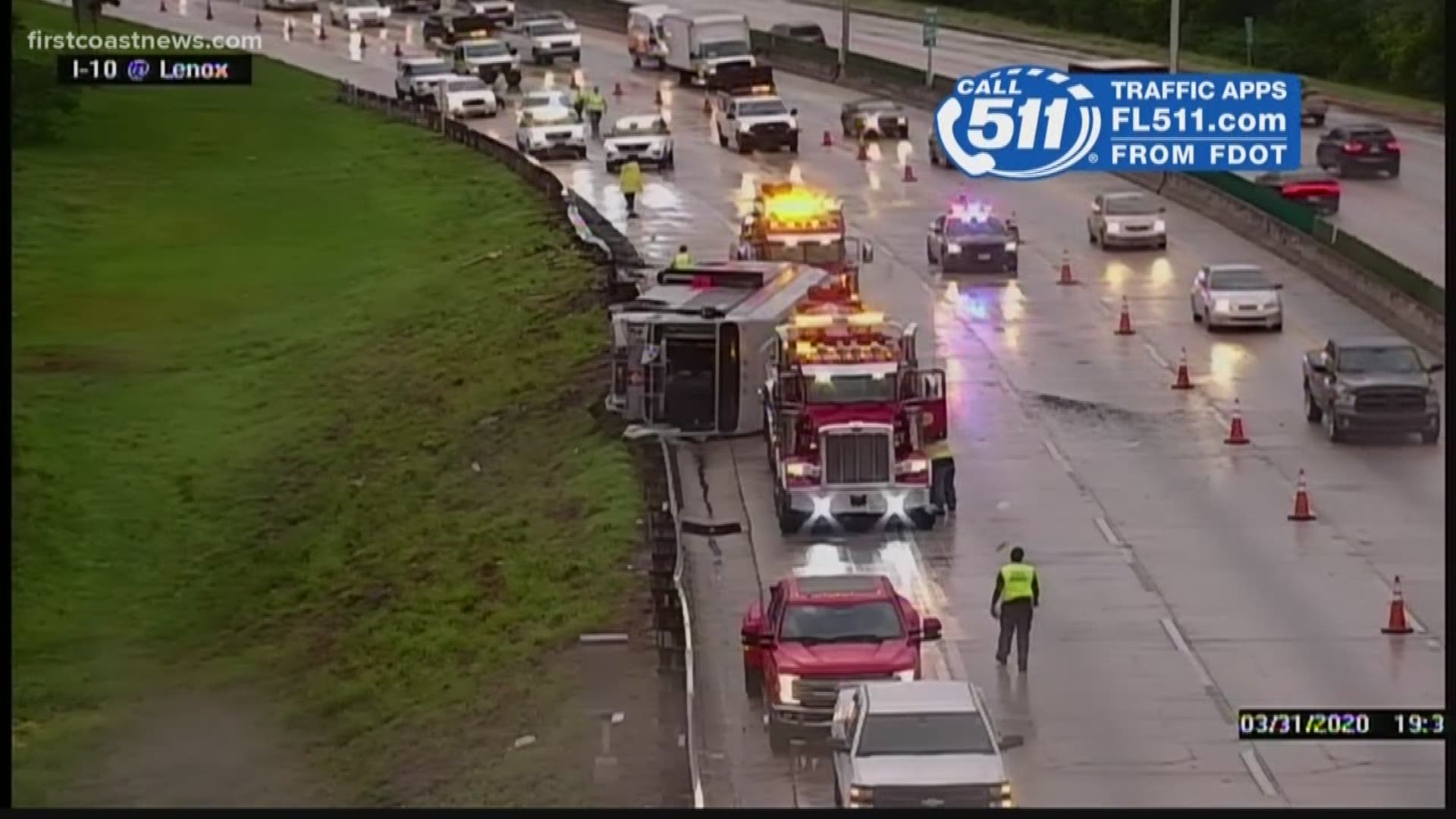 JACKSONVILLE, Fla. — A Jacksonville Transportation Authority bus driver is being treated for minor injuries after a crash that caused traffic to back up on I-10 Eastbound Tuesday night.

A JTA spokesperson said the bus was driving in a heavy downpour near Lennox Avenue when it hydroplaned, clipped a guardrail and flipped. The driver was the only person on board.

The bus was on the way to the Myrtle Avenue Operations Center when it crashed, the JTA spokesperson said. The driver was taken to the hospital with minor injuries but was coherent on scene.

Jacksonville Fire and Rescue Department and the Jacksonville Sheriff's Office are looking into what happened leading to the crash. Cameras and other systems on board the bus will help determine what happened, the JTA spokesperson said.

The crash happened in the same location where a JFRD fire captain flipped a truck in September, sending him to the hospital with serious injuries.

RELATED: Jacksonville fireman hospitalized after losing control of firetruck, overturning on I-10