As the officer arrived at the scene, the Chevy fled, JSO said. The sergeant already had his emergency lights activated and turned on his siren. 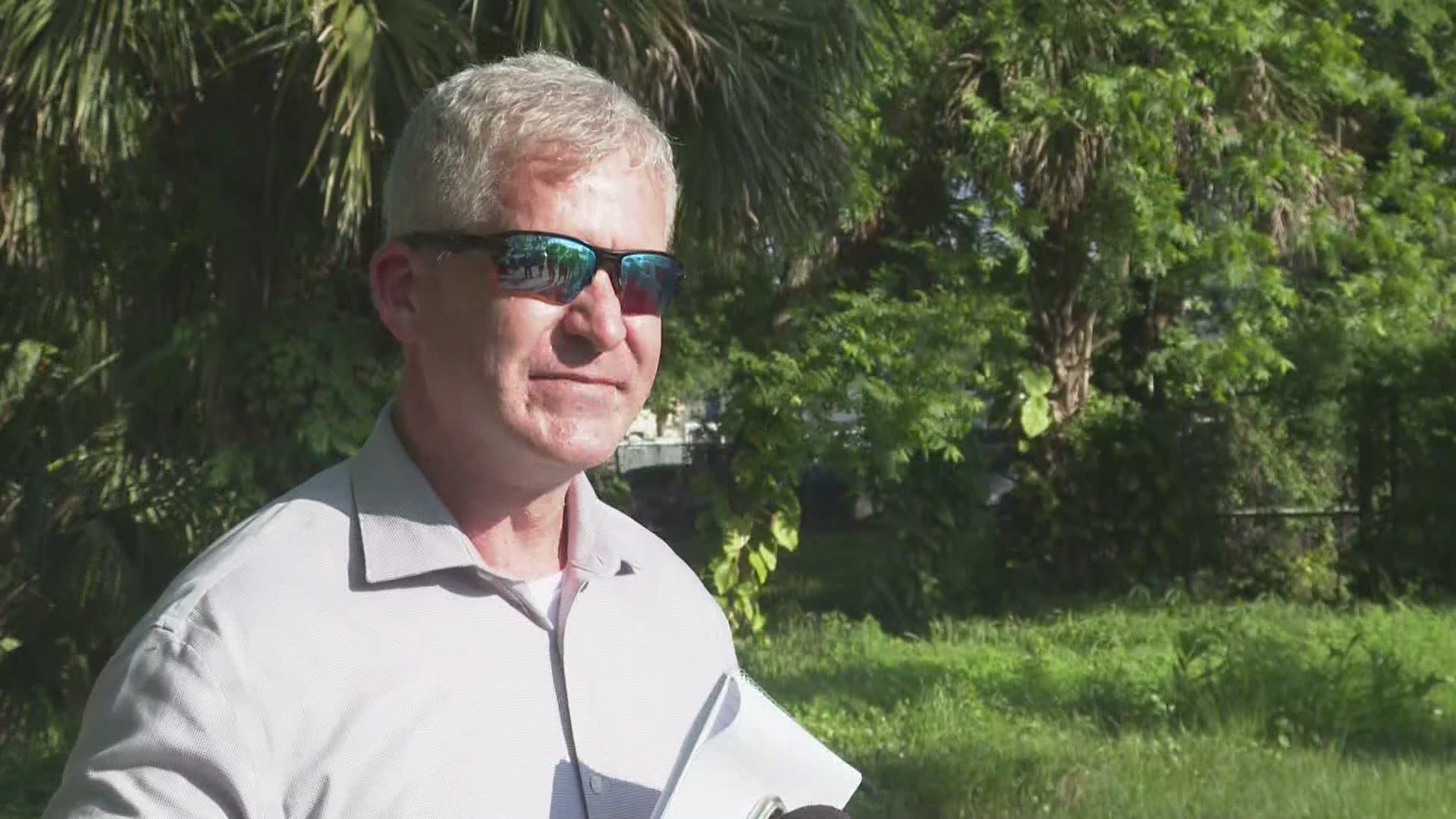 JACKSONVILLE, Fla. — A driver led a Jacksonville Sheriff's Office sergeant on a chase from Arlington into Downtown Jacksonville Tuesday afternoon before crashing into two other vehicles, JSO said.

Around 3:50 p.m., the sergeant, who was in a marked patrol vehicle, viewed what he believed at the time was a vehicle accident at Jones College in Arlington, police said. He saw a white Chevy that looked like it had spun out and hit a fence and another vehicle and was smoking.

As the officer arrived at the scene, the Chevy fled, JSO said. The sergeant already had his emergency lights activated and turned on his siren.

The Chevy continued over the Mathews Bridge and into the Downtown area, reaching speeds of around 50 to 60 miles per hour, and the Chevy was driving in a reckless manner, therefore the pursuit was in policy, JSO said. The Chevy ran a red light at Beaver Street and North Liberty Street, colliding with a dark-colored Infiniti and then a white Mercedes.

The Infiniti was occupied by a man who was not injured, according to police. The Mercedes was occupied by two women, who were taken to a hospital with minor injuries. Both women were walking and talking to people before being transported.

The Chevy was occupied by a man who was unconscious when he was taken to the hospital with non-life-threatening injuries. He will face criminal charges, JSO said. Right now police don't know why he fled, but he caused and fled from two separate accidents in the Arlington area, police said.