The passenger inside the JSO vehicle was transported to a nearby hospital with minor injuries, police said. 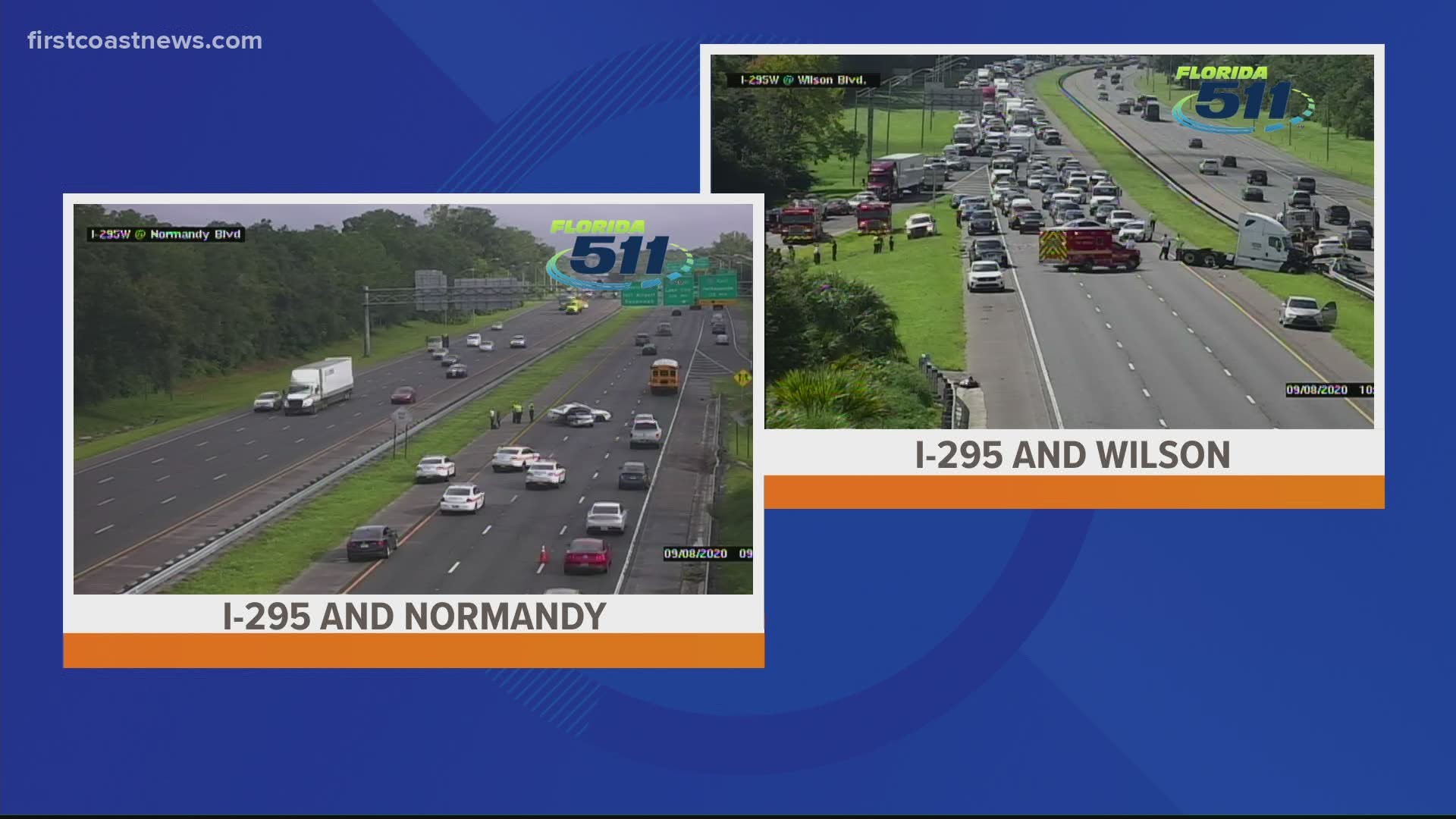 JACKSONVILLE, Fla — Minor injuries were reported from an officer-involved crash Tuesday morning, according to the Jacksonville Sheriff's Office.

JSO said the crash happened around 9 a.m. on the northbound lanes of Interstate 295 at Wilson Boulevard.

A passenger vehicle reportedly lost control in the rain and struck a guardrail before it struck a JSO vehicle. The passenger inside the JSO vehicle was transported to a nearby hospital with minor injuries, police said.

No other injuries were reported from the crash.

This crash caused two of the three northbound lanes of I-295 to close for over two hours.

This crash is also unrelated to a second crash on I-295 northbound at Wilson Boulevard that happened around 10:30 a.m., police said.