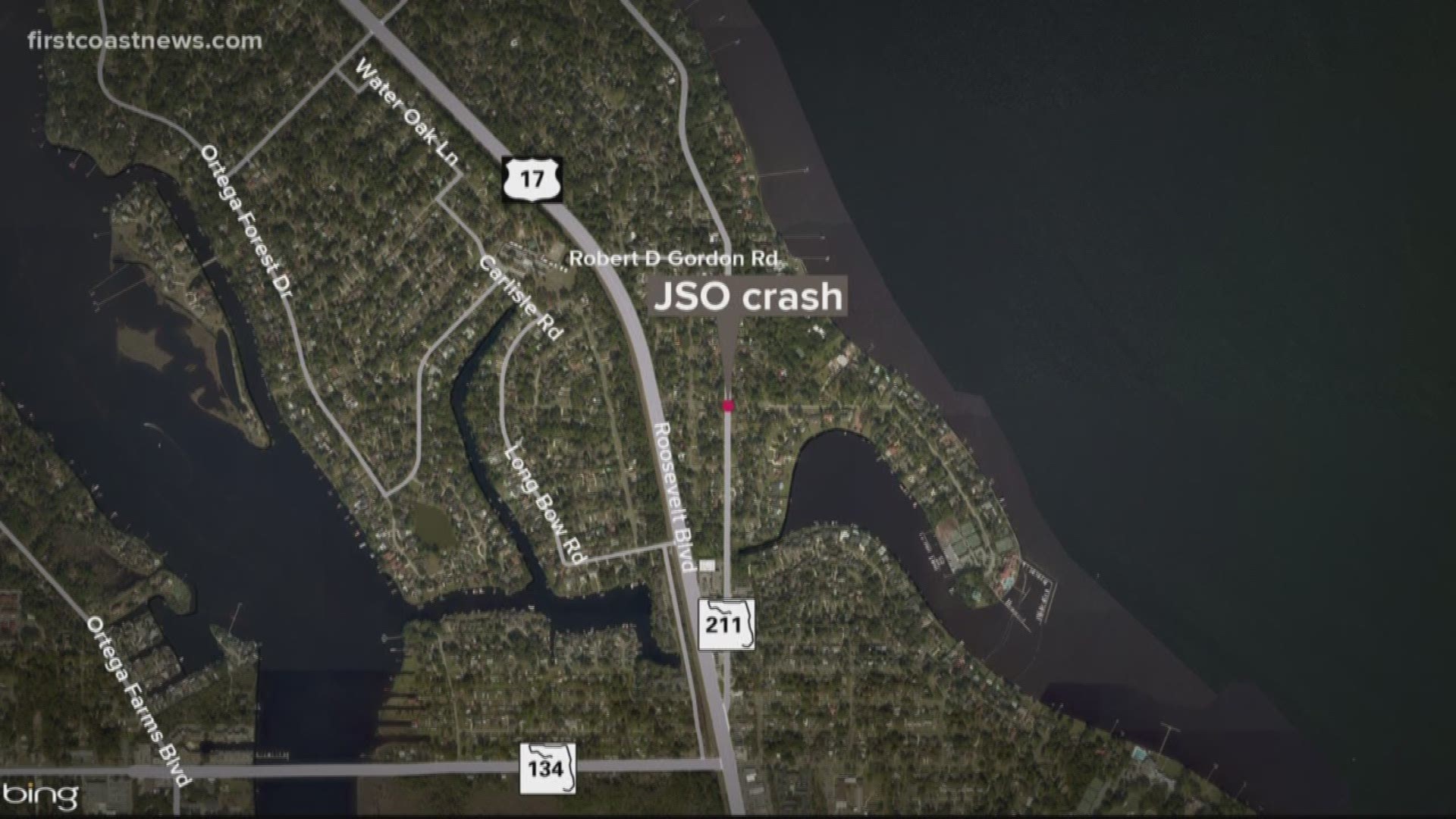 The first one occurred around 5:30 p.m. at the intersection of Martin Luther King and Myrtle Avenue.

JSO says a marked patrol unit was on the way to assist another officer in a call when it was involved in a crash with another vehicle.

An individual from the other vehicle was transported to the hospital for precautionary reasons. The officer did not sustain any injuries, JSO said.

The second crash occurred around 6 p.m. as an on-duty JSO officer in a marked patrol unit was involved in a crash on Yacht Club Road.

The officer was not injured, but a front seat passenger in the other vehicle was transported to the hospital after complaining of injuries.