The Jacksonville Sheriff's office confirmed Sunday evening that JSO court bailiff Cathy Adams has died after authorities say she and her family were struck by a suspected drunk driver on I-95. 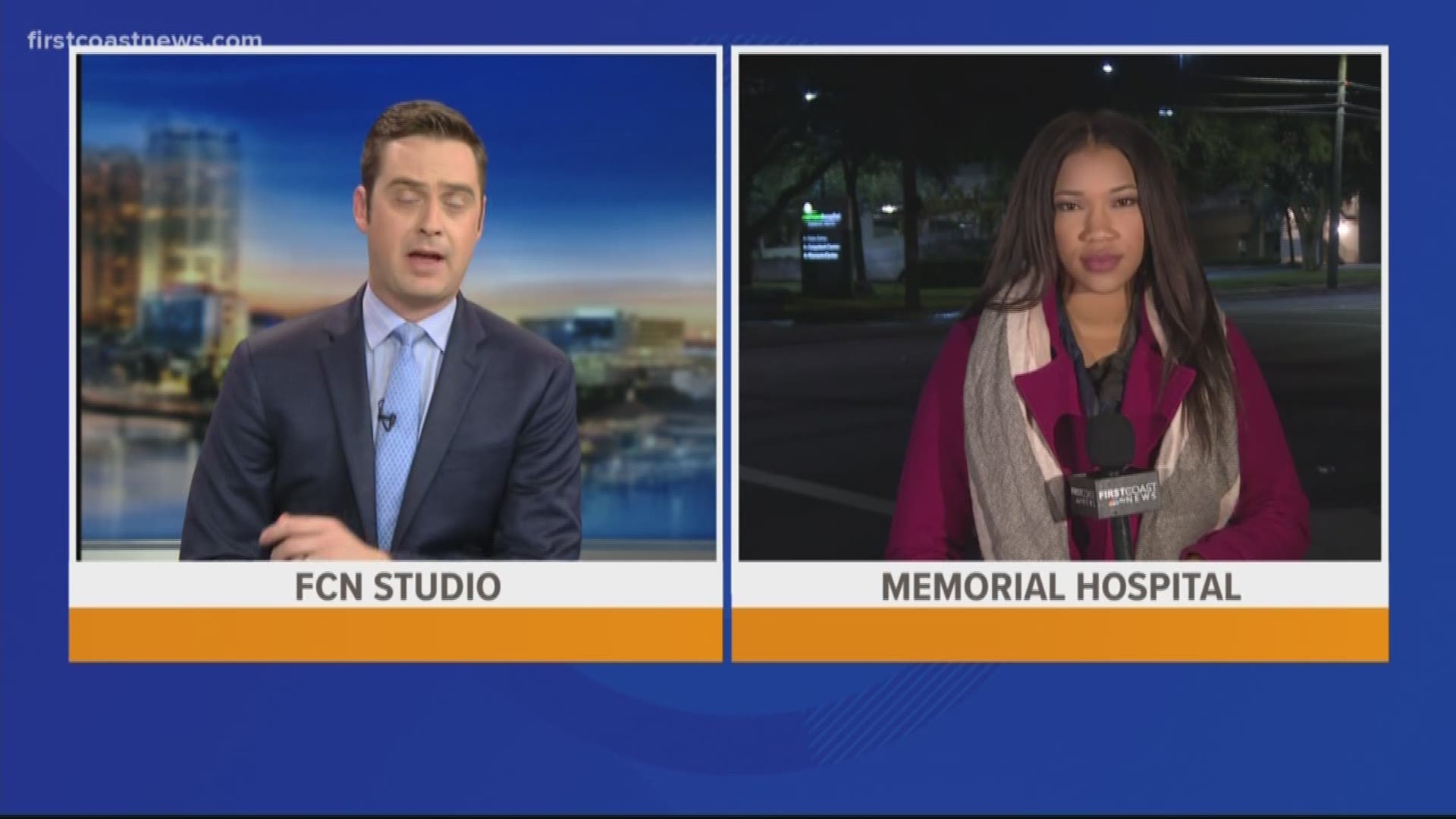 The Jacksonville Sheriff's office confirmed Sunday evening that JSO court bailiff Cathy Adams has died after authorities say she and her family were struck by a suspected drunk driver on I-95.

We are heartbroken to say that one of our #JSO employees, Cathy Adams has passed away within the last hour from injuries sustained in the traffic crash earlier this morning.

If you are inclined to do so, please say a prayer for the Adams family. 🙏🏼💙 https://t.co/qbrOH39frU

Cathy Adams passed away at 8:14 p.m., according to a report from the Florida Highway Patrol (FHP).

Cathy Adams, 43, her husband, JSO motorman William "Jack" Adams, 50, and two teenagers were driving back from the Mandarin vs Columbus game in Orlando when FHP says they were struck by suspected drunk driver identified as Kim Johnston, 46, around 1:15 a.m. at I-95 and SR-16 in St. Johns County.

FHP says the crash caused the family's vehicle to roll over and Cathy Adams was ejected and William Adams was trapped.

Cathy Adams, who JSO says worked for them as a court bailiff was kept on life-support until she died Sunday evening, according to family members. William Adams, who is a JSO motorman, suffered a broken neck and remains in the ICU following surgery, family says.

FHP says the two teens were listed with minor injuries. They have since been released from the hospital.

Two of our employees, a police officer and sworn bailiff were involved in a serious traffic crash in another county early this morning. @FHPJacksonville handled the investigation. Our prayers are with our JSO family. 🙏🏼💙

The Jacksonville Fire and Rescue Department tweeted out their condolences to the family.

We offer our thoughts and prayers to our brothers and sisters in blue...This family of 4 was hit by a drunk driver...sadly Cathy Adams, a court bailiff is on life support...Officer Jack Adams is in ICU...please pray for them, their kids, and their extended blue family. @JSOPIO pic.twitter.com/rtOfSRIc6c

Johnston was arrested on two counts of driving under the influence with serious bodily injury to another person, but FHP says they expect one of the charges to upgraded to DUI manslaughter.