There were at least two other vehicles involved. 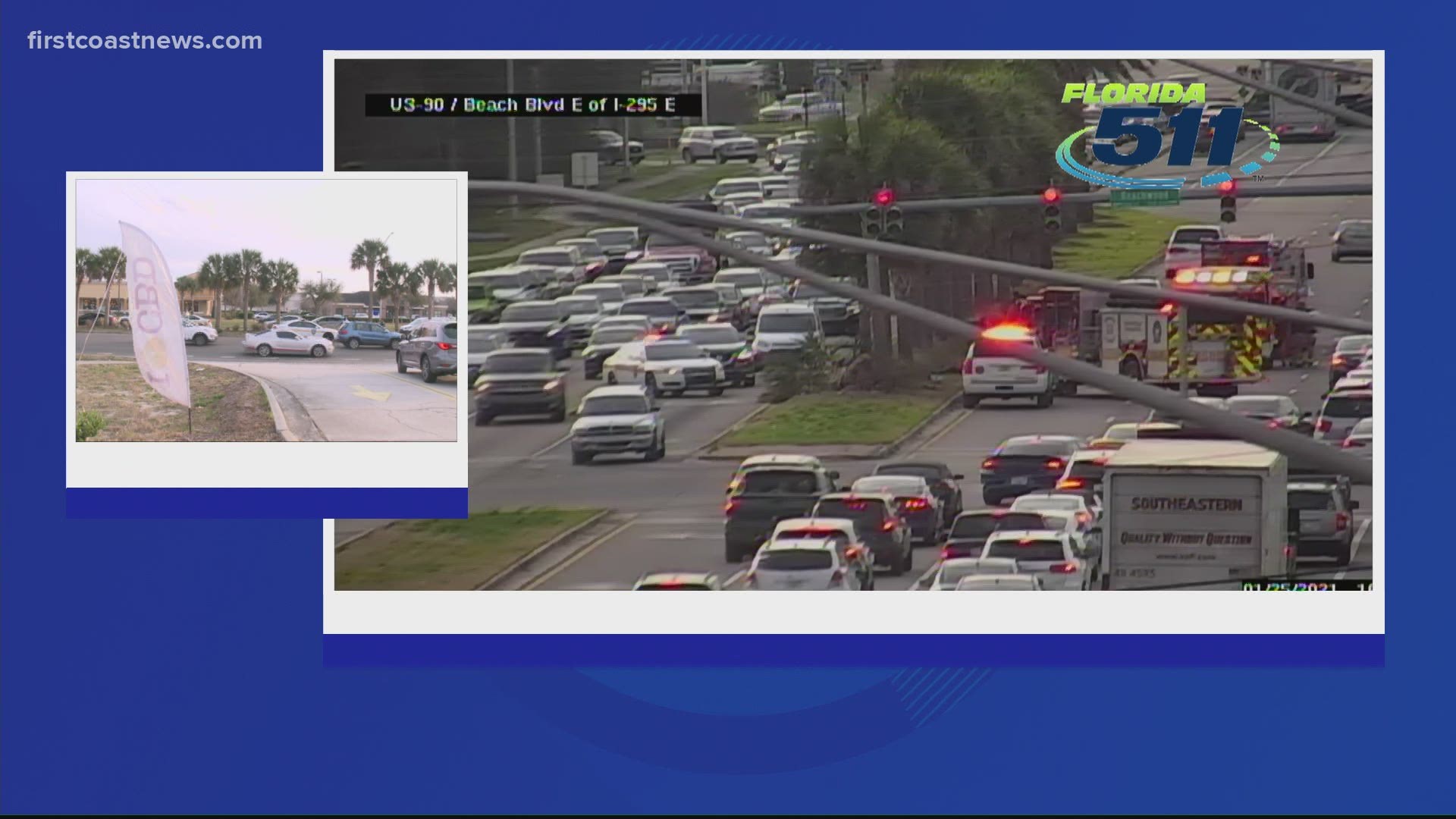 JACKSONVILLE, Fla. — A motorcyclist died Monday after hitting a tree Monday afternoon in the Beachwood area in Jacksonville.

According to the Florida Highway Patrol, the crash happened on Beach Boulevard near I-295 at about 4:19 p.m.

The FHP said a van made a right turn from the Vystar Credit Union at 11674 Beach Blvd. and improperly changed lanes, hitting a oncoming motorcycle.

The motorcyclist, identified as a 29-year-old man, lost control and hit multiple trees in the median. The motorcyclist was ejected from the vehicle. He later died from his injuries at the hospital.

The 63-year-old driver of the van was not hurt.

FHP said the investigation is ongoing and charges are pending.