Jacksonville fireman hospitalized after losing control of firetruck, overturning on I-10

Chief Keith Powers of JFRD told media that the driver, a JFRD captain, is in stable condition with serious injuries after the crash Sunday morning. 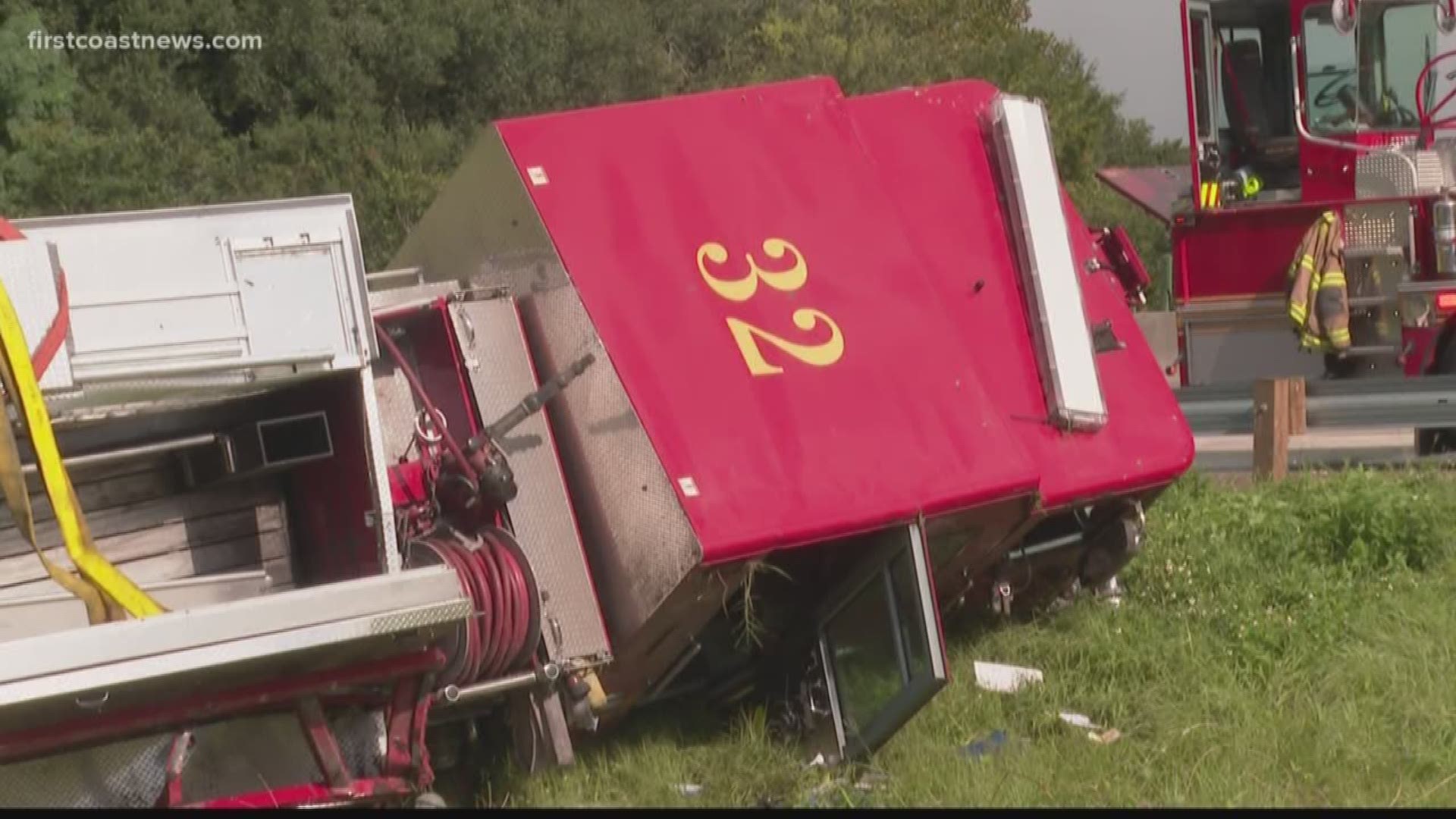 A Jacksonville Fire and Rescue Department captain is at UF Health with serious injuries, but in stable condition, after losing control of the firetruck he was driving and overturning on Interstate-10 West of Lenox Avenue Sunday morning, according to JFRD and the Florida Highway Patrol.

The initial crash report from JFRD said the crash happened at 9:07 a.m. as 53-year-old Daniel Arms, "failed to maintain control of his vehicle, which caused it to veer right."

FHP's report listed Arms as sustaining minor injuries, but Chief Keith Powers of JFRD told media that Arms is in the hospital with serious injuries, and that he was unconscious when bystanders freed him from the flipped truck.

Powers said Arms was driving the firetruck to St. Vincent's to meet up with other crew members from Engine 32 who had gone there to assist a patient they had transported.

Arms was the only firefighter in the truck when he lost control, veered onto the shoulder and crashed through the guardrail before overturning on the shoulder, according to JFRD and FHP.

"Additional JFRD fire units were dispatched, and upon arrival they found a JFRD captain laying outside of the overturned [firetruck] in the grass," Powers said.

Powers said Arms is being treated and has not been able to speak with JFRD after the incident.

"I just ask that everyone keep him and his family in your thoughts and prayers," Powers said. "He has a long road to recovery ahead of him."

FHP is the lead investigating agency in the crash, while JFRD will analyze the damage to the firetruck.