An engineer not affiliated with the bridge, said the failure of an expansion joint was most likely due to the wear and tear of cars driving over the bridge each day. 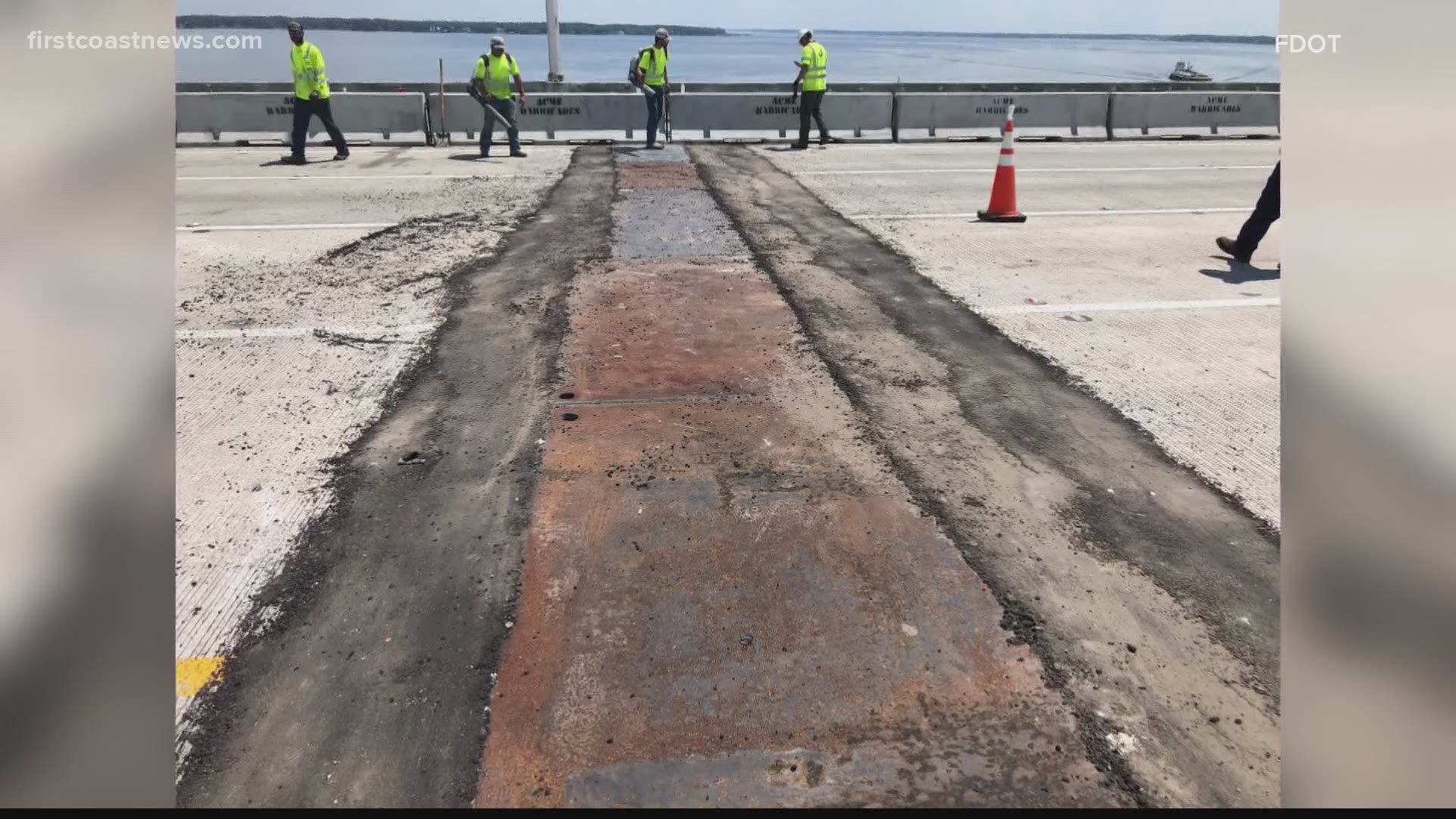 JACKSONVILLE, Fla. — After repairs to the Buckman Bridge shut down the southbound lanes of one of Jacksonville's main thoroughfares for nearly nine hours Thursday, traffic was flowing again for evening rush hour.

“The finger joints are exactly as they're described, it's like holding up your fingers and sliding back and forth," Ron Woods, an engineer not affiliated with the bridge, said.

"There could be something that had gotten lodged in between those. Lots of things drop out on the road, pieces of vehicles, things that fall off vehicles, that can be a part of the problem," he said.

Traffic back flowing southbound on the Buckman pic.twitter.com/BRO5roT1pY

Woods said sand, debris and other dirt can fill up the spaces that allow the joints to expand and contract. If that happens, when the joint tries to then expand, it can break, or break the concrete around the joint.

Crews installed metal plates over the joint as a temporary fix. A spokesperson for the Florida Department of Transportation said additional permanent repairs will occur in the next few weeks.

TRAVEL ADVISORY: The southbound lanes of the Buckman Bridge have REOPENED to traffic following repair work by FDOT personnel. A temporary repair is in place that will allow vehicles to travel safely over the bridge. A more permanent repair will be scheduled in the coming weeks. pic.twitter.com/ObBdr4HYH2

According to Woods, those plates won't damage the joint further. He said even though the closure caused a big headache for many Thursday, the alternative could've been worse.

"You have to err on the side of safety, and particularly something with as much traffic as the Buckman ... and you certainly don't want a vehicle to be damaged by the joint itself or by driving across the joint where damage has already occurred on the bridge," he said. "That could cause someone to have an accident and that could be catastrophic."

According to FDOT's Florida Bridge Information, 2021 1st Quarter report, the bridge was last inspected in February of 2020. It received good ratings.

"It's just something that can occur without necessarily being related to inspection or maintenance," he said.