Troopers say that the crash is still under investigation. 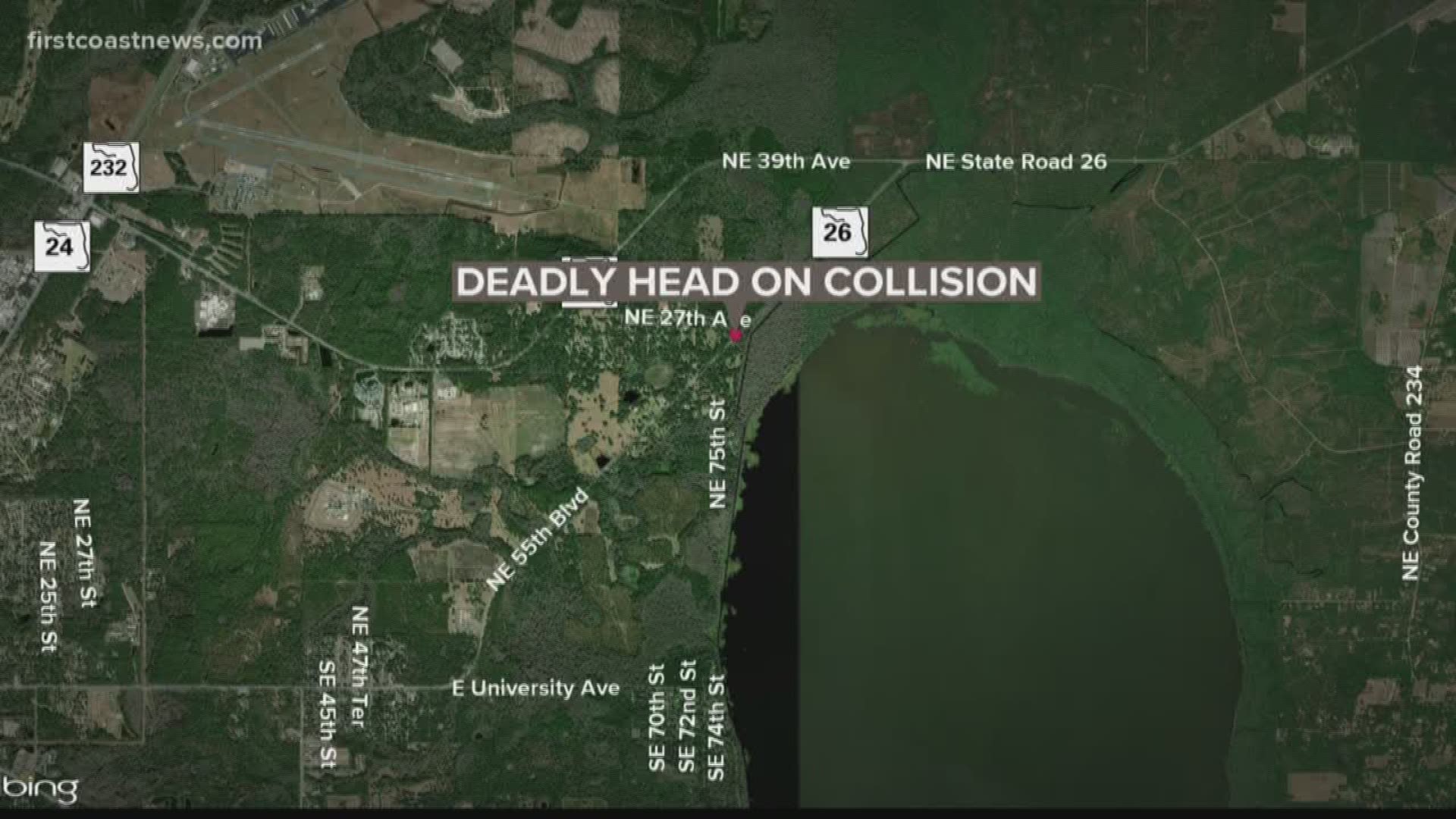 A Fleming Island man and a woman from Starke have died after a crash in Alachua County on Monday evening.

The Florida Highway Patrol says that Morneca Campbell, 22, died as well as a 61-year-old man from Fleming Island who has not yet been identified.

Troopers say that one of the vehicles crossed over the centerline of NE State Road 26, resulting in a head-on collision. Both drivers were taken to Shands Health Gainesville, where they both were pronounced dead.