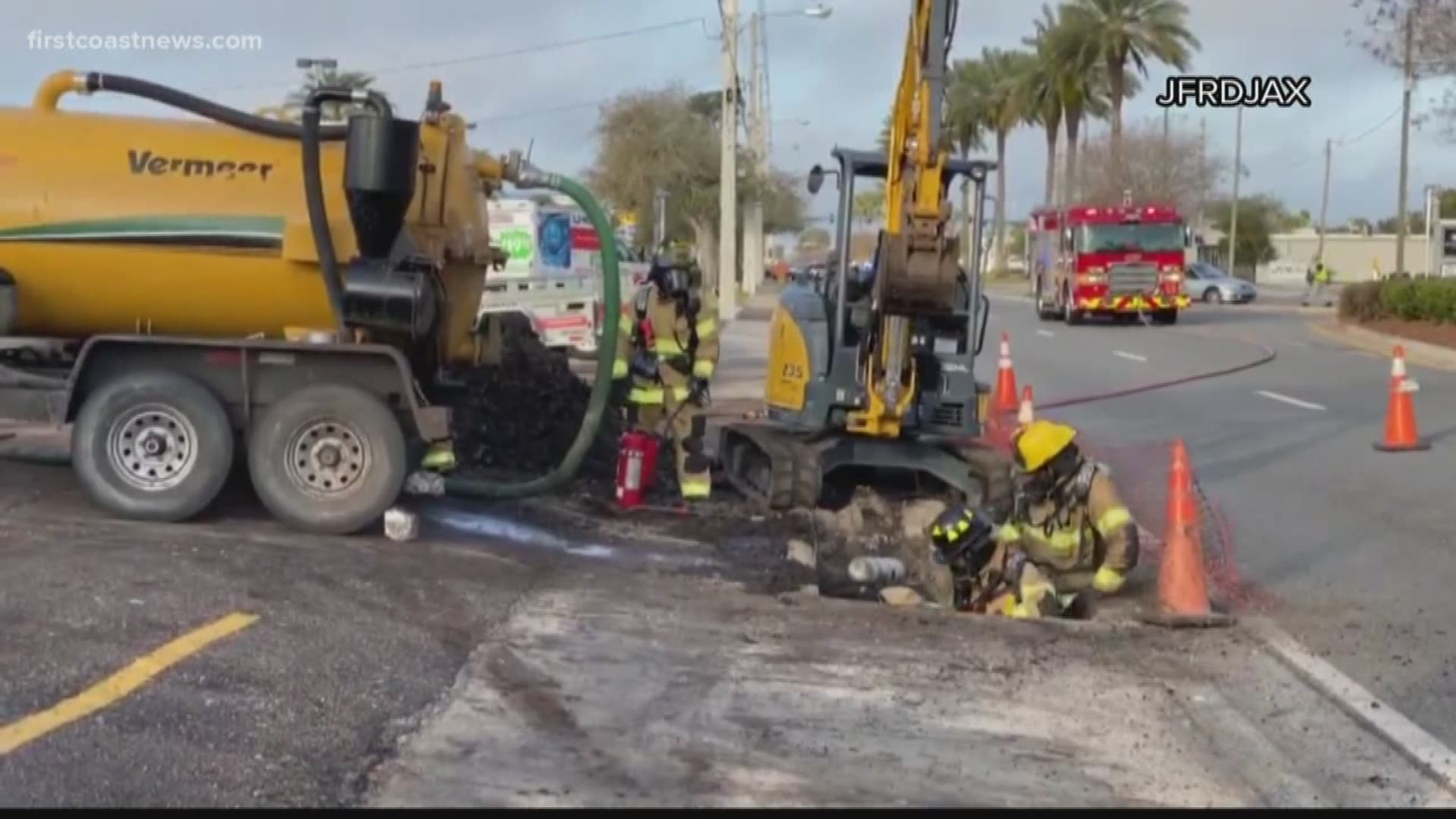 The Jacksonville Fire and Rescue Department tweeted that they were responding to the 600 block of Atlantic Boulevard around 8:18 a.m. to a broken gas line.

All lanes of Atlantic Boulevard were closed from Seminole to Sylvan in both directions.

KATIE'S DETOUR: To get around Atlantic Boulevard, you can use Florida Boulevard or A1A (Mayport Road) to Plaza Road. All routes definitely look heavy, so expect congestion while Atlantic Blvd is closed