Two people are dead and one person is in critical condition following a crash on the eastbound lanes of I-10 near Hammond Boulevard Saturday afternoon. 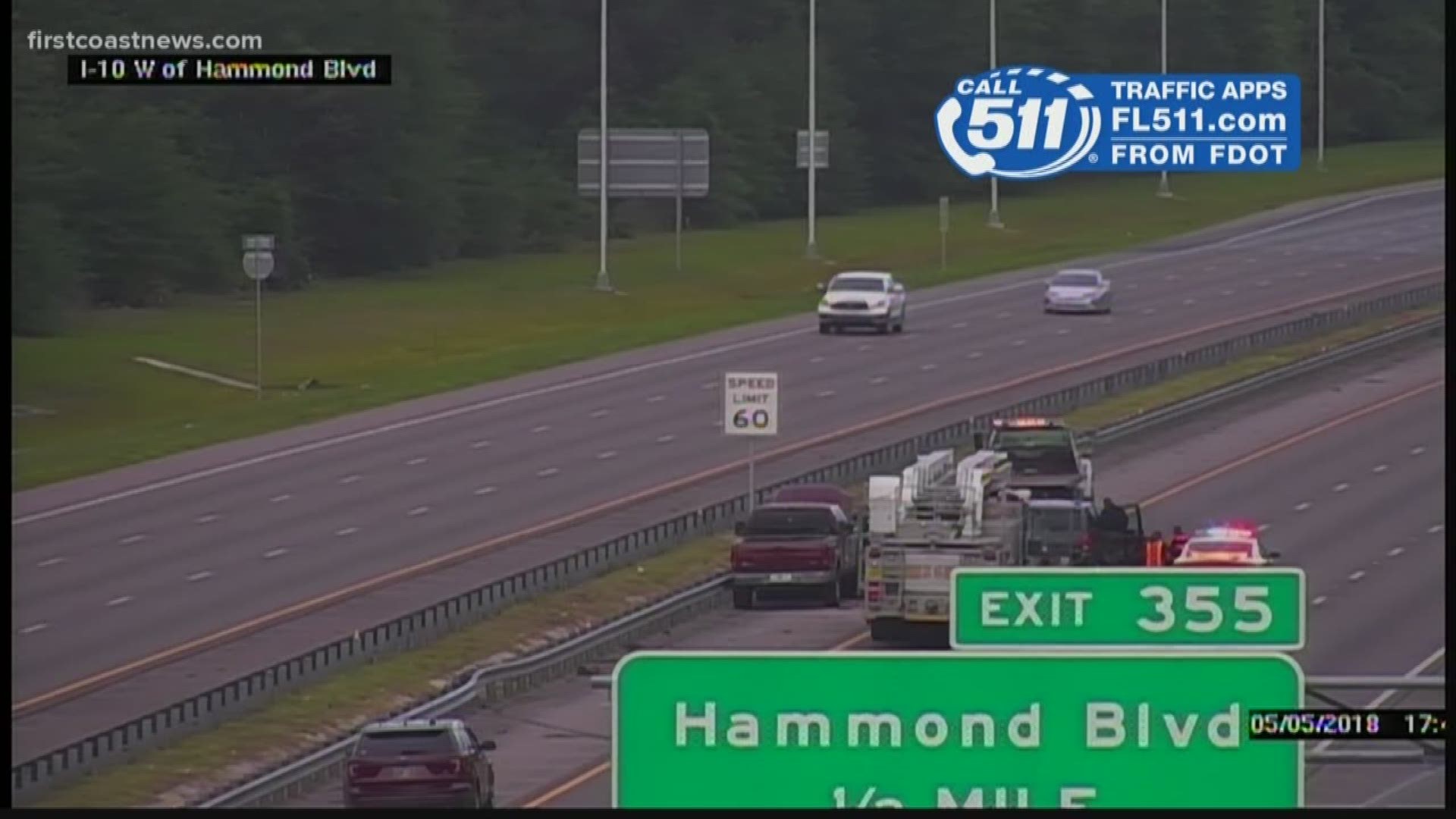 JACKSONVILLE, Fla. - Two people are dead and one person is in critical condition following a crash on the eastbound lanes of I-10 near Hammond Boulevard Saturday afternoon.

The Florida Highway Patrol reported that around 2:30 p.m., a 16-year-old driver of a Ford F-250 was traveling eastbound of I-10 on the outside lane, behind a Honda Civic. The truck collided with the Honda Civic west of Hammond Boulevard, causing both vehicles to crash into the guardrail on the left shoulder, according to the report.

A Nissan Maxima was also struck by the debris from the collision.

The teen sustained minor injuries. The rear passenger of the Honda Civic died at the scene, but the driver and passenger sustained critical injuries.

FHP identified the deceased on the following Monday. Evelyn Lashanon Nichols, 31, of Jacksonville, died as a result of her injuries. It's unknown if she was wearing a seat belt at the time of the crash.

Meanwhile, Lance Drake, 26, of Jacksonville, also died as a result of injuries in the crash. He was not wearing a seat belt, according to FHP.

FHP shut down I-10 for several hours, diverting traffic to Chaffee Road.

The Florida Highway Patrol responded to the scene and initially confirmed it was a fatal crash. It said that the eastbound lanes were blocked near Hammond Boulevard until further notice.