The St. Johns County Sheriff's Office is warning drivers to avoid the area and find an alternate route as they work to clear the crash. 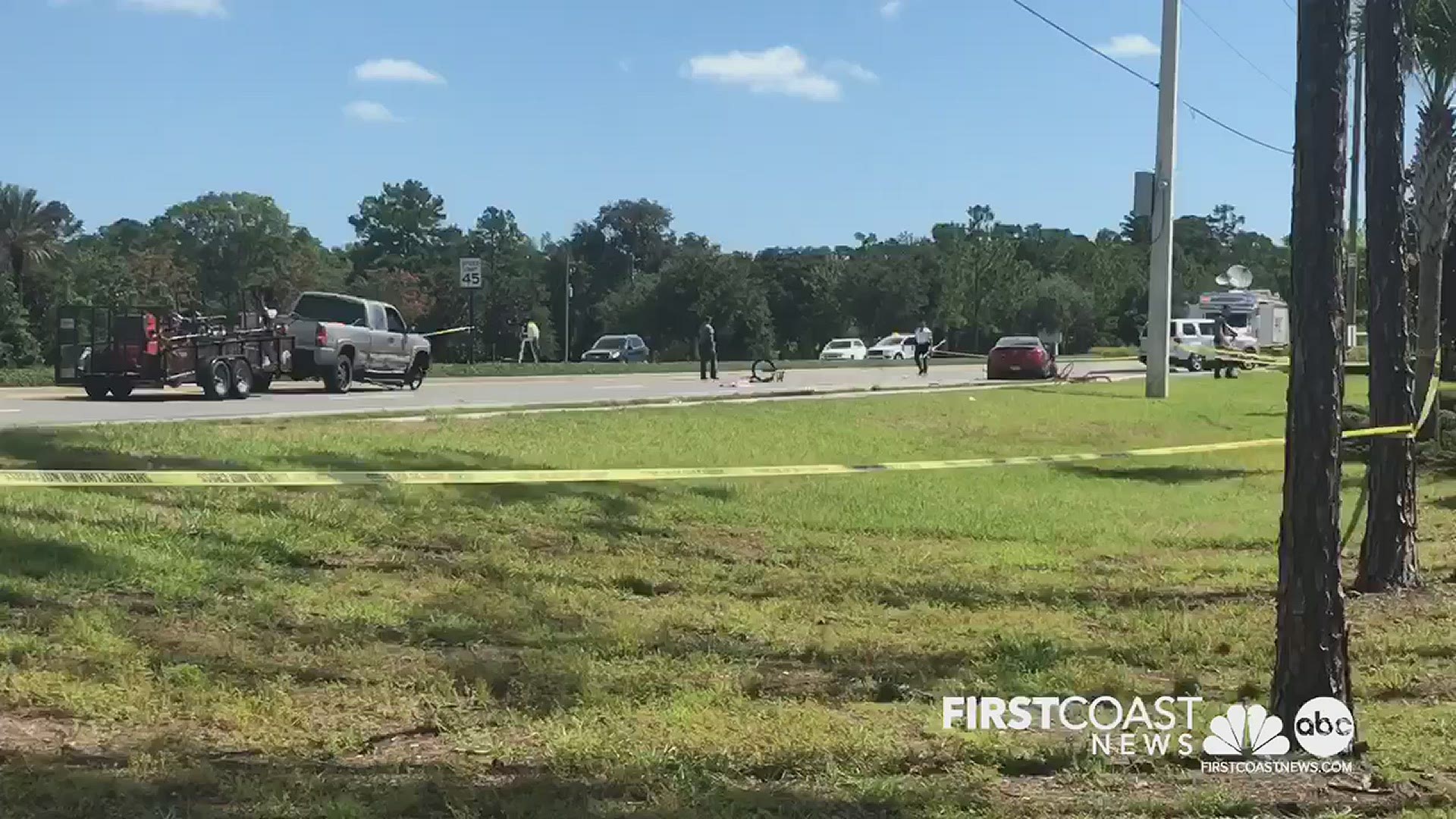 ST. JOHNS COUNTY, Fla. — A crash along Eastbound Palm Valley Road and Nocatee Parkway is expected to close the roadway for at least three hours Saturday morning, according to the St. Johns County Sheriff's Office.

The crash involved a motorist who struck two bicyclists, according to deputies. The bicyclists were both airlifted from the scene and taken to local hospitals. One was in critical condition and the other's condition is unknown at this time.

The motorist stayed at the scene of the crash and is cooperating with the investigation, according to deputies.

Deputies said drivers should avoid the area and seek an alternate route as crews work to clear the crash. At this time, it is unknown what caused the crash.

Stay with First Coast News as this develops.

TRAFFIC ALERT: Eastbound Palm Valley Rd at Nocatee Parkeay is blocked at this time due to a crash involving and will be closed for at least 3 hours.

Please avoid the area and find an alternate route. pic.twitter.com/50CTIw4hsH