Deadly crash on I-295 NB at Duval Road in Jacksonville

This crash is one of five reported across Jacksonville's wet highways Tuesday. 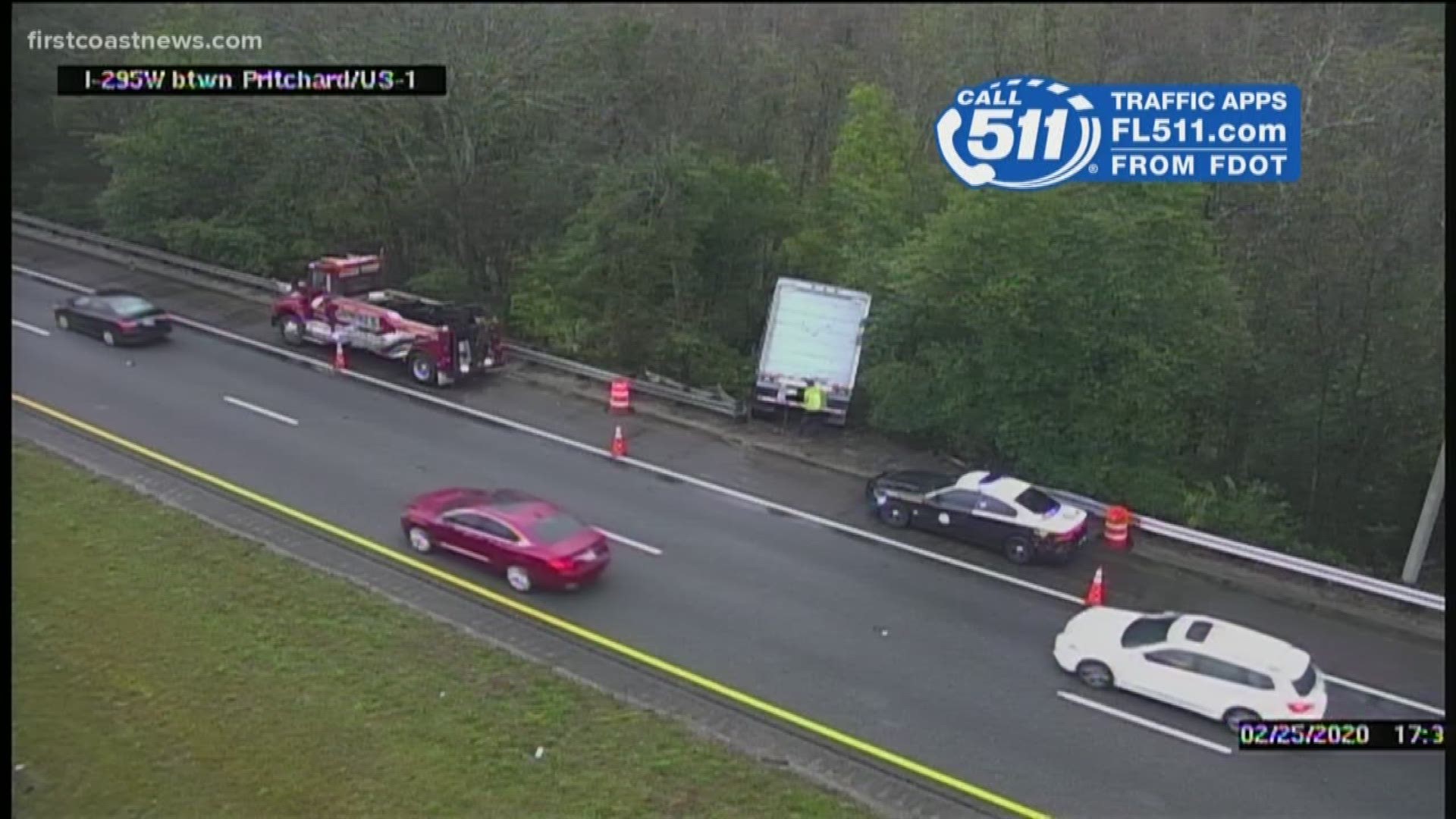 JACKSONVILLE, Fla. — At least one person was killed in a crash on Interstate-295, one of several crashes across Jacksonville's wet highways Tuesday afternoon.

Jacksonville Fire Rescue Department said they were called to a crash at I-295 northbound at the Duval Road exit. A car went under the back end of a semitruck, trapping one person.

Florida Highway Patrol is also investigating the crash, which is blocking part of the highway and causing traffic to back up.

On Butler Boulevard westbound in Duval County, crews responded to a crash blocking the right lane near the Intracoastal Waterway around 1 p.m. That crash also caused traffic delays getting onto Butler Boulevard from A1A in Jacksonville Beach and Ponte Vedra Beach.

FHP also responded to three other crashes on I-95 and I-295 in Duval County Tuesday. Troopers were dispatched to I-95 northbound, just south of I-295 at 1:42 p.m. for a crash blocking the left lane. Another crash at I-95 northbound and Airport Road blocked lanes for at least two hours. And a crash with injuries was reported on the East Beltway earlier Tuesday.