All lanes of San Jose Boulevard at Ricky Drive were blocked after a car and motorcycle collided. 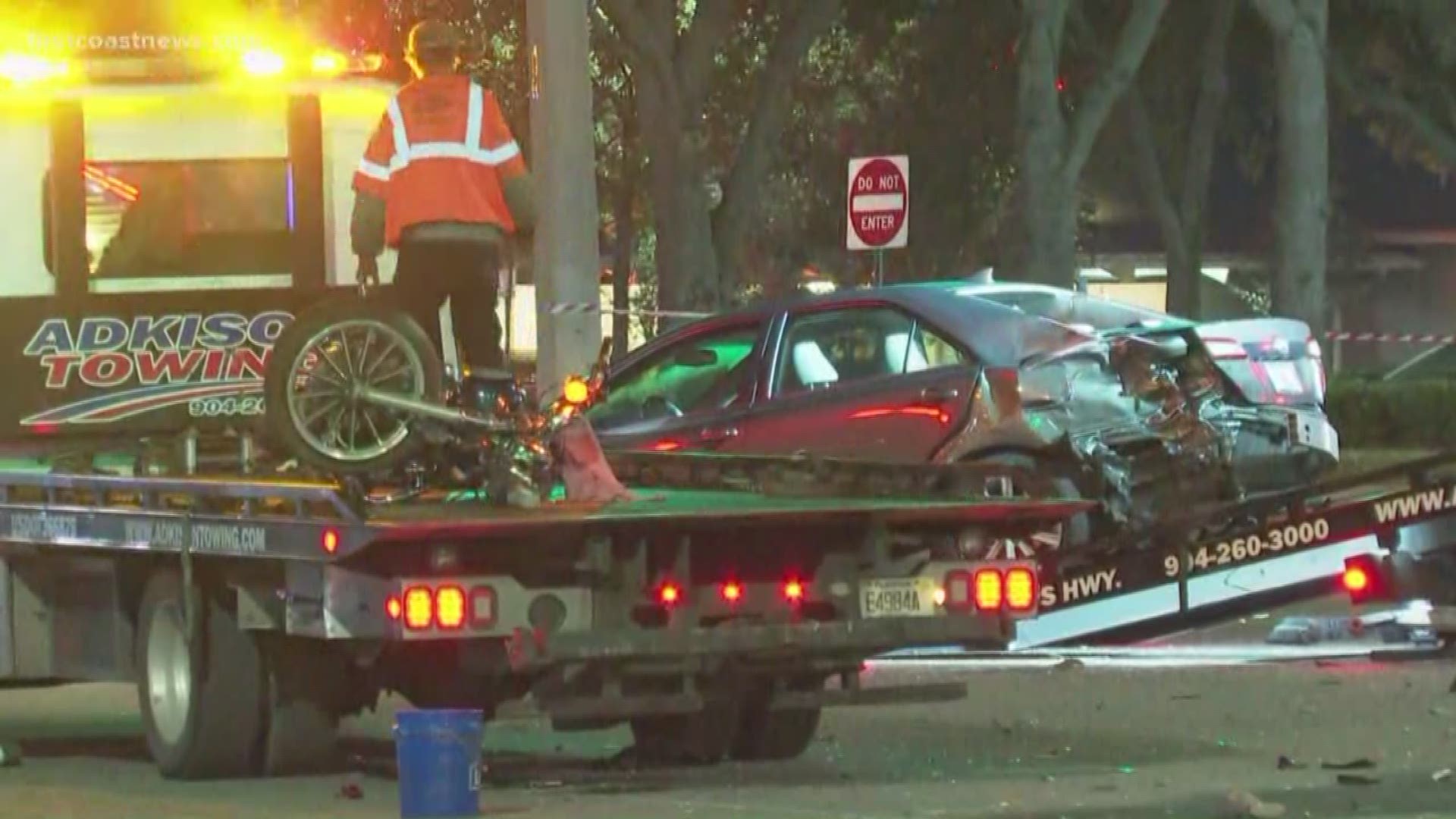 JACKSONVILLE, Fla. — A motorcyclist was hospitalized with life-threatening injuries Wednesday night after his bike was struck by a car at the intersection of San Jose Boulevard and Ricky Drive in Mandarin, according to the Jacksonville Sheriff's Office.

Traffic in both directions of San Jose Boulevard was at a complete standstill, with all lanes blocked. The lanes have since reopened as of 11:21 p.m.

The driver of the car involved in the crash was not hurt, police said.