Motorcyclist sent to hospital after crash with SUV on 103rd Street

The Jacksonville Sheriff's Office said all eastbound lanes of 103rd Street at Ricker Road reopened after being closed for an hour Friday morning. 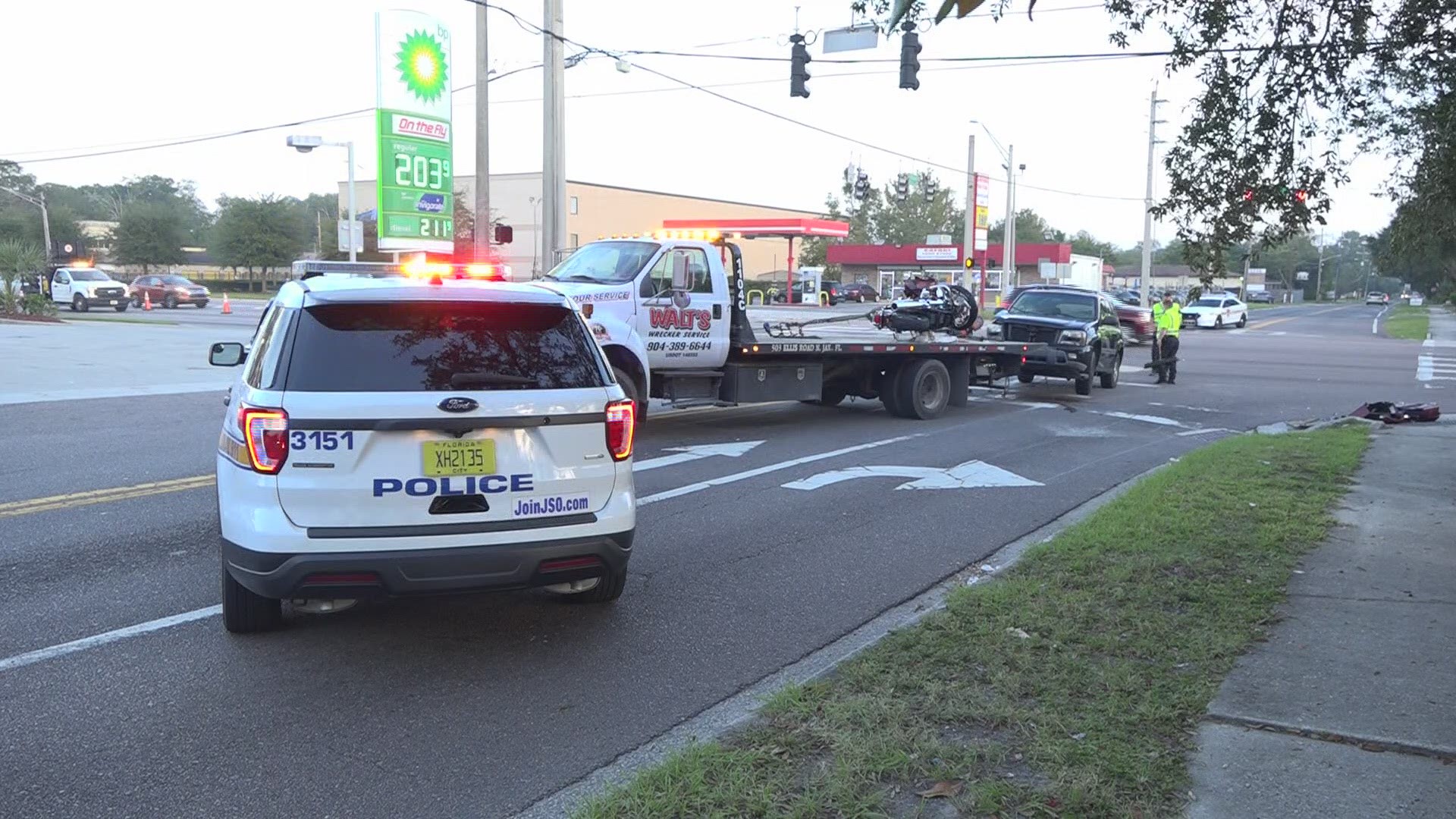 JACKSONVILLE, Fla — A motorcyclist was taken to the hospital after a crash with an SUV on the Westside Friday morning.

All lanes of 103rd Street reopened after being closed for about an hour. A First Coast News crew on the scene said the crash involved a motorcyclist that was hit by a Chevy Trailblazer.

The motorcyclist was taken to the hospital. The driver of the Chevy was not injured, according to our crew at the scene.

JSO is still investigating what led to the crash, and charges are pending.

TRAFFIC ALERT: All EB lanes of 103rd St. are closed at Ricker Rd. due to a crash. Traffic is backed up to Old Middleburg Rd. #GMJ @FCN2go pic.twitter.com/VHN94Atak6