First responders are advising that a hazmat team is on the scene. 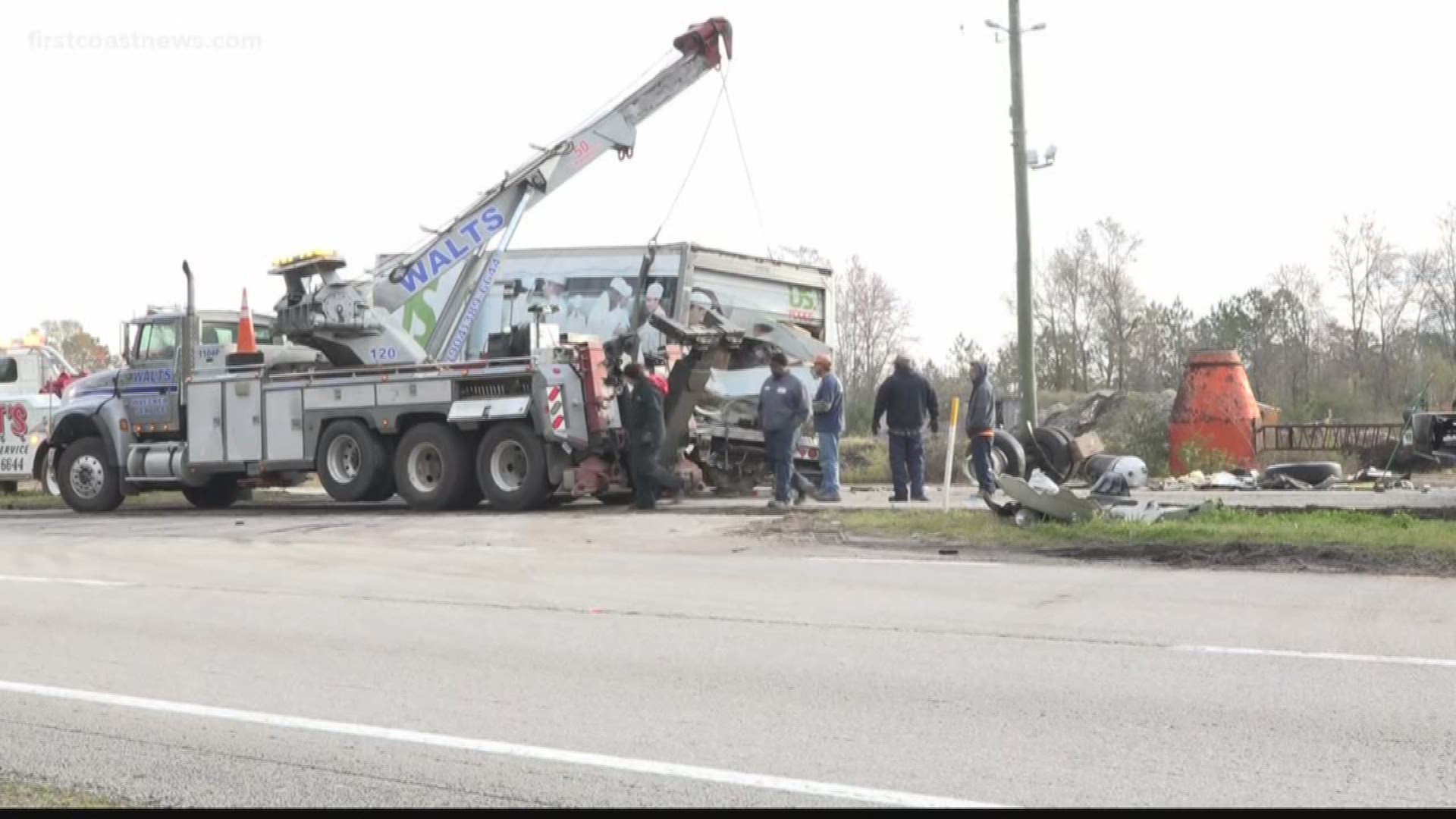 Cleanup is underway on US 301 at Fiftone Road after an early morning crash involving two semi-trucks on Wednesday.

The Jacksonville Sheriff's Office says traffic was being diverted EB onto Normandy Blvd.

The Jacksonville Fire and Rescue Department (JFRD) initially responded to the crash around 4 a.m. They tweeted that a hazmat team is was the scene.

JFRD has since cleared the scene but the lanes are still blocked.

JFRD initially tweeted that the crash involves three trucks but FCN's investigative team has since learned that there was only two.

First responders said a person was trapped for a brief period of time and had to be pulled out.

The Jacksonville Sheriff's Office says there are injuries associated with this crash. Motorists are advised to use caution when driving in the area.